Our look ahead to 2012's biggest videogames begins today with a preview of titles expected for the Nintendo 3DS and new PlayStation Vita. Later this week, we'll look at PC and console titles.

When it launched last spring, Nintendo's 3D-equipped follow-up to the DS seemed like a flop; early hardware sales were disappointing, and the original lineup of games was unimpressive. (Indeed, 2011 saw just 14 positively reviewed games released for the device.) But a funny thing happened later in the year: thanks mainly to a price drop, but also to late-arriving games like the excellent Super Mario 3D Land, the 3DS became a hit.

The lineup of 3DS games for 2012 seems much more promising than last year's roster, and February 7 will also see the arrival of a new hardware add-on: the Circle Pad Pro ($20, from GameStop only), which adds a few buttons and a second analog stick on the right side of the unit. Below, we look at some of the top 3DS games expected to arrive before the end of the year, with release dates listed if announced. Note that a few major titles like the new Legend of Zelda and Super Smash Bros. games currently in development are not included because they likely won't arrive until 2013 or later. 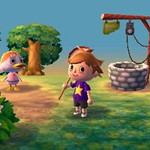 There hasn't been a good Animal Crossing game since 2005's DS title Animal Crossing: Wild World 86, but the franchise's first 3D installment (that title is still tentative) adds more customization options and the ability to swim in addition to subtle 3D effects. You also, for the first time, get to be the village mayor, though you'll have an assistant to help you develop your town. 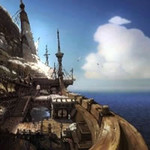 While the title implies that perhaps something was lost in the translation from Japanese, fans of classic fantasy-RPG games (especially Final Fantasy V, which offers similar gameplay basics) will find something new in Bravely Default: namely, the integration of augmented reality into gameplay. (The details of precisely how it will do that, however, are still a bit of a mystery.) Note that an English-language version has yet to be confirmed. 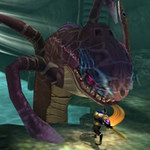 An original action-RPG title developed by n-Space, Heroes of Ruin follows four mercenaries who form an unlikely alliance to save the cursed ruler of the city of Nexus. The unique aspect here is the emphasis on the 3DS' social capabilities, with the game utilizing StreetPass to set up a Traders Network for gamers to trade items with fellow players. Players can also use SpotPass to participate in daily challenges. 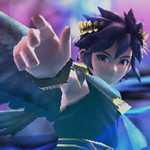 Nintendo fans have been clamoring for another Kid Icarus-centered game for over two decades (he showed up as a fighter in 2008’s Super Smash Bros. Brawl), and they'll finally get their chance this year. Originally announced last year but held back to March, Kid Icarus Uprising follows 1991’s Game Boy Kid Icarus: Of Myths and Monsters and is exclusively available for the Nintendo 3DS. In a strange departure, the game is not an action platformer, but rather a third-person shooter. Advance word has mostly focused on how much the game strains the player’s hands, since you must hold the system nearly still to properly achieve the 3D effect while simultaneously using the touchscreen to defeat enemies. A stand is being released that will lessen the pain, but this of course will also keep the system on a surface, thus removing the 3DS’ portability factor. 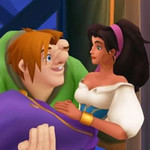 Due March 29 in Japan (and at a still unspecified later 2012 date in the rest of the world), the 3DS-exclusive seventh chapter in the Disney-themed action-RPG series comes from the same team that developed the PSP's Birth by Sleep 82, and borrows gameplay elements from Final Fantasy XIII. One of the settings seen for the first time in Dream Drop Distance will be based on The Hunchback of Notre Dame. 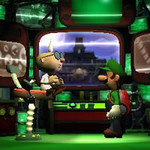 Nintendo GameCube launch title Luigi’s Mansion is getting a long overdue sequel this year (the original game was released in November of 2001). Little is known about the 3DS-exclusive Luigi's Mansion 2 other than that t will see Mario’s brother Luigi using his bright flashlight and vacuum cleaner to capture ghosts with what promises to be the most striking use of 3D on the 3DS yet. 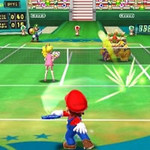 The latest version of the popular Mario sports franchise will reportedly feature gyroscope support, though other details—such as a release date—have yet to be revealed. 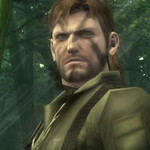 Eight years later, the classic PS2 title Metal Gear Solid 3: Snake Eater 91 gets a 3D upgrade for its first portable release. The Cold War-era stealth action actually gets a graphical upgrade from the jump to the smaller screen while also adding a new first-person mode, and the title will be one of the few upcoming releases to take advantage of the new Circle Pad Pro accessory.

If you are a fan of the Monster Hunter franchise, that alone may be enough reason to pick up a 3DS if you don't already own one. Not only has the new Monster Hunter 3G been a monster hit in its first month of release, but Capcom has announced plans to bring the fourth installment to the 3DS this year—the first time a main Monster Hunter title will debut on a handheld device (and a rarity for a series that has typically released its portable games on Sony's platform). Oh wait, you do live in Japan, don't you? If not, you may not get either game, as there are no current plans for North American releases. 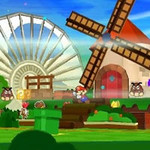 While a series known for its 2D-styled gameplay may seem an odd choice for a device known for its 3D graphics, early trailers look like it'll be a good fit, and we'll welcome any chance to get a new title in the always charming series. Expect action-RPG gameplay similar to the original Paper Mario. 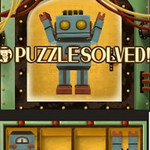 Professor Layton and the Mask of Miracle
Nintendo

One of the 3DS launch titles in Japan a year ago, the latest Professor Layton puzzler should finally get a worldwide release in 2012. Meanwhile, gamers in Japan may get a fifth Layton game later this year. 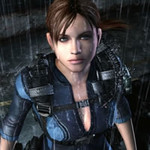 While most games for the 3DS are kid-friendly, don't count Resident Evil: Revelations in that category; this is one dark, scary game. A 3DS exclusive, Revelations fills in the gap in the Resident Evil storyline in between RE4 and RE5, and the survival horror gameplay (much of it taking place on a creepy cruise ship) allows you to switch between first- and third-person views. Despite the fact that it is a handheld release, Revelations might just be one of the best Resident Evil titles to date and one of the best-looking titles for the 3DS; early reviews are very strong. 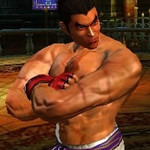 Only the second title in the venerable fighting franchise to get a release on a Nintendo platform, Tekken 3D: Prime Edition is also the first 3D release in the series, and promises sharp 60 FPS graphics (even in 3D mode). The game will include at least 40 characters, including the full roster from Tekken 6.

Earlier, we criticized the Nintendo 3DS for having just 14 positively-reviewed games in 2011, but it was Sony's PlayStation Portable that really struggled, with just a dozen decent new titles released last year. Everything changes next month, however, when the PSP's successor arrives in stores.

The new $250 ($300 for 3G access) PlayStation Vita lands in North America on February 22, or a week earlier on the 15th, if you purchase the "First Edition" bundle. While the device looks similar to the PSP on the outside, the Vita boasts a much sharper screen, touchpads on the front and rear, improved networking, and more. The lineup of games arriving at or near launch is also unusually strong (including a new Uncharted title!), though that hasn't been enough to win over Japanese gamers, who have been staying away from the device after its launch last month. Below, we look at some of the top Vita titles expected to arrive in 2012. 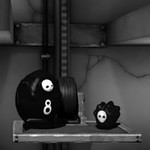 A gorgeous-looking black-and-white action-puzzler, the downloadable (via PSN) Escape Plan comes from the team behind the Fat Princess series, though don't hold that against it. The side-scrolling action asks you to help Lil and Laarg navigate a trap-filled environment using a variety of different controls, and the game has charm to spare. 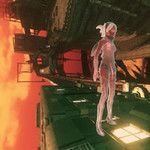 Designed by Silent Hill creator Keiichiro Toyama, this promising platformer features a high concept hook: players have the ability to manipulate gravity. As you begin to master your new powers, you'll be able to walk on walls, fly through the air, and do nasty things to your enemies. The sharp, comic book-style graphics add another unique element to the game, which is shaping up to be one of the year's most original action titles. 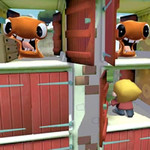 While it likely won't be the best launch game available for the Vita, this minigame compilation is designed to showcase the device's various control schemes. 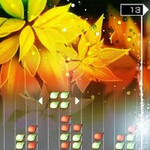 When the original PlayStation Portable launched back in 2005, puzzle game Lumines 89 became one of its first hits, and was heralded by critics as a modern successor to Tetris. So it is not surprising that the PSP's follow-up is getting its own Lumines launch title. Electronic Symphony features upgraded graphics, a new soundtrack from electronic dance music luminaries like the Chemical Brothers and Kaskade, and a variety of new gameplay modes. 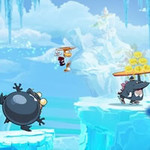 Last year's console hit comes to portable devices for the first time in a Vita version that retains its cartoony platforming charm, though without the multiplayer. Note that the game will also be available for the 3DS on February 17. 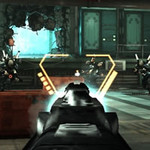 The sci-fi shooter franchise (last seen in 2011's PS3 title Resistance 3 83) will land on the Vita this summer with the series' first portable spin-off since Resistance: Retribution 81. A first-person shooter, Burning Skies takes place prior to the events of Resistance 2 and introduces a new protagonist, the fire axe-wielding Tom Riley. 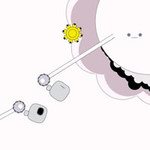 Another one-of-a-kind Vita exclusive, the side-scrolling music platformer Sound Shapes comes from Jonathan Mak, creator of cult hit Everyday Shooter. The relatively simplistic graphics range from abstract to cartoony, but the gameplay is so addicting that the title won several awards at last year's E3 conference. Plus, the built-in level creator doubles as a clever music composition tool. 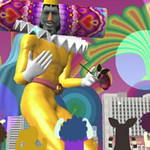 The latest incarnation of the Katamari franchise arrives on the PlayStation Vita next month, with Touch My Katamari announcing its new gameplay feature in its title. Both the front and rear touchscreens on the Vita can be used to stretch and shape your collected ball of clutter as you attempt to please the fickle King of the Cosmos. It remains to be seen if the music will be as cool and the gameplay as addictive as those of the other titles in this imaginative series. 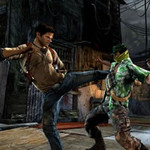 Coming up next month is a brand new Uncharted adventure, and it's the first handheld title in the franchise. Uncharted: Golden Abyss is available exclusively for the Vita and has protagonist Nathan Drake again chasing ancient mysteries. The game is a prequel that is set before the first game in the series (Uncharted: Drake’s Fortune 88) and finds our hero in Central America searching for a lost city. The game, though overseen by Uncharted developers Naughty Dog, was actually created by Oregon’s Bend Studio, which has a high bar to meet. But the first batch of reviews, which range from positive to glowing, suggests that they may have succeeded. 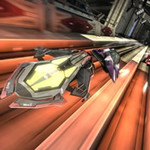 The latest installment in the high-speed, futuristic racing franchise allows Vita gamers to play online against PS3 owners with a copy of Wipeout HD. Control the action via the front-and-rear touchpads and, optionally, with the built-in gyroscope as well.

Are you looking forward to the Vita? What do you think of the game lineups for the Vita and the 3DS? Which titles did we leave out? Let us know in the comments section below.