Movie nominations: Getting it mostly right for a change 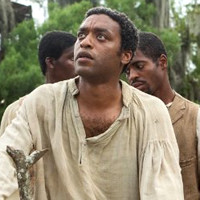 The Hollywood Foreign Press Association announced the nominees for the 71st Annual Golden Globe Awards on Thursday morning, and for the first time in recent memory, there were no major gaffes in the best picture categories. While Rush and (to a lesser extent) Philomena were surprise nominees, all of the best picture candidates were positively reviewed films, and the HFPA didn't omit any major contenders. And voters didn't bite on best picture bait like Saving Mr. Banks, Lee Daniels' The Butler, and August: Osage County, which doesn't bode well for those films' Oscar hopes.

The Butler was also shut out of all acting categories, just days after it scored big in the SAG nominations. Other surprises included acting nominations for Kate Winslet (for the upcoming Labor Day, which previously had been shut out of awards season) and Greta Gerwig (Frances Ha), but for once this was mostly a respectable showing from the HFPA. Even the foreign-language nominees were in line with previous awards from critic groups.

TV nominations: Netflix is in and out 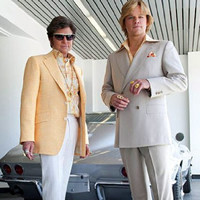 The Globe nominations for television were fairly safe and predictable, though there were a few surprises here as well, including the nomination of Fox newcomer Brooklyn Nine-Nine in the best comedy series category. Showtime's Masters of Sex and Netflix drama House of Cards also broke through in their debut seasons, though fellow Netflix series Arrested Development and Orange Is the New Black failed to earn nominations in the top categories (each picked up one acting nod).

The HFPA continued to pretend that AMC's Mad Men doesn't exist (that show received zero Globe nominations this year, after receiving just one for Jon Hamm the prior year), but it did recognize Orphan Black star Tatiana Maslany, something the Emmy voters failed to do earlier this year. And Chiwetel Ejiofor, Idris Elba, and Julia Louis-Dreyfus were rare dual nominees this year, with honors for both film and television work.

HBO led all networks with nine nominations, followed by six apiece for Netflix, Starz, and Showtime. The full list of TV nominations is below.

The 71st Annual Golden Globe Awards ceremony will be broadcast live on NBC on Sunday, January 12, 2014 at 8:00p ET, with Tina Fey and Amy Poehler returning as hosts.

Don't forget to keep up with all of this year's film awards and nominations with our 2013 Film Awards Scorecard.