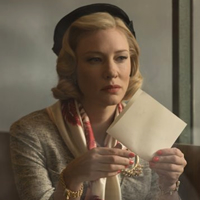 The Hollywood Foreign Press Association announced the nominees for the 73nd Annual Golden Globe Awards early Thursday morning, and Todd Haynes' period melodrama Carol led all films with a total of five nominations, giving that film a new leg up in an awards-season race that had been dominated by Spotlight (another best picture nominee at the Globes) so far.

Alejandro G. Iñárritu's upcoming western The Revenant also introduced itself as a major awards-season contender with four nominations, including best picture. And fan favorite Mad Max: Fury Road also got a boost, securing yet another best picture nomination. Another big winner on the morning was Alicia Vikander, who managed to secure two film acting nominations (one supporting). Lily Tomlin, Idris Elba, and Mark Rylance were also nominated twice, splitting their honors between film and television.

As expected, the HFPA's usual loose definition of the concepts of "comedy" and "drama" were blurred even further this year by the inclusion of more dramatic titles such as The Martian and The Big Short in the "comedy or musical" best picture race. It also wouldn't be a Golden Globes nominations announcement without at least one out-of-left-field nomination. This year, Al Pacino's inclusion in the lead actor race for the little-seen Danny Collins easily falls under that heading. 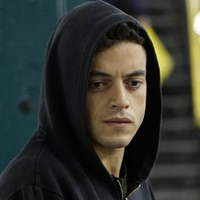 On the TV side, no one title dominated. Five shows, including newcomers American Crime and Mr. Robot, tied for the lead with three nominations each. Fargo, last year's overall leader with five nominations, added another three this year, though HBO series True Detective fell from four nominations last year (good for second place) to zero this year.

Netflix led all TV "networks" with eight nominations, but the honors were fairly well distributed among numerous delivery services. HBO had seven nominations, Starz a surprising six, and Amazon and FX each collected five. The top broadcast networks were ABC and Fox, with four nominations apiece.

The 73rd Annual Golden Globe Awards will be broadcast live on NBC on Sunday, January 10, 2016 at 8:00p ET, in a ceremony hosted by Ricky Gervais.

Before then, keep track of all of this year's film awards and nominations with our 2015 Film Awards Scorecard.