Updated at 1:29p with trailers for ABC's new fall shows.

Our comprehensive coverage of the TV network upfront presentations this week in New York continues with a look at ABC's plans for the 2019-20 season. We'll have additional reports for the other networks each day this week. See more upfronts coverage... The status of each of last season's shows is indicated below. Headed into the past weekend, only three scripted ABC shows remained on the bubble: hit comedy The Goldbergs and its spinoff Schooled—which were both renewed on Saturday afternoon (the delay was merely so that producer Adam Goldberg could negotiate a deal to leave Sony for ABC Studios)—plus first-year drama Whiskey Cavalier, which was canceled on Sunday afternoon in what the network is describing as a "tough decision," and one likely necessitated by the last-minute pickup of Emergence (detailed below).

Midseason debuts that do not yet have a day/time:
American Idol, The Bachelor, The Baker and the Beauty, For Life, Kids Say the Darndest Things, Marvel's Agents of S.H.I.E.L.D., Station 19, United We Fall

ABC's new shows at a glance

The six first-year series ordered for ABC's 2019-20 season are detailed below. ABC passed on pilots including a revival of Dick Wolf's cop drama New York Undercover (which is now being shopped to multiple other networks and could find a home elsewhere), a Heather Graham-led adaptation of Liane Moriarty's novel The Hypnotist's Love Story, Tig Notaro's Tennessee-set dramedy Thicker Than Water, Katey Sagal family comedy Nana, a Kenya Barris-created remake of Bewitched (which could resurface in the future), the comedy Work Wife (based on the lives of Kelly Ripa and Ryan Seacrest), and the Bermuda Triangle sci-fi drama Triangle (which is still in the process of filming and could be picked up later). The network also passed on a reboot of its long-running hit NYPD Blue with a mostly new cast, but producers are currently reworking the series and, if all goes well, ABC will consider it for a midseason slot. A similar fate awaits Heart of Life, a drama pilot inspired by a John Mayer song, which appears to be jettisoning all but its title in the hopes of finding its way to the network next year.

The Baker and the Beauty
DRAMA coming in midseason 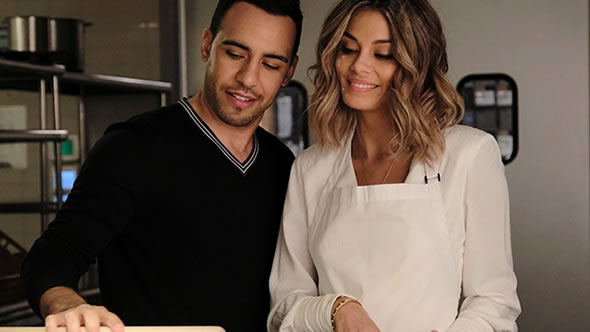 A remake of an Israeli series, Miami-set romance The Baker and the Beauty traces the unlikely relationship between a Cuban-American man (Victor Rasuk) working in his family's bakery and an internationally famous fashion mogul (Nathalie Kelley) whom he meets on a wild night out. The adaptation comes from Dean Georgaris (The Brave), who also has the new legal drama Bluff City Law starting on NBC next season. 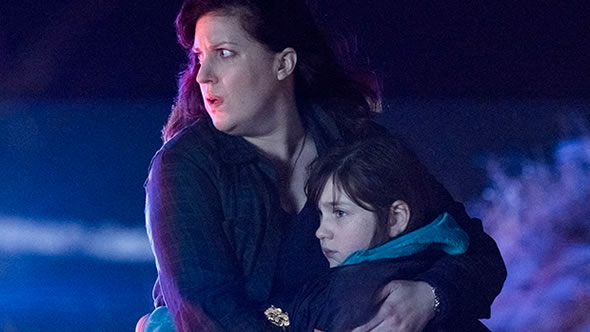 This conspiracy thriller comes from Michele Fazekas and Tara Butters, who previously created the CW series Reaper and short-lived ABC drama Kevin (Probably) Saves the World. Allison Tolman (Fargo) heads the cast as a police chief who discovers an amnesiac child (Alexa Swinton) at the scene of a mysterious accident. Clancy Brown, Donald Faison, Zabryna Guevara, and Owain Yeoman also star. The pilot was actually developed by NBC, but that network passed on the series after failing to find an open slot for it, and ABC (which produces the show anyway) quickly picked it up.

For Life
DRAMA coming in midseason 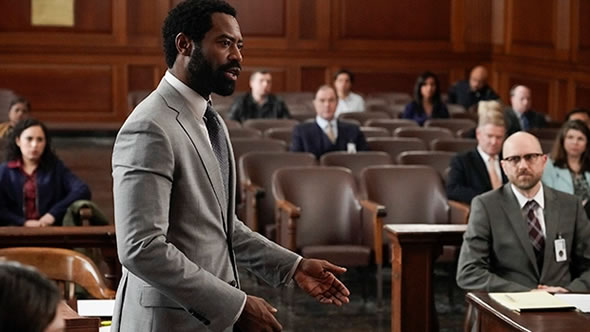 This 50 Cent-produced drama is inspired by the true story of Isaac Wright, Jr., a wrongfully convicted drug kingpin who was eventually exonerated and became a lawyer, ultimately arguing cases in the same court where he was given a life sentence. Created by Hank Steinberg (The Last Ship), the show begins with its protagonist (Nicholas Pinnock) still in prison. Indira Varma, Mary Stuart Masterson, Glenn Fleshler, and Dorian Missick also star. 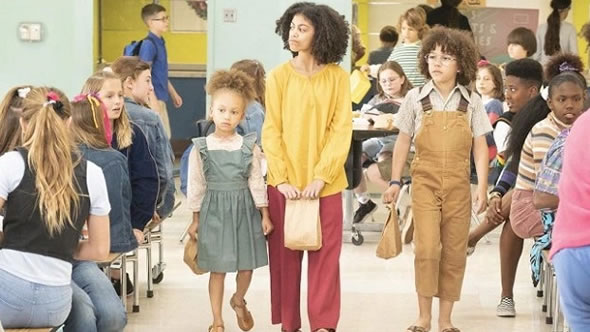 The second spinoff from ABC's comedy hit black-ish (following grown-ish, which airs on Freeform) is a prequel centering on a young version of Tracee Ellis Ross' character Rainbow Johnson in the 1980s, when she grew up in a suburban mixed-race family after her parents moved from a hippie commune to a neighborhood with better schools. Arica Himmel plays the young Bow and Tika Sumpter plays her mother, but the role of her father is now being re-cast. (He was originally played by Anders Holm of Workaholics.) Weirdly, mixed-ish will lead into the returning black-ish on Tuesday nights rather than the other way around. 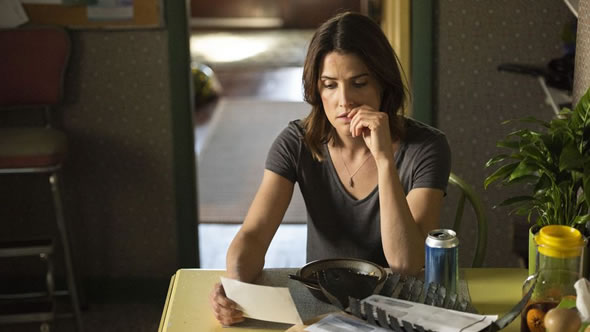 An adaptation of the Oni Press comic series Stumptown (a nickname for Portland, Oregon, where both the graphic novels and TV series are set), this drama stars Cobie Smulders as Dex Parios, a "sharp-witted" Army veteran now working as a private investigator after she has trouble holding down a steady job as a civilian. The adaptation comes from Jason Richman (Detroit 1-8-7, Lucky 7) and also stars Camryn Manheim, Cole Sibus, and Michael Ealy, though original co-star Mark Webber was just fired and will be replaced with an actor to be named later. Another potential replacement before the series airs: the title Stumptown (though now it looks like it will stick). 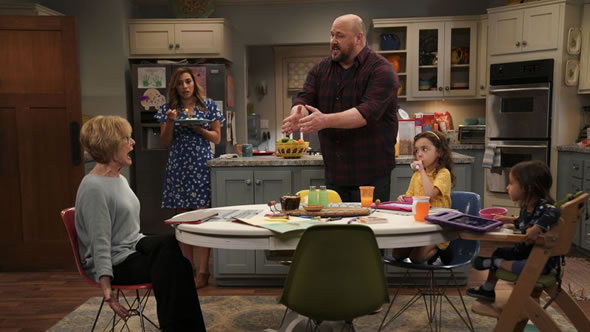 ABC's latest family sitcom follows a married couple played by Will Sasso and Christina Vidal as they navigate parenthood and their highly judgemental families, including a mother(-in-law) who lives with them, played by Jane Curtin. The multi-camera comedy comes from Julius Sharpe, who previously created the Fox time-travel comedy Making History and served as a writer on nearly every Seth MacFarlane series to date.