Updated at 3:05pm with new trailers and details.

Our comprehensive coverage of the TV network upfront presentations this week in New York continues with a look at ABC's plans for the 2014-15 season. We'll have additional reports for the other networks each day this week. See more upfronts coverage... The only new announcements today were official renewals for newsmagazine 20/20 and cooking competition The Taste, the latter being a mild surprise.

The 14 first-year series ordered for ABC's 2014-15 season are detailed below. Pilots that did not get picked up include the comedy Bambi Cottages (in which married couple Paul F. Tompkins and Molly Shannon run a B&B with their kids), psychic crime procedural Clementine, an adaptation of Dangerous Liaisons starring Katie Holmes, the dark crime thriller Exposed (based on yet another Scandinavian series) that was to star Mary Elizabeth Winstead, the David Schwimmer comedy Irreversible, the Kevin Hart divorce comedy Keep It Together, and Henry Winkler vehicle The Winklers.

Developed in relative secrecy without shooting a pilot, Marvel's second ABC series has Hayley Atwell reprising her Agent Peggy Carter from the Captain America films as well as a short film that appeared on the Iron Man 3 Blu-ray. It is actually the latter that serves as a stepping-off point for this series, which will find Carter navigating life as a single woman in 1946 while attempting to make the most of her job working for the covert Strategic Scientific Reserve. Additional casting has not yet been announced. Expected to have a very short first season (likely 13 or fewer episodes) that depicts a single case, Agent Carter will air in Agents of SHIELD's time slot beginning in January while that show takes a break. 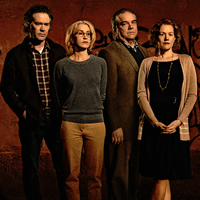 Postponed from its planned summer 2014 start—and omitted completely from ABC's announcements today, though presumably it remains on the schedule—this 10-episode miniseries is based on Lily Koppel's nonfiction book about the wives of America's Mercury Seven astronauts in the early 1960s. The series' own failure to launch this July is due to creative retooling; the scope will be broadened to cover the later Gemini and Apollo space programs as well. Adapted by Stephanie Savage (Gossip Girl), Wives Club is expected to star JoAnna Garcia Swisher (Once Upon a Time), Odette Annable (House), Desmond Harrington (Dexter), Joel Johnstone (The Newsroom), and Kenneth Mitchell (Jericho). 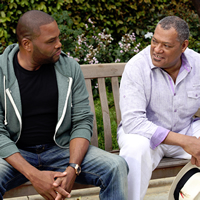 The latest comedy to try to succeed in the seemingly desirable post-Modern Family time slot where so many others have failed, Black-ish finds a successful African-American husband and father wondering if his superficially ideal suburban lifestyle is pulling him too far away from his cultural roots. Anthony Anderson (All About the Andersons), Laurence Fishburne, and Tracee Ellis Ross (Girlfriends) head the cast. The new series will have to find a replacement for intended showrunner Larry Wilmore, who will leave to host his own nightly talk show (The Minority Report) on Comedy Central.

Another show omitted entirely from ABC's 2014-15 schedule announcement today, The Club (expect that title to change—Update: it did, as of this afternoon) likely remains in play for the current season simply by virtue of the fact that the network has already committed to ordering 13 episodes of the new series (without shooting a pilot). [Update: The network just confirmed that the show will indeed air next season.] This soap, about the wealthy members of an elite Connecticut country club and the family that runs it, was developed by Susannah Grant (Party of Five, screenwriter for Erin Brockovich) with an unlikely collaborator: three-time Oscar-nominated director David O. Russell. Sadly (though perhaps understandably), Russell has since dropped out of the project, which would have been his first for television. Breaking Bad's Betsy Brandt, Boris Kodjoe, Callie Hernandez, and Chris Conroy are the cast members announced so far. 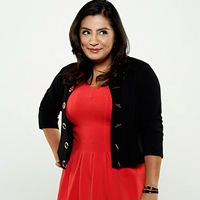 After an extremely unusual development process that saw producers, convinced of the quality of their show, manage to win over a sceptical ABC by shooting a no-budget pilot on the fly, this multi-camera comedy managed to beat out more established names on ABC's development slate, only to be "rewarded" with a Friday night time slot. The sitcom was created by and stars comedian Cristela Alonzo (in her first-ever acting gig) as a sixth-year law student who finds her ambitions for a professional career being held in check by her working-class Mexican-American family. 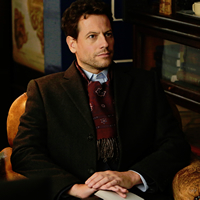 This 13-episode crime procedural focuses on Dr. Henry Morgan (Ioan Gruffudd), an accomplished New York medical examiner. Oh, and did we mention that he's immortal? Yes, the man who knows so much about death can't even bother to die, himself. Typical. Alana De La Garza (Law & Order) co-stars as his detective partner, while Judd Hirsch plays his friend, who is the one person who knows the doctor's secret. 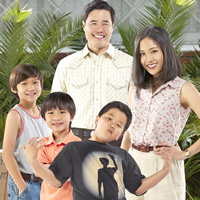 Maybe it's the fourth-place ratings, or maybe there is some genuine awareness among ABC programmers, but ABC does seem to be the only major network at least making an an attempt to introduce a diversity of voices into its primetime lineup. One of several examples is this adaptation of Eddie Huang's hit memoir of the same name, which focuses on the future New York restaurateur's life as an 11-year-old hip-hop fan who moves with his family from DC's Chinatown to exotic suburban Orlando, Florida. The series comes from Nahnatchka Khan, creator of Don't Trust the B---- in Apt. 23. Unfortunately, the early word on the pilot is that it tames Huang's edginess. 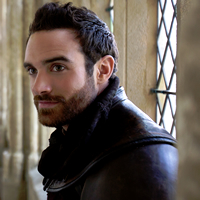 Though writer Dan Fogelman (Crazy, Stupid, Love.) just had his ABC sitcom The Neighbors canceled after two uneventful seasons, he'll get a fresh start with another ABC series, possibly the network's most unique entry of the new season. Galavant—described by network executives as "Camelot meets The Princess Bride"—is an original musical fairy-tale comedy about a down-on-his-luck hero (Joshua Sasse) who plots revenge against the evil king (Timothy Omundson) who stole the love of his life (Mallory Jansen). The series will feature original music from Broadway and film vets Alan Menken and Glenn Slater. It looks like Galavant will be a 30-minute show, with its short first season airing mostly as back-to-back episodes in Once Upon a Time's slot this winter while that show goes on a brief hiatus. 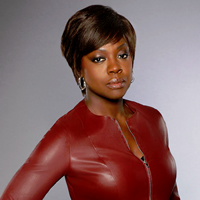 How to Get Away With Murder
DRAMA Thursdays at 10p

Give ABC some credit for (sometimes) recognizing what it does best: exploiting Disney's intellectual property library, and churning out Shonda Rhimes soaps. Murder falls into the latter category, making it one of three ABC dramas (along with the continuing Grey's Anatomy and Scandal) on next season's schedule (all on one night) for the veteran producer. The new legal thriller stars Viola Davis as a litigator who also works as a law professor at a highly competitive East Coast school. There, she teaches a first-year criminal law class where the students will do anything to get ahead—including doing whatever it takes to help their professor's high-profile client escape murder charges. Those skills come in especially handy when a few of those students find themselves entangled in their own murder case. Yup, that sounds like a Shonda Rhimes show (though not, we might add, much like an actual law school). Katie Findlay (The Carrie Diaries) and Liza Weil (Gilmore Girls) also star. 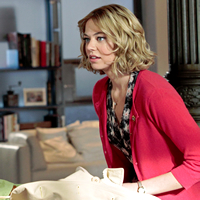 Would you like to get into the heads of a man and a woman in the beginning stages of a romantic relationship, and be able to listen to their very different thoughts as they navigate the world of dating? No? Please skip ahead to the next show. For the few of you remaining, single-camera comedy Manhattan Love Story comes from Drew Carey Show and Spin City writer Jeff Lowell, and stars Analeigh Tipton (Crazy, Stupid, Love) and Jake McDorman (Greek). 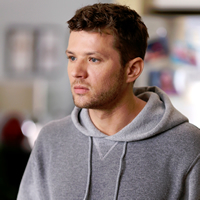 Ordered straight to series without a pilot, this 10-episode drama (likely, though not guaranteed, to land on Thursday nights when one of the Shonda dramas goes on mid-season hiatus) is an expanded remake of an Australian miniseries that aired earlier this spring. Like everything else these days, it's a bleak crime drama centering on a murder. Ryan Phillippe stars as a soon-to-be-divorced family man who, while out for his morning jog in the woods, stumbles across the dead body of his neighbor's young son. Naturally, he becomes the prime suspect, and he works to track down the real killer to prove his innocence while he and his family are harassed by the community. The thriller also stars Juliette Lewis as the lead detective investigating the murder, and KaDee Strickland (Private Practice) as his wife. Update: The series will air on Thursday nights at 10p once How to Get Away With Murder concludes its first season in March. 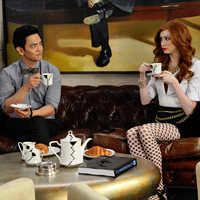 No, it's not a period comedy that looks back at the halcyon days of 2013 ... though, on second thought, maybe it is. Karen Gillan (Doctor Who) stars in this loose take on the classic My Fair Lady formula as Eliza Dooley (get it?), a woman who has accumulated hundreds of thousands of "friends" through her newfound fame in social media circles but realizes that she has few actual friends in meatspace. So she hires an image consultant played by John Cho (naturally, his character is named Henry Higenbottam) to "rebrand" her offline life and teach her how to form real-life connections. The sitcom comes from Emily Kapnek, creator of the recently canceled Suburgatory. 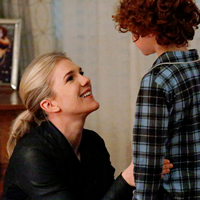 This midseason sci-fi drama comes from producer Steven Spielberg and Under the Dome writer Soo Hugh. And, yes, it's another alien invasion story, albeit one that is based on a Ray Bradbury story ("Zero Hour," a title already wasted on another terrible ABC series) and one that has the talented Mark Romanek (Never Let Me Go) directing the pilot, which should count for something. In The Whispers, humanity is in a race against the clock to save the planet from alien domination after an unseen otherworldly force begins taking over human children and causing them (unwittingly) to turn against their parents. (The kids think they are following requests by their imaginary friends ... but they aren't imaginary, and they aren't friends.) Lily Rabe, Barry Sloane, and Milo Ventimiglia head up the cast.