Midyear Report: The Best Albums of 2012 So Far

Now that we've reached the halfway point of the year, it's time to see which of the year's releases have impressed critics the most. We start with the year's major releases, which have received at least 15 reviews. 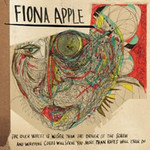 1. The Idler Wheel Is Wiser than the Driver of the Screw and Whipping Cords Will Serve You More than Ropes Will Ever Do 89 (Epic)
by Fiona Apple

"Another singular album from a truly idiosyncratic voice, Apple has once again invited us into her lushly conflicted inner monologue."

The 34-year-old singer-songwriter's first album in seven years may not have her longest-ever album title (shockingly, her 1999 release beats this one by 67 words), but it may just be her best album. The music—co-produced by Apple with her touring drummer Charley Drayton—is far more stripped down than ever before, but relying only on piano, voice, and sampled beats doesn't prevent her from exploring an admirable variety of musical styles, all tied together with her intelligent and confessional lyrics. As it stands, The Idler Wheel is the best-reviewed major release since Kanye West's My Beautiful Dark Twisted Fantasy 94 in 2010. 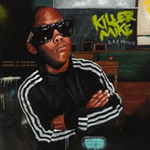 "Not only is it essential listening for hip-hop in 2012, but also one of the few records that pushes musical and cultural boundaries in general."

The year's best hip-hop album so far, R.A.P. Music (the title stands for Rebellious African People) is the sixth album for Atlanta-based rapper Michael Render, and his first for the Adult Swim-affiliated Williams Street label after previously recording for T.I.'s Grand Hustle. Production is handled throughout by El-P (whose own album is also among the year's best), while Bun B, T.I. and Trouble guest on the lead single "Big Beast." 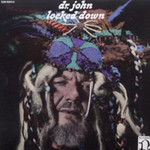 "The closest he has come to making a masterpiece in a very long time."

A collaboration between the legendary New Orleans musician and The Black Keys' Dan Auerbach (who produces, plays guitar, and sings on the album), the funky and trippy Locked Down is Dr. John's best-reviewed album in years, and could easily lead to his sixth Grammy award next year. 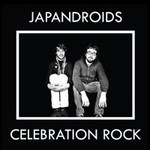 "Celebration Rock is in perpetual motion, driven by a visceral sense of urgency that most modern guitar music is so sorely lacking."

A concise, eight-song set, this second studio album from the Canadian guitar-drums duo of Brian King and David Prowse (following 2009's Post-Nothing 82) is quite possibly the best pure rock record released so far this year, giving music fans plenty of reason to celebrate. 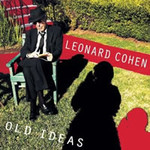 "Leonard Cohen sounds like a performer at the peak of his game."

Few singer-songwriters receive reviews this good at age 37, let alone at 77. Leonard Cohen's 12th studio album finds him working again with longtime collaborators Sharon Robinson, Anjani Thomas, and Jennifer Warnes, but it is his lyrics and still-incomparable voice that are once again the stars of the show. 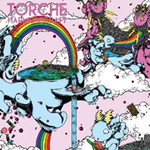 "Harmonicraft isn't just the best Torche release: It's a contender for one of the best loud rock releases of the year." 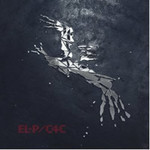 "It's far ahead enough of that competition, intellectually and inspirationally, to exist on another plane of appreciation altogether."

Already an alternative hip-hop legend before the year even started, Def Jux co-founder El-P is having one hell of a 2012, producing the year's best rap album (R.A.P. Music; see above) and releasing his first solo album in five years, to universal acclaim from reviewers. 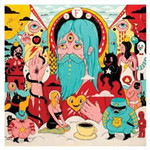 "One of the most endlessly intriguing albums of the year so far."

—This Is Fake DIY More reviews...

There's nothing to be afraid of here. The debut from Father John Misty, the new solo project for J. Tillman (formerly the drummer for blogosphere favorites Fleet Foxes) offers plenty of quirky acoustic folk gems, which should please fans of Tillman's previous band. 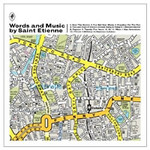 "A masterclass of pop theory and practice in perfect harmony."

Yet another display of sterling, sophisticated pop music from England's Saint Etienne, Words and Music is also a love letter to the genre, and evidence that despite a six-year recording hiatus prior to the new album, the trio of Sarah Cracknell, Bob Stanley, and Pete Wiggs hasn't lost a step. 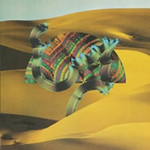 "It feels effortless. Even after repeated listening it somehow grows on you."

Probably the least recognizable of the year's ten best albums—for one thing, it hasn't been released in the U.S.—this eponymous debut from the Scottish art-rockers earned raves from the UK music press, as well as comparisons to the equally adventurous Beta Band.

Albums are ranked by Metascore prior to rounding. Only new studio albums released between January 1, 2012 and June 30, 2012 are eligible; EPs, live albums, box sets, reissues, and the like are not included. The above list includes only those albums with at least 15 reviews from professional critics; lists below include albums with at least seven reviews. The Metascore is a weighted average of scores from top professional critics, on a scale from 0 (bad) to 100 (good). Albums are ranked by Metascore prior to rounding. Scores are from July 3, 2012.

Here is a look at the albums that received extremely positive reviews, but not enough of them to qualify for our list above. (In other words, consider them the year's best under-the-radar releases.) Albums on this list received 7-14 critic reviews. (Titles with fewer than seven reviews are excluded from all year-end charts.)

So now that we know what the critics liked this year, what about what Metacritic users liked? Below are the 2012 releases receiving the highest average user scores.

If you read the small print under our list of high-scoring albums above, you noticed that reissues and other album types were excluded from our best-reviewed albums charts (which are intended to include only new albums with new material). Here are the highest-scoring "disqualified" albums of 2012 so far:

Finally, here are the worst-reviewed albums (at least, those releases major enough to receive at least seven reviews) released in the first half of 2012:

What are your favorite and least favorite albums of the year so far? Let us know in the comments section below.