With the first half of the year now in the books, here are the best-reviewed major albums released from January through June, ranked by Metascore. EPs, compilations, and reissues are excluded, as are any albums receiving fewer than 15 reviews from critics (though some of those are included in their own separate lists further below). 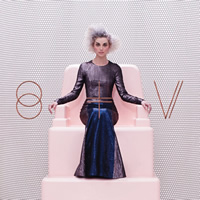 This is Clark's most daring, uncompromising, infectious, and adventurous release yet, as St. Vincent features a musician challenging the very idea of what it means to be an artist in 2014. 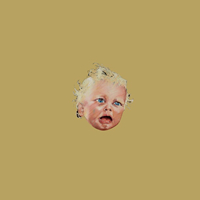 Runner-Up
To Be Kind 89 (Young God)
by Swans

How does Michael Gira's re-formed experimental rock project Swans follow The Seer, the band's great 2012 album? With a two-hour-long opus that is maybe even better. To Be Kind features appearances by St. Vincent (yes, her again), Ministry's Bill Rieflin, and Cold Specks, and production from John Congleton (yes, him again).

There is no end to the nuances and subtleties that lay within. Find your starting point and start exploring.

Albums are ranked by Metascore prior to rounding. Only new studio albums released between January 1, 2014 and June 30, 2014 are eligible; EPs, live albums, box sets, reissues, and the like are not included. The first list above includes only those albums with at least 15 reviews from professional critics; all other lists on this page include albums with at least seven reviews. The Metascore is a weighted average of scores from top professional critics, on a scale from 0 (bad) to 100 (good). Scores are from July 2, 2014.

Here is a look at the albums that received extremely positive reviews, but not enough of them to qualify for our list above. (In other words, consider them the year's best under-the-radar releases.) Albums on this list received 7-14 critic reviews. (Titles with fewer than seven reviews are excluded from all high scores charts.)

If you read the small print under our list of high-scoring albums above, you noticed that reissues and other album types were excluded from our best-reviewed albums charts (which are intended to include only new albums with new material). Here are the highest-scoring "disqualified" albums of 2014 so far:

Finally, here are the worst-reviewed albums (among those releases major enough to receive at least 7 reviews) released during the first half of the year. Keep in mind that hundreds of albums each year don't get reviewed at all, so the truly terrible releases will never get a Metascore.

What are your favorite and least favorite albums of the year so far? Let us know in the comments section below.