Boyhood is the best-reviewed movie of 2014 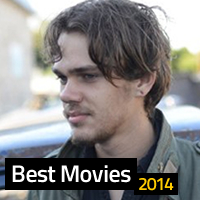 Well, that wasn't exactly suspenseful. Boyhood, writer-director Richard Linklater's astounding 12-years-in-the-making chronicle of one boy's experiences as he reaches adolescence and beyond, has had the title of 2014's highest-scoring film locked up since its release in July, after first wowing critics at Sundance in January.

Boyhood is the only new movie to achieve a "perfect" 100 score since we first began gathering movie reviews for Metacritic back in 1999. It is also easily the most honored film of the year on critic top 10 lists, and is also cleaning up on the awards circuit, making it a virtual lock for a best picture Oscar nomination next week.

But Boyhood wasn't 2014's only great movie. Out of the 655 films released last year to receive at least 7 reviews from professional critics, 53 received a Metascore of 81 or higher, the cutoff we use to indicate "universal acclaim" from reviewers. That is both a higher total and a higher percentage (8% vs. 7%) than in 2013, when only 41 films scored 81 or above.

Overall, 44.4% of films released in 2014 were reviewed positively by critics (scoring 61 or higher). That figure is also an improvement over 2013, when just 42.6% of releases received positive reviews. However, the average Metascore for all films dipped slightly last year, to 56.3 (a drop of 0.2 compared to 2013). One reason for that might be the increase in terrible films. A total of 14 releases in 2014 scored below 20. That's the highest total of truly awful films in any calendar year since 2002.

Below are 2014's highest-scoring films in a variety of categories. On the following two pages are more complete rankings of all of the year's best and worst films.

For this and all tables in this article, only movies with seven or more reviews released between January 1, 2014 and December 31, 2014 were considered. Re-releases are excluded. The Metascore is a weighted average of scores from top professional critics, on a scale from 0 (bad) to 100 (good). Although scores have been rounded to the nearest whole number, movies are ranked prior to rounding. All scores in this article are from January 4, 2015.

Continue reading for a look at the best and worst wide releases of 2014.