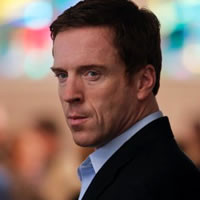 Sure, there is a crumb of good news: Showtime's riveting terrorism drama Homeland 91 is the best-reviewed new fall series since we initiated our TV coverage in 2005. But that appears to be the one bright spot in a fall season filled mainly with series that can at best be described as serviceable.

The five major broadcast networks debuted 27 new (non-news) primetime shows this fall, up from 22 in 2010. But the average Metascore for this year's freshman class was just 54, down from an average of 57 in both 2010 and 2009. Just 12 of the 27 new fall programs—a mere 44%—received positive reviews from critics, and, even then, those dozen "good" programs averaged a score of 66, with none scoring higher than 70. In other words, reviews were positive, but not overwhelmingly so. Even worse, the networks introduced six new shows over the past few months that were negatively reviewed by critics, compared to just two such programs last fall.

For the second straight year, the fall season's best-reviewed show was on cable rather than broadcast television; indeed, four of the five highest-scoring fall shows aired on cable networks. But Homeland was the only newcomer that managed to score above 80 (the range we use to represent widespread critical acclaim); last fall, three shows exceeded that mark.

Fortunately, the future brings a reason for optimism: many networks seem to have held back their stronger shows for midseason. (Think shows like NBC's Smash, Awake, and The Firm, ABC's The River and Missing, and HBO's Luck). But before we get too far ahead of ourselves, let's go back to fall and see how the broadcast networks rank now that the season has concluded.

* Does not include the news program Rock Center with Brian Williams.

After two straight years with the highest average Metascore for its new fall series, Fox tumbled to second place in 2011 (thanks in part to the late-arriving critical disaster I Hate My Teenage Daughter), surrendering first place to CBS. Interestingly, Fox and CBS are also the two networks that have enjoyed a successful fall in terms of ratings; both networks have grown their audience since 2010. Despite a slight uptick in quality this fall versus last year, NBC's ratings have continued to plummet, while ABC—the network with both the most positively reviewed new shows as well as the most negatively reviewed ones—has also suffered, though not as severely.

As we indicated above, only one broadcast network series managed to crack fall's top five: the ABC sitcom Suburgatory, which placed fifth. Metacritic users, however, seemed to respond better to the broadcast offerings, giving three network shows high marks. And, as always, the broadcast networks were able to secure all of the spots on our list of worst-reviewed shows. So there's that.

New television series with 7 or more reviews and debuting on U.S. television between August 15, 2011 and November 30, 2011 were eligible for the above lists. Shows are scored and ranked based on reviews published at the time of the original first season debut; returning series are excluded from these lists. The Metascore is a weighted average of scores from top professional critics, on a scale from 0 (bad) to 100 (good). Although scores have been rounded to the nearest whole number, shows are ranked prior to rounding. User scores represent an average of scores assigned by Metacritic.com site visitors on a scale from 0 (bad) to 10 (good). All scores as of December 1, 2011.

Finally, here are the scores for all of the season's new shows with at least seven reviews from professional television critics, ranked from best- to worst-reviewed.

Shows are ranked by Metascore prior to rounding. Minimum 7 critic reviews needed for inclusion.
* Show has been canceled.

What are your favorite and least favorite new shows of the fall season? What did the critics get right and wrong when first assessing these new programs? Let us know in the comments section below.