The best gaming apps for your iOS device this month

Below, we run through the ten best new iPhone, iPad, and iPod Touch games released within the past month. All titles are playable on all iOS devices unless otherwise indicated. 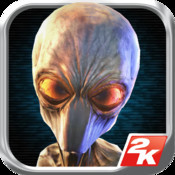 "Quite possibly the best game on the App Store. Its twenty dollar price tag may seem a bit high, but the amount of detail and polish makes it easily worth the price."

One of the more expensive games you'll find in the App Store, this port of the critically acclaimed turn-based tactical game is also one of the best.

From the Publisher: The award-winning PC and console game of the year comes to Mobile! Threatened by an unknown enemy, Earth’s governments unite to form an elite paramilitary organization, known as XCOM. As the commander of XCOM, you must create a fully operational base, research alien technologies, plan combat missions, and lead your soldiers in fierce battles against a terrifying alien invasion. The decisions you make will affect the fate of humanity. You are our last hope. 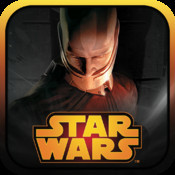 "This remains a game that everyone who loves RPGs should play, and I'm pleased to say that the iPad version is as good a platform as any to experience it."

The all-time classic 2003 RPG set in the Star Wars universe comes to iPad for the first time.

From the Publisher: It is four thousand years before the Galactic Empire and hundreds of Jedi Knights have fallen in battle against the ruthless Sith. You are the last hope of the Jedi Order. Can you master the awesome power of the Force on your quest to save the Republic? Or will you fall to the lure of the dark side? Hero or villain, savior or conqueror... you alone will determine the destiny of the entire galaxy! 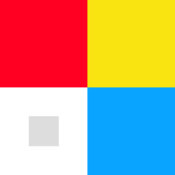 "Like all great puzzle games, Stickets’ surface simplicity is merely a cover for mechanics of astonishing depth and longevity."

From the Publisher: Stickets is an elegantly brutal puzzle game designed to melt your mind and soothe your soul. 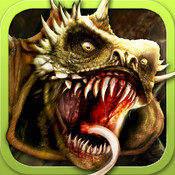 "Whether you're a long-standing admirer of the original books or a complete newcomer, Forest of Doom is role-playing adventure at its finest, and comes back with delicious fan service to boot."

The 1983 adventure gamebook by Ian Livingstone is ported to iOS devices in this universal app.

From the Publisher: Nostalgia overload! Fighting Fantasy returns with Ian Livingstone's classic, The Forest of Doom. Take part in one of the classic gamebook experiences that introduced a whole generation to fantasy role-playing games! Computer gaming was in its infancy and it was the early days of tabletop RPGs when The Forest of Doom exploded into bookshops in the early 80s, proudly displaying Iain McCaig's iconic cover. You can relive the adventures in Darkwood Forest on your iPhone, iPod Touch and iPad, lovingly updated for digital devices. Presented in full colour with realistic physics-based dice rolling for battles, auto-mapping, an auto-updated adventure sheet and stat keeping. Writer, Ian Livingstone, was one of the co-founders of Games Workshop and has continued to have a distinguished career in both tabletop gaming and video games. He is currently the Life President of Eidos, recently overseeing the release of the latest Tomb Raider game. Cover artist, Iain McCaig, has an extensive print and film portfolio, and is probably best known for designing Padmé Amidala and Darth Maul for The Phantom Menace! 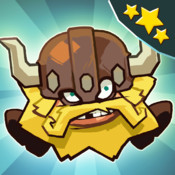 "Manages to combine just about every physics puzzle concept out there to surprisingly great effect."

This new physics-based puzzler is adapted from the computer game.

From the Publisher: An epic adventure based on the award-winning flash game! An icy wind has swept the Vikings away, leaving them stranded throughout the land and surrounded by trolls, deadly traps, dangerous enemies, and worst of all… troll snot! Now it's up to you to save them! Use your icebreaking skills to solve puzzles and cut your way through ice, rope, cannons, explosives, slime and… err… chickens to get your clan back safely to the Viking longboat! 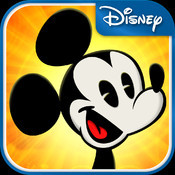 "Where's My Mickey? manages to add both new puzzles and a much-needed dose of classic Disney charm, turning it into a game that can stand on its own instead of simply being another Where's My Water? expansion pack."

Mickey Mouse is the star in this latest in the puzzle game series that began with Where's My Water?

From the Publisher:Where's My Mickey? introduces a whole new world of life-like physics-based gameplay with stimulating weather mechanics and humorous animations. Immerse yourself in the ultimate mobile gaming experience as you watch funny episodes while solving challenging puzzles! Tap, swipe, and swirl to help Mickey collect water and complete each story. Every drop counts! 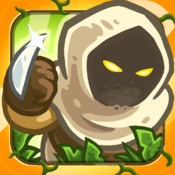 "Kingdom Rush Frontiers is another excellent – albeit now familiar – tower defense entry for strategy fans seeking a potent mix of brains and brawn."

From the Publisher: The world's most devilishly addictive defense game is back - welcome to Kingdom Rush: Frontiers! Bigger and badder than ever before, Kingdom Rush: Frontiers is a whole new level of the furiously fast, enchantingly charming gameplay that made the original title an award-winning hit. Tap your troops through an epic (mis)adventure as you defend exotic lands from dragons, man-eating plants, and ghastly denizens of the underworld -all with flashy new towers, levels, heroes, and more goodies to help you crush your foes to a pulp. (Don't worry, we've still got all the good ol' stuff from the last game, too. It's vintage now.) Kingdom Rush: Frontiers packs in so much content, it's like a fully upgraded artillery blast of mouthwatering, pixelated joy launched right into your smiling little face... and it hurts so good! 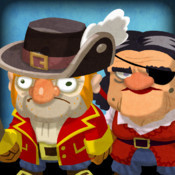 From the Publisher: A musical match-3 RPG brimming with pirates, ships, loot, and more gold than you can shake your rusty hook at! Move your pirate around the board by matching 3 or more tiles. With each match, the board shifts in the direction you swiped. Collect treasure as you visit mysterious jungle, desert, ice, and fire islands to reassemble a legendary Ultimate Sea Shanty. Fight to the death with evil pirates and monsters. Or, blast them with your arsenal of handy skills! 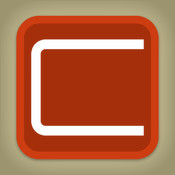 Anyone looking for a challenging puzzle title could certainly do worse than this slickly designed newcomer from the makers of Slydris.

From the Publisher: WARNING: This game is hard! If you survive for 2 minutes, you are doing really well. The creator of Slydris, 2012 iOS Game of the Year*, is back with another elegant and intense puzzle game designed specifically for touch screens. CRUSH sounds simple: Keep the blocks from filling the screen by removing matching colors with a single touch. But the blocks keep coming, and each touch boosts the stack even higher. CRUSH brings you three modes of exciting short-burst puzzle gameplay: THINK mode: Take a little time and consider what moves to make. Go for massive combos to rack up the best Block score. REACT mode: Make moves quickly to keep stack low. Survive as long as possible. CRUSH mode: The ultimate combination of speed and strategy. Go for both large combos and a long survival time. Choose from 6 recharging powers to use as you please, with each slightly changing the strategy required to achieve maximum scores. The powers also provide a shield against an untimely death, but are destroyed in the process. 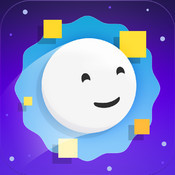 "Little Luca is a charming, innovative and downright beautiful game – nay, piece of art – that no iOS user should be without."

From the Publisher: Luca had a dream once - that the stars in the sky suddenly fell. The stars spread all over the world. Deep into the oceans, high up the hills and all across space. It's your job to get the stars back! Bounce on the wobbly hills, get thrown in the wind, launch from strange gravity wells and zap across the screen through mysterious portals. But most of all look out for the dangerous volcanoes in the deep oceans!

The Metascore for iPhone and iPad games is an unweighted average of individual scores given by professional game publications on a scale of 0 (bad) to 100 (good). A Metascore of 75 or higher denotes generally positive reviews, while 90 or higher indicates universal acclaim. Scores are not calculated for games with fewer than four reviews.

What are you playing?

Have you tried any of the games above? If so, what did you think of them? Are there any other new iPhone or iPad games that deserve a download? Let us know in the comments section below.