The Best iPhone and iPad Games of 2015

The 25 best-reviewed iOS games of the year 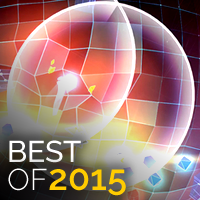 Below, we rank the best-reviewed iOS games released during 2015. All of the games below are playable on both iPhone and iPad unless otherwise indicated. 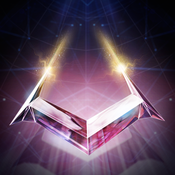 "Geometry Wars 3: Dimensions is a beautiful shooter that feels right at home on mobile."

Metacritic's iOS Game of the Year. The sixth installment in the arcade shooter franchise (and the second on iOS platforms), Dimensions introduces 3D to the usual frenetic twin-stick-style gameplay. The latest update, Dimensions Evolved, includes over 100 levels (including a few exclusive to iOS devices). 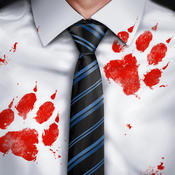 "A loud and brash touchscreen brawler with a surprising amount of depth and plenty to do."

No, it's not a business simulation; instead, this stylish 2D martial arts brawler tasks your CEO character with saving your employees from a werewolf infestation. 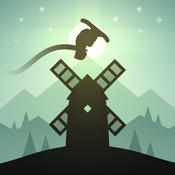 "What Alto’s Adventure is pales in noteworthiness to what it does: imbue you with a sense a longing for a perfect digital dreamscape."

This side-scrolling endless runner (technically, an endless snowboarder) was heralded for its beautiful art design. 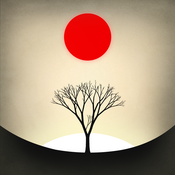 "Prune is an awe-inspiring work of digital poetry that transcends its initial subject material to explore a much larger, much more complex theme, in an articulate and powerfully moving manner."

Technically a game about tree pruning, the meditative Prune wowed reviewers with its one-of-a-kind design and surprising emotional qualities.

This murder mystery from the creator of Silent Hill: Shattered Memories has you playing detective and gives you a mid-1990s-era computer interface as your gateway to video snippets of an interview conducted with the suspect.

"Downwell is an incredibly addictive game, and one of the best arcades we've played this year on iDevices."

This pixel art-styled endless platformer asks you to go further and further down a well, taking out as many enemies as you can along the way. 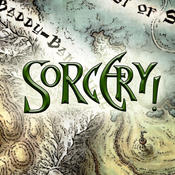 "Once again, inkle Studios has bested themselves in creating the gold standard for interactive fiction, and causing us all to start wondering when the next chapter will arrive." 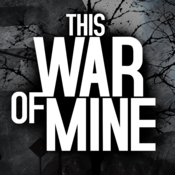 "A harrowing and often tragic exploration of life in a war. This is a must buy."

The rare combat game that actually ponders the consequences of war, this dark action-strategy hybrid asks you to lead a group of innocent and starving civilians caught in the crossfire.

Buy From Apple#9
The Room Three 90
Adventure/Puzzle, $4.99, from Fireproof Games

"Aspiration is a good thing and The Room franchise has grown into an hours-long, Myst-like game with many puzzles and a fully-formed story to drive it along."

This sequel to The Room and The Room Two offers more 3D puzzle-solving fun. 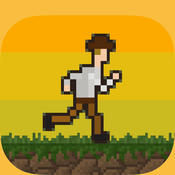 Buy From Apple#10
You Must Build A Boat 89
Puzzle/Action, $2.99, from EightyEight Games

"For a good six to nine hours, building a boat will indeed become the most important task in your life."

This match-3 game from the creator of 10000000 takes that game's blend of puzzle, action, and RPG elements and makes improvements in every aspect, resulting in a deeper game.

"Great controls, great feelings and tons of nostalgia make Horizon Chase one of the best racing games on iOS devices."

This arcade-style racing game takes 1980s and '90s classics like Outrun and Top Gear as its inspiration. 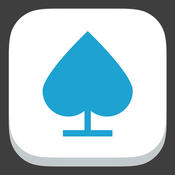 "I suppose that’s the hallmark of a real solitaire game: despite its digital debut, Sage Solitaire has the potential to grow well beyond the borders of a touch screen." 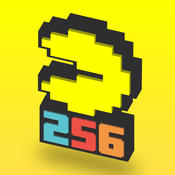 "Pac-Man 256 is about as perfect a deconstruction of classic Pac-Man as we’ll find in modern gaming – the fact it bears the Pac-Man name and logo is but an added bonus to Hipster Whale’s latest iOS phenomenon."

This modern take on Pac-Man from the developers of Crossy Road features an infinite maze and a variety of new power-ups. 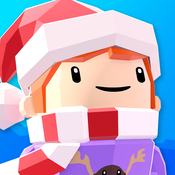 "What Land Sliders does best is that the game is something you really can play for a minute or for an hour." 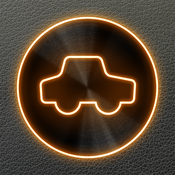 "Does not Commute stands out as an original mix of driving and puzzle, with a vintage touch."

Commute blends driving with strategy, as you must repeatedly drive the same course with different vehicles, avoiding crashing into your previous cars. 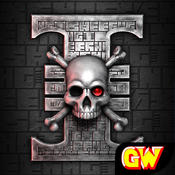 "Warhammer 40K: Deathwatch is a gorgeous game with strong design backing it. The campaign is big and meaty, and it presents a fun challenge that will test your tactical skills." 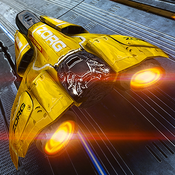 This sci-fi racing game asks you to pilot an anti-gravity craft through a futuristic cityscape. 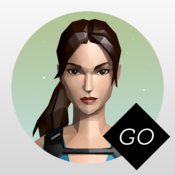 One of the biggest releases for iOS this year, this turn-based puzzler does for the Tomb Raider series what the similar Hitman GO did for the Hitman series last year. 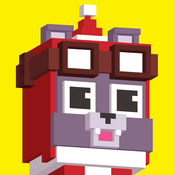 The latest release from the Crossy Road team is a cute endless shooter. 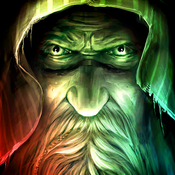 "Creative new mechanics and a cracking solo option make this worth playing in spite of the occasional dull session."

This collectible card battle game features an innovative battle system and a single-player campaign in addition to the standard PVP mode. 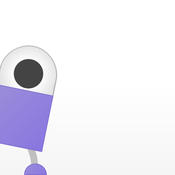 "A challenging and clever puzzle game with a lot of physics in it. Maybe too short, but really well-crafted."

Help an outcast robot navigate through 100 levels in this physics-based, machine-crafting puzzler. 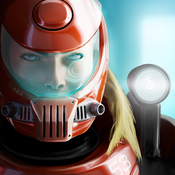 "If you want a game where you can just run around and shoot a bunch of gooey mutants, and enjoy doing so, check out Xenowerk. You won't be disappointed."

This top-down shooter comes from the makers of Space Marshals.

"Harkening back to the challenge of single screen platformers, Drop Wizard isn't for the faint hearted but it is very enjoyable." 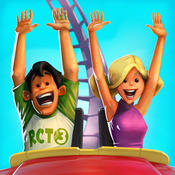 "RCT 3 is a great strategy simulation game that gives you plenty of freedom to build the park of your dreams (and of your visitors' nightmares)."

Build your own theme park and rides in this mobile version of the 2004 PC game.

"Shadowmatic is a surprisingly good puzzle game with some great atmosphere and excellent graphics."

Orient strange objects in three dimensions to cause a recognizable shadow to appear on a wall in this clever puzzle challenge.