Updated 2:50pm to add trailers for the new fall shows.

Our comprehensive coverage of the TV network upfront presentations this week in New York continues with a look at CBS's plans for the 2019-20 season. We'll have additional reports for the other networks each day this week. See more upfronts coverage... The status of all of the CBS shows from the 2018-19 season is displayed below. Heading into today, the only scripted shows still awaiting their fates were The Code and Ransom, and the network has still not made an announcement on either one.

Midseason debuts that do not yet have a day/time:
The Amazing Race, Big Brother, Broke, Criminal Minds, FBI: Most Wanted, MacGyver, Man With a Plan, Tommy, Undercover Boss

CBS's new shows at a glance

The eight first-year series ordered for CBS's 2019-20 season are detailed below. Pilots that did not get picked up include the Jennifer Morrison-led medical drama Under the Bridge, supernatural drama Alive (in which Ryan Phillippe plays a San Francisco cop who mysteriously comes back to life after being killed in the line of duty), Iliza Shlesinger comedy Halfway There, the Katherine Heigl/Malcolm Barret parenting sitcom Our House, a Ken Jeong-led, Crazy Rich Asians-inspired comedy called The Emperor of Malibu, and drama The Republic of Sarah, which would have starred Sarah Drew as the mayor of a small New Hampshire town that declares itself an independent nation. Also missing out was the Sophia Bush-led conspiracy thriller Surveillance, but that project remains alive for a potential pickup at a later date after its pilot tested well. 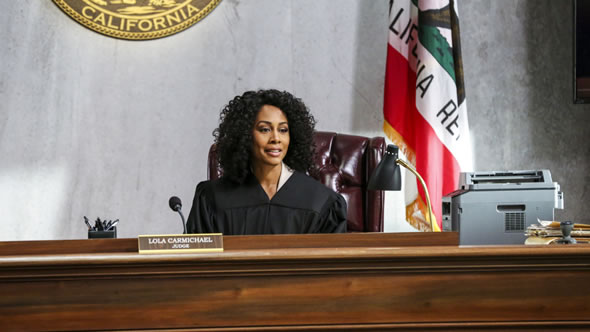 A Los Angeles-set legal procedural that examines all aspects of the criminal court system, from judges and jurors to DAs and baliffs, All Rise stars Marg Helgenberger, Simone Missick, Jessica Camacho, and Wilson Bethel. The drama comes from Greg Spottiswood, who previously created the Canadian shows Remedy and King. 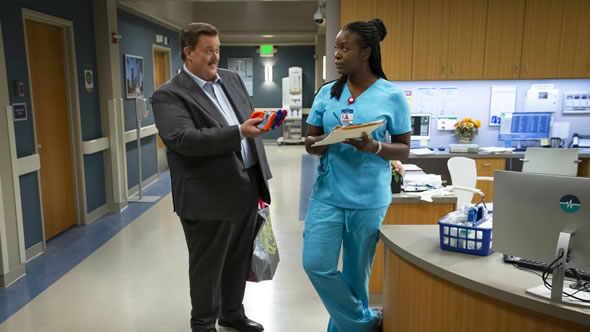 Technically, it's "Bob ❤ Abishola." Either way, it spells out the latest CBS comedy series from Chuck Lorre, and It keeps his current total at three after the departure of The Big Bang Theory. Billy Gardell (the titular Mike of Lorre's previous CBS comedy Mike & Molly) stars as the titular Bob, a "middle-aged sock businessman from Detroit" who suffers a heart attack. When he recovers, he immediately falls in love with his nurse, a Nigerian immigrant named Abishola (Folake Olowofoyeku), and he'll do anything to win her over. Christine Ebersole and Matt Jones also star. Lorre, comedian Gina Yashere, frequent Lorre collaborator Eddie Gorodetsky, and Al Higgins (who previously teamed with Lorre on the Netflix series The Kominsky Method) are the credited series creators. 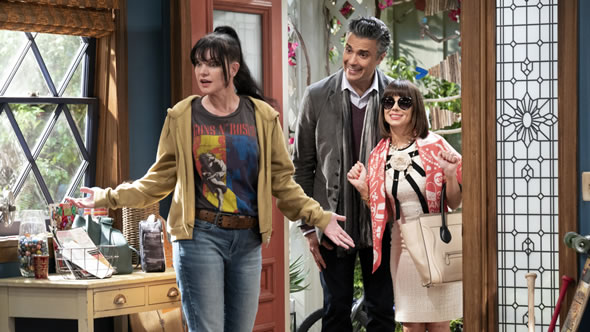 The first series order for Will & Grace writer/producer Alex Herschlag, Broke centers on an "outrageously wealthy trust fund baby" (Jaime Camil of Jane the Virgin) who is suddenly cut off by his father. Short of money and living arrangements, he and his wife (Natahsa Leggero) move into the house of her estranged sister (longtime NCIS star Pauley Perrette) in the San Fernando Valley. Hijinks ensue, we imagine. 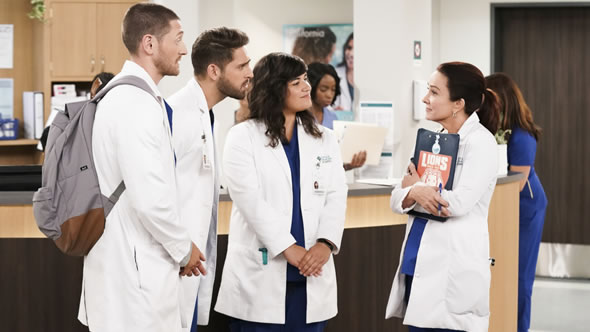 The first new series ordered by CBS for 2019-20 (back in October), Carol's Second Act is the latest sitcom vehicle for Patricia Heaton (The Middle, Everybody Loves Raymond). She stars as a mother who, after retiring from teaching and raising two children, opts for a late-in-life challenge: becoming a doctor. Created by Emily Halpern and Sarah Haskins (who previously combined for the one-and-done ABC sitcom Trophy Wife, among other projects), the multi-camera comedy also stars Kyle MacLachlan and Lucas Neff. 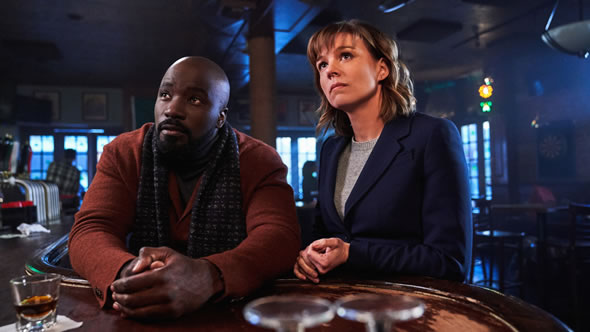 EVIL, as the network insists on shout-typing it, is an odd-thruple procedural that pits science against religion. Created by The Good Wife team of Michelle and Robert King, the drama finds a clinical psychologist and skeptic (Westworld's Katja Herbers) teaming up with a priest in training (Mike Colter) and a carpenter (whose beliefs are apparently unknown to the CBS employee writing the show summary) to investigate seemingly paranormal phenomena, miracles, and demonic possessions. Michael Emerson and Aasif Mandvi also star. 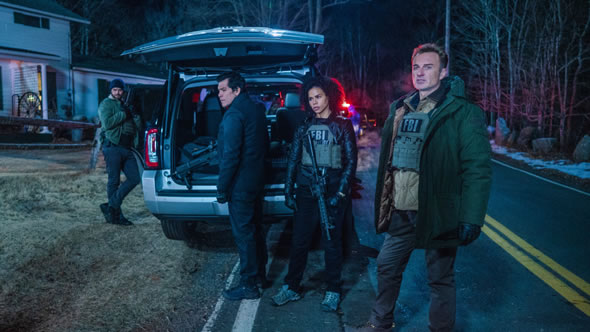 Fulfilling the TV axiom that says every Dick Wolf series gets a spinoff, Most Wanted first debuted as a backdoor pilot on the April 2nd episode of Wolf's FBI. The spinoff will center on the FBI division charged with tracking down the criminals on the Bureau's "most wanted" list (in case that show title didn't make this crystal clear already). Kellan Lutz, Julian McMahon, Alana De La Garza, and Keisha Castle-Hughes star. 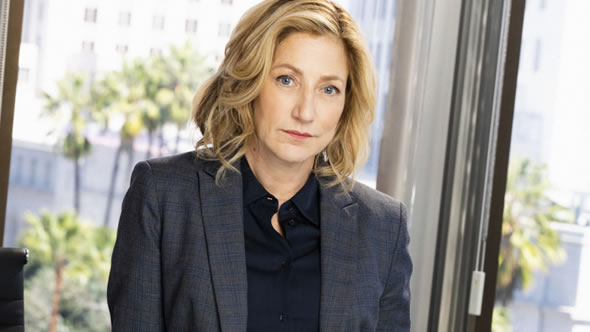 The network's final pickup for next season is yet another crime procedural. Tommy stars Edie Falco as a New York cop who moves to the opposite (and, objectively, better) coast to become the LAPD's first female chief of police. The series comes from Paul Attanasio (Bull, Homicide: Life on the Street) and also stars Michael Chernus, David Fierro, and Adelaide Clemens.

The Unicorn
COMEDY Thursdays at 8:30p 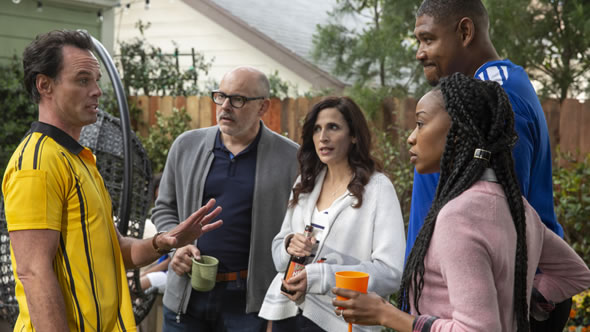 The network's only single-camera comedy newcomer centers on a recently widowed father of two daughters (apparently a trend next season, as that's also the premise of NBC's The Kenan Show) played by Walton Goggins, who navigates both the dating world and the parenting world with the help of a tight-knit group of friends and family. Rob Corddry and Michaela Watkins round out the main cast. Unicorn comes from writers Bill Martin and Mike Schiff, who previously combined for the dreadful Cavemen (yes, the GEICO commercial-turned-series) and Grounded for Life.