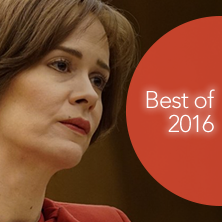 * The eight-hour documentary O.J.: Made in America was screened in two theaters to qualify for film awards prior to airing as a miniseries on ESPN. As a result, you may see it appear in lists from movie critics in addition to those from TV critics.

Below are the 95 individual top ten lists used to calculate the standings above. Some critics may list shows without ranking them in order; such lists are displayed below, without numbers, in alphabetical order.