12 Films to See in December

Below, our editors have selected the most interesting films debuting in North American theaters this month, listed in alphabetical order. According to our longstanding policy, films featuring creepy singing cats are not eligible for inclusion. 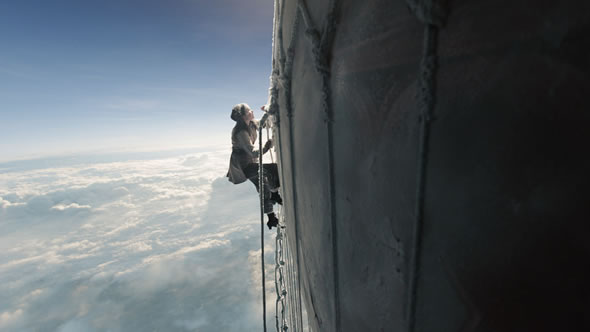 This meteorological ballooning adventure reunites the Academy Award–nominated leads of The Theory of Everything, Eddie Redmayne and Felicity Jones. Loosely based on actual events, the story, set in 1862, follows English meteorologist James Glaisher as he breaks the world record for altitude on September 5, 1862. Joining him on the expedition is Amelia Wren, a fictional composite of female balloonists of the time. Early reviews praise the film when it sticks to its high-flying action-adventure elements, which were filmed in IMAX. Unfortunately, a planned IMAX release was canceled when Amazon shortened the film’s theatrical run to just two weeks. 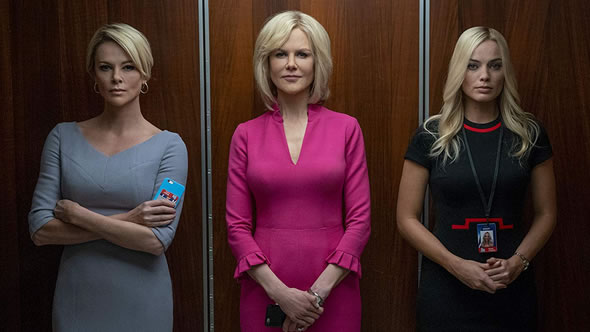 Jay Roach began his career directing comedies (Austin Powers, Meet the Parents), but since Recount, he has focused on the historical and political (All the Way, Game Change). That trend continues with his latest feature, a dramatization of the moment when the #MeToo movement hit Fox News, taking down the network’s head honcho, Roger Ailes (John Lithgow). His accusers include Nicole Kidman as Gretchen Carlson, Charlize Theron as Megyn Kelly, and Margot Robbie as a composite based on several female Fox News employees. Oscar prognosticators are wondering if it will follow the path Vice took to 8 nominations last year. Early buzz has been positive. 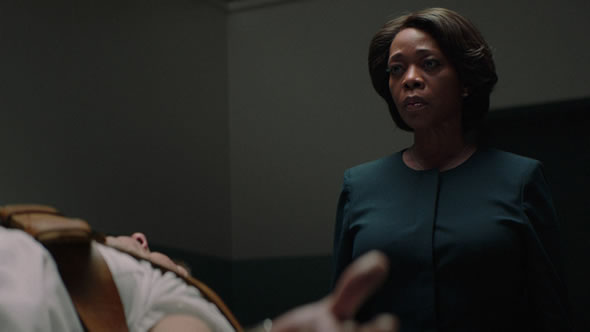 Writer-director Chinonye Chukwu's second feature stars Alfre Woodard in what many critics believe is one of the best performances of her career. She plays Bernadine Williams, the warden at a maximum-security prison where she forms a bond with a death-row inmate (Aldis Hodge) who is scheduled to be executed. Clemency took home the biggest prize at this year’s Sundance Film Festival, and it has already earned three Film Independent Spirit Award nominations, including best feature and best female lead. 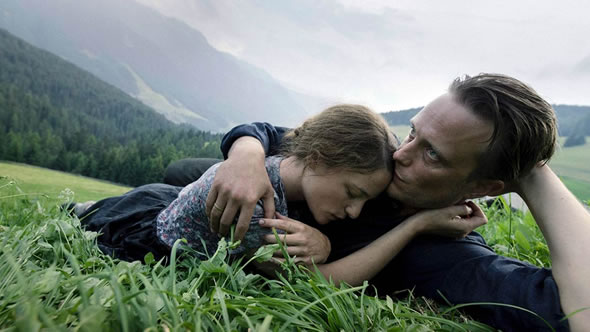 The latest from Terrence Malick tells the true story of Franz Jägerstätter (August Diehl), an Austrian farmer who refused to fight for the Nazis in World War II. When it premiered at the Cannes Film Festival in May, the film provoked strong reactions from critics, with some proclaiming it a triumphant return to form and others seeing another muddle made up of Malick’s now overly familiar moves. While it’s no The Tree of Life (which is currently 11th on our compilation of best of the decade lists), it will likely end up as Malick’s second-best narrative feature this decade. 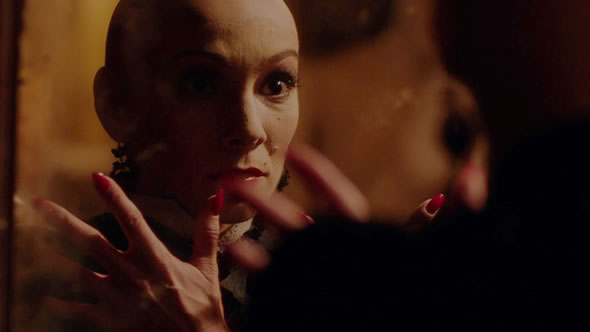 Finally reaching North American theaters after premiering at TIFF over a year ago, the most recent film from director Peter Strickland (Berberian Sound Studio, The Duke of Burgundy) is a clever riff on giallo horror. The tale begins when a recently divorced woman (Marianne Jean-Baptiste) buys a red dress from a strange department store in London, unleashing a malevolent curse and an evil that threatens everyone who comes into contact with the dress. Strickland, no stranger to fetishes, leans into the stylistic flourishes the genre allows while also embracing the comedy inherent to the story. 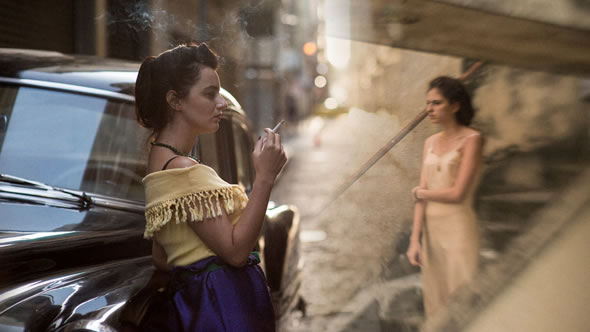 The winner of the Un Certain Regard section of this year’s Cannes Film Festival (where it screened under the title The Invisible Life of Euridice Gusmao) is an adaptation of Martha Batalha 2015 novel about the cruel separation of sisters Eurídice and Guida in 1950s Rio de Janeiro. Eurídice dreams of becoming a renowned pianist, and Guida follows her love to Greece. As they struggle to find happiness, they never give up hope of finding each other. Spanning decades and directed with an eye for melodrama by Karim Aïnouz (Futuro Beach, Madame Satã), this Amazon Studios release is Brazil’s official Oscar entry this year. 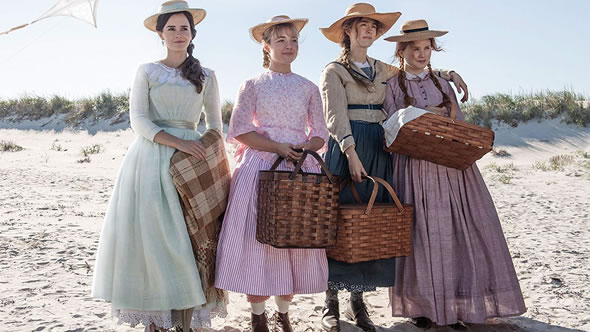 Early raves for Greta Gerwig’s adaptation of Louisa May Alcott’s classic novel should result in plenty of awards chatter over the next few months. To make it her own, Gerwig uses flashbacks to tell the story of the March sisters—Jo (Saoirse Ronan), Meg (Emma Watson), Amy (Florence Pugh), and Beth (Eliza Scanlen). Timothée Chalamet, who appeared in Gerwig's previous feature, Lady Bird, also stars as neighbor and love-interest Laurie, Laura Dern plays their mom, and Meryl Streep makes a memorable appearance as Aunt March. Despite there being seven previous adaptations, including director Gillian Armstrong’s well-received 1994 version starring Winona Ryder, Kirsten Dunst, Claire Danes and Christian Bale, Gerwig’s could be the definitive film version, at least for this generation. 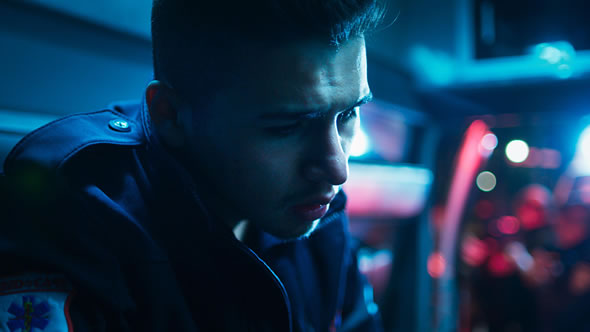 Documentarian Luke Lorentzen follows the Ochoas, a family of private paramedics, as their ambulance provides a vital service to the people of Mexico City. The government provides fewer than 45 emergency ambulances for a population of 9 million, and it is up to families like the Ochoas (father Fer and sons Juan and Josué) to fill the void. But competition can be fierce and the police are always looking for a handout. Winner of a cinematography award at Sundance in January, this intense and empathetic look at a broken system could be a surprise contender during award season. 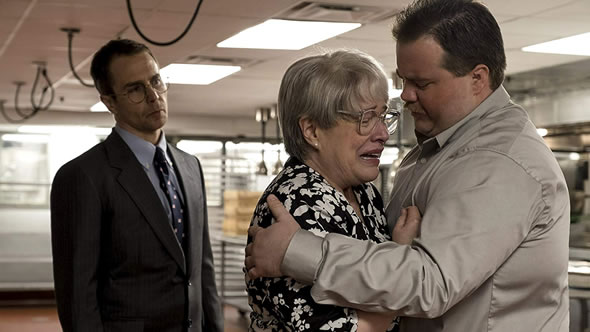 Like last year, when he released The Mule just in time for awards consideration, Clint Eastwood is back with another late in the year release. Based on the true and tragic story of Richard Jewell, his latest film looks at the media scandal that turned an innocent, heroic man into a pariah. I, Tonya's Paul Walter Hauser stars as Jewell, a security guard at the 1996 Atlanta Summer Olympics who saved countless lives by finding a pipe bomb and clearing spectators before it exploded. Eventually, he would become the FBI’s main suspect. Early reviews are good for the film, Hauser, and Sam Rockwell’s performance as Jewell’s lawyer. 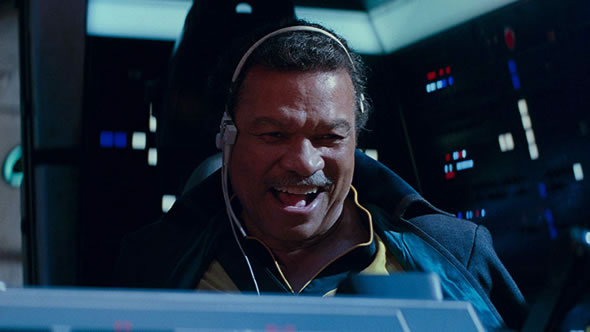 J.J. Abrams is back to direct this ninth and (for now) final installment of the Skywalker Saga launched by George Lucas more than 40 years ago. The story picks up a year after the events of The Last Jedi, a film widely praised by critics but reviled by a certain section of Star Wars fandom. For the first time, Rey, Poe, and Finn will go on a mission together, and some new characters will join them: Naomi Ackie’s Jannah, an Orbak-riding warrior, and Keri Russell’s Zori Bliss, a scoundrel with a connection to Poe. New to this third trilogy but not to the story as a whole is Palpatine, who returns in some form after being tossed down the Death Star’s rector core by Darth Vader at the end of Return of the Jedi. Billy Dee Williams’ Lando Calrissian is also back, and Carrie Fisher returns as Leia Organa thanks to footage shot for Episode VII. While both The Force Awakens and The Last Jedi earned Must-See status, some critics found Episode VII a little too risk–averse. Will J.J. Abrams be able to strike the right balance with this finale, pleasing a majority of critics and fans? The Force is surely with him. 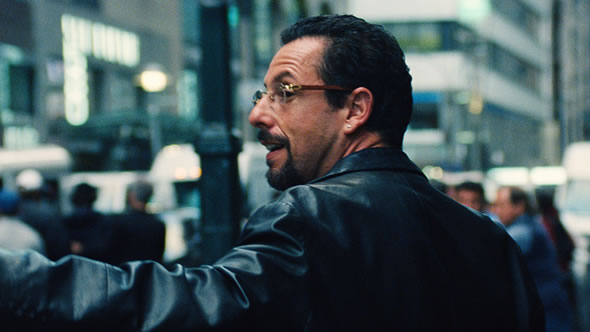 If you expected the Safdie brothers to take it easy after Good Time, you’d be mistaken. This manic crime thriller follows Howard Ratner (Adam Sandler in a performance that rivals his work in Punch-Drunk Love), a New York City jeweler always on the hustle. Failing his family and with gambling debts coming due, Howard makes a series of ill-advised decisions, resulting in a film of almost unbearable suspense. Will Sandler sneak into a strong best actor Oscar field? He already has at the Gotham and Film Independent Spirit Awards, where the film as a whole has already begun racking up nominations.

▣ What She Said: The Art of Pauline Kael
Documentary | December 13 | Directed by Rob Garver 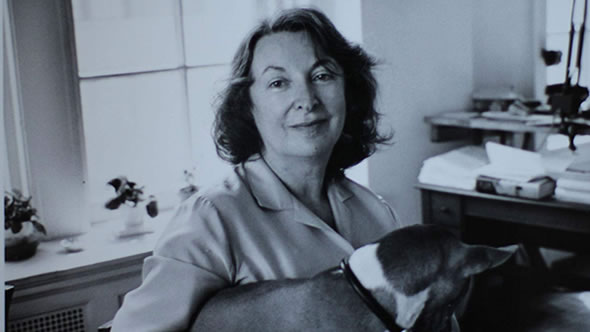 Film critics are rarely the subject of documentaries, but in 2014, Steve James directed Life Itself, a look at the personal and professional life of Roger Ebert. Pauline Kael wasn’t as well-known as Ebert, but one could argue that she was even more influential during her 25 years reviewing for The New Yorker. Her likes included the works of Altman, Bertolucci, De Palma, and Scorsese. Stanley Kubrick and David Lean? Not so much. She battled with other critics and had a following dubbed the “Paulettes.” Her raves could save a film like Bonnie and Clyde. Her takedowns could break a director’s heart. A single, unique voice with incredible weight, Kael made sure criticism was seen as art; thus the title.

Screening as a one-night event on the 16th, Icons looks at the past three years in the life of the Gorillaz, the Damon Albarn-led band. Directed by Denholm Hewlett (the son of artist Jamie Hewlett, who created the look of the band in cartoon form), the documentary follows the band in the studio during the recording of Humanz and The Now Now, while also following their recent tour. 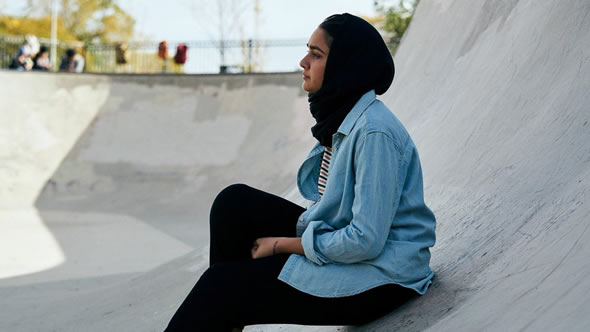 Writer-director Minhal Baig’s follow-up to her feature debut, 1 Night, is an expansion of her 2016 short film about a Pakistani-Muslim high school senior trying to balance life as a teen with her obligations to her faith and family. Geraldine Viswanathan (Blockers) stars in the Jada Pinkett Smith-produced film, which was Apple's first Sundance acquisition early this year.

Currently ranked #2 among all 2019 releases, the latest from writer-director Noah Baumbach looks to be a culmination of his extremely strong career that has recently featured The Meyerowitz Stories (New and Selected), Mistress America, While We're Young, and Frances Ha. Pulling from his personal history (not unlike his earlier excavation of his parents’ divorce The Squid and the Whale), the story’s simple premise belies its surprising impact. Charlie (Adam Driver), a theater director, wants to stay in New York. Nicole (Scarlett Johansson), an actress, gets a coveted role in Los Angeles. This change, an eight-year-old son in the middle, and lawyers are all their tenuous relationship needs to begin its ending. A laser-sharp specificity and an ability to balance comedy and tragedy, as well as two excellent lead performances, will surely result in many nominations and awards in the coming months (and the film has already picked up several best picture nominations, with more likely to come this week). 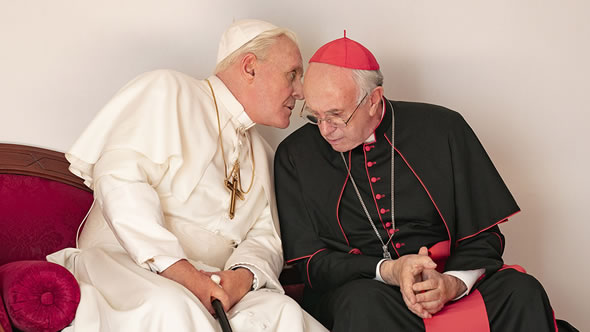 In this crowd-pleasing two-hander, director Fernando Meirelles (City of God, The Constant Gardener) and screenwriter Anthony McCarten (The Theory of Everything, Darkest Hour) imagine what traditionalist Pope Benedict XVI (Anthony Hopkins) and Cardinal Jorge Mario Bergoglio (Joanthan Pryce), the reformist future Pope Francis, discussed behind Vatican walls (with a few scenes taking place in Bergoglio native Argentina). As expected, the performances are the centerpiece, and they will be featured come awards season as Pryce vies for best actor and Hopkins enters the supporting actor race.

Which films are you looking forward to this month? Let us know in the comments section below. For a complete, updated listing of all upcoming film releases by date, including films arriving in 2020 and beyond, visit our Movie Calendar.