Below, we look at some of the most anticipated albums due to arrive between now and the end of the year. As always, you can check out our Album Release Calendar for a frequently updated listing of upcoming release dates. 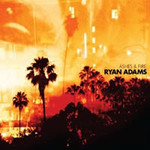 Following a detour into heavy metal (2010's Orion), as well as a pair of records with his group The Cardinals, Ryan Adams will release a solo studio album under his own name this fall for the first time in four years. Norah Jones provides piano and backing vocals, and Benmont Tench (Tom Petty and the Heartbreakers) also guests on the Glyn Johns-produced country-rocker Ashes & Fire, Adams' first LP on Capitol Records (via his own label, PAX AM). 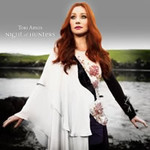 It's hard to believe that it has been nearly 20 years since singer-songwriter Tori Amos released her stunning debut album Little Earthquakes. And while she hasn't received major critical acclaim for an LP since 2002's Scarlet's Walk 76, Amos is still reliably turning out new albums every few years. Night of Hunters is her 12th overall, but it represents something new in her storied career: an album that is far more classical than pop. Ditching her usual touring band, Amos has enlisted an orchestra of strings and woodwinds for what she bills as a "21st century song cycle inspired by classical music themes," which will be released on classical label Deutsche Grammophon. 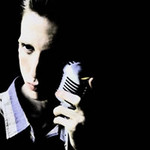 When he isn't busy fronting the acclaimed indie band Deerhunter, Bradford Cox releases music under his side project, Atlas Sound. Actually, you may as well throw an "acclaimed" label on Atlas Sound too; the project's previous two releases each scored an 81. The science fiction-influenced Parallax, Atlas Sound's third studio album, is due in early November on 4AD. 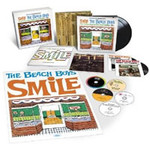 One of the most legendary "lost" albums in rock history, SMiLE was recorded in 1966 and 1967 as the follow-up to Pet Sounds, but was never completed or released, though Brian Wilson re-recorded the songs for an acclaimed solo album (SMiLE 97) in 2004. Now, for the first time, the studio recordings from the original sessions are getting an official release, and a comprehensive one at that. Compiled from the 45-year-old master tapes with the participation of original band members Wilson, Al Jardine, and Mike Love, the SMiLE Sessions double-CD set is designed to approximate the album as it was originally intended (with plenty of bonus tracks), while a 5-disc box set adds dozens of alternate takes and mixes and even studio chatter, offering hours of good vibrations (and literally over an hour of "Good Vibrations") for die-hard fans. 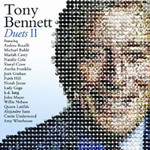 An 85-year-old Tony Bennett teams up with another group of pop stars for this follow-up to his hit 2006 album Duets: An American Classic. Once again, the source material is the Great American Songbook, and Bennett will be joined by Lady Gaga (on "The Lady is a Tramp," naturally), Queen Latifah, Norah Jones, John Mayer, Mariah Carey, Michael Bublé, Willie Nelson, Josh Groban, and more. The song that's certain to attract the most attention, however, is "Body and Soul," Bennett's duet with Amy Winehouse; it was the final track recorded by Winehouse before her death this summer. 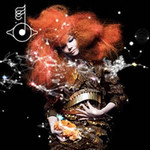 Björk’s first original album since her 2007 effort Volta 77 finds the artist exploring even more unique ways to experience music. Biophilia is a true multimedia album; already, album tracks “Crystalline,” Cosmology,” and “Virus” have been released via an interactive iPhone/iPad app that allows you to explore each song’s themes through a constellation-filled universe. A rumored scientific IMAX 3D musical from Michel Gondry could also be related to the album.

There's no title, and no release date. But the blues-rock duo of Dan Auerbach and Patrick Carney confirmed to Spin earlier this summer that they had finished recording their seventh album and would release it before the end of the year. Given that their previous release, Brothers 82, earned the Black Keys a Grammy trophy for best alternative music album and some of the greatest critical acclaim of their career, a new album is something to celebrate, indeed. Just don't expect it to sound like Brothers; the songs on the new album are so fast that the duo are worried about being able to replicate them in a live setting. 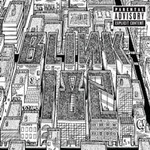 Fans thought it would never happen, but following a four-year breakup/hiatus, a near-death experience for Travis Barker, the death of longtime producer Jerry Finn, and, finally, a 2009 reunion tour, Blink-182 have recorded a new album. The trio's self-produced Neighborhoods is their first studio LP since 2003's Blink-182 71, and aims to mix that album's more mature approach to songwriting with tunes that hew closer to the band's origins.

Watch the video for "Up All Night" at YouTube. 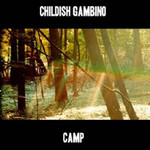 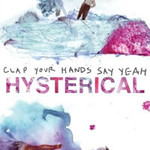 While CYHSY's self-titled 2005 debut album was a landmark release in the past decade of indie rock, their follow-up, Some Loud Thunder 63, couldn't help but be a disappointment (though muddy production and a lack of hooks didn't help matters). Will the band's poppy and accessible third album restore the group to favorites of the blogosphere? The first few tracks leaked from the self-released, John Congleton-produced Hysterical point to a step in the right direction, at least, but anyone hoping for something on the level of the debut will likely need to keep waiting. 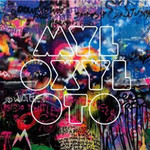 Originally intended for release at the end of 2010, Coldplay's fifth studio album took a bit longer to record than expected. Mylo Xyloto (pronounced MY-lo ZY-letoe, and, no, we don't know what it means, either) was recorded with a trio of producers—Markus Dravs, Daniel Green and Rik Simpson—and a bit of assistance from longtime collaborator Brian Eno. There's no official tracklist yet, though recent live staple "Every Teardrop Is a Waterfall" and upcoming single "Paradise" are the two songs certain to be included; "Charlie Brown" and "Major Minus" are likely to appear as well. If you want to see the new tracks performed live in the States, however, you'll probably need to wait until spring.

Listen to "Every Teardrop Is a Waterfall" 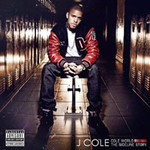 Jay-Z's latest protege (and first signee to his Roc Nation label) has been a rising star in the hip-hop world since releasing his first mixtape four years ago. In the works for several years, Cole World: The Sideline Story marks the North Carolina rapper's official studio album debut. And Cole's fingerprints are all over the 19-track LP; he handled virtually all of the production himself, and only a few tracks feature guests (though they're good ones: Jay-Z, Missy Elliott, Trey Songz, and Drake).

Listen to "Work Out" 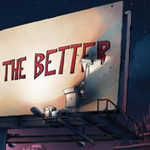 DJ Shadow
The Less You Know, The Better September 27

DJ Shadow isn't the only one excited about his new album. Fans of the producer of such classics as 1996's groundbreaking, sample-driven Endtroducing..... and 2002's The Private Press 81 are accustomed to waiting many years between releases, so any new DJ Shadow record is a welcome event. Especially one that promises more of a return to form following a disappointing detour into hyphy and other genres on 2006's The Outsider 62. Early cuts leaked from The Less You Know, The Better suggest a diverse set that offers a welcome balance between energy and moody introspection, while adding a newfound accessibility and retaining the sharp production touches the turntablist is known for. Talib Kweli, Tom Vek, Afrikan Boy, and Little Dragon are among the guests.

Drake's critically and commercially successful 2010 debut Thank Me Later 75 made the young Canadian hip hop artist an overnight star (at least in the U.S.; in Canada, he was already well known as one of the stars of Degrassi: The Next Generation). Now, there's no shortage of artists who want to work with him, as evidenced by the collaborators lined up for Drake's sophomore set Take Care. A final tracklist has yet to be nailed down, but it looks like the new album will feature contributions from Stevie Wonder, The Weeknd, Rick Ross, Lil Wayne, 8Ball & MJG, The Neptunes, 9th Wonder, and possibly even Jamie xx and Florence (without the Machine). 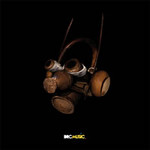 The latest project from Gorillaz/Blur leader Damon Albarn, DRC Music brings together leading Congolese musicians and a group of producers that includes Dan The Automator, Actress, Marc Antoine, and more. Recorded in the Congo over just five days in July with over 50 local performers, the Warp release Kinshasa One Two will benefit Oxfam. 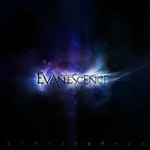 It has been five full years since multiple Grammy winners Evanescence last checked in with The Open Door 61, and eight years since the breakthrough success of their septuple-platinum debut Fallen. Adding to the delay was a troubled recording process that included sessions recorded in early 2010 with producer Steve Lillywhite that had to be scrapped when the band didn't like the outcome. Ultimately, Nick Raskulinecz (Foo Fighters) produced the tracks that will be found on Evanescence, including lead single "What You Want." It's the band's first album to feature touring drummer Will Hunt, who replaces the departed Rocky Gray, while Amy Lee remains the sole original member still with the group.

Listen to "What You Want" 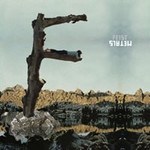 Last time, it took an iPod commercial to launch Leslie Feist to stardom; this time, she doesn't need the extra help to get there. While the upcoming Metals may not boast any one track as catchy as "1234" from 2007's The Reminder 79, it captures some of the serenity of the Big Sur location where it was recorded, while also incorporating an organic feeling from its mostly live (rather than overdubbed) recording process. Ranging from poppy and peppy to string-enhanced ballads, the 12 tracks were recorded with musicians such as Chilly Gonzales and Bjork collaborator Valgeir Sigurðsson.

Listen to "How Come You Never Go There" 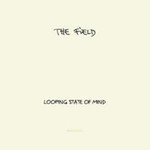 Swedish electronic artist Axel Willner aka The Field delivers his third full-length album fresh off of his excellent remix of Junior Boys’ “Banana Ripple.” Looping State of Mind stirs a few acoustic instruments into the usual tightly looped samples and still reaches the repetitious euphoria that The Field excels at. The album’s seven lengthy tracks are mixed by the Modernist. Fans in the States should be able to see the The Field live in October.

Working exclusively with producer Paul Epworth, who produced some of the better tracks on their hit 2009 debut album Lungs 79, Florence and the Machine return with a sophomore album to be released in the U.S. at some point during November (and on November 7 in the U.K.). Expect a more cohesive and more soulful album this time around, with Florence Welch's songs influenced by painter Frida Kahlo and author Virginia Woolf. 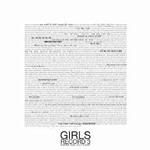 The San Francisco indie rockers go big on their second full-length (following 2009's Album 80), trying out genres ranging from soul to metal and even enlisting a gospel choir on several tracks. Father, Son, Holy Ghost is produced by Doug Boehm and features a full five-member band (a Girls first), rather than just the core duo of Christopher Owens and Chet "JR" White.