Yes, they can (for major releases) 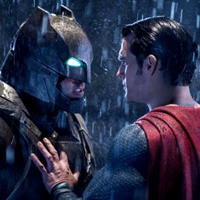 This fight was over in the 1st round

Just a few weeks ago, the blockbuster Batman v Superman: Dawn of Justice set a number of box office records during its opening weekend, grossing more in its first few days than any other March release in history (or any other Warner Bros. film, period). The following week, it made headlines in the industry press for more dubious reasons: the film's domestic receipts plummeted 69.1% in its second weekend.

It turns out that Batman v. Superman just wasn't a very good movie; critics gave the film lackluster or even scathing reviews upon its release. So was the film's second-weekend failure predictable? Do bad movies perform worse at the box office than good movies?

To answer those questions, we examined box office and film quality data for all major nationwide releases from the past decade, using our favorite proxy for film quality: Metascores. (For the uninitiated, Metascores represent the consensus opinion of top professional critics on a scale of 0 to 100, with higher scores indicating better reviews. Batman v. Superman scored a meager 44.) And it turns out that, on average, good movies really do make more money than mediocre or awful films.

Nationwide releases are heavily marketed prior to their release dates, and—especially for "event" films—thousands of tickets may be sold before a film's first review appears online. It would be fair to assume, then, that many mainstream movies are somewhat "review-proof" for their opening weekends. However, moviegoers certainly seem to be able to sniff out crummy movies in advance, as there is a surprisingly strong correlation between film quality and opening weekend grosses:

* All charts on this page include films originally opening in at least 2,000 theaters between January 1, 2006 and December 31, 2015 (but excludes re-releases of older films). Grosses are U.S. only. Source of box office data: Box Office Mojo

... but differences are even more pronounced over the full run

While better movies tend to open bigger than lousy films, it is actually the period after the opening weekend when the link between film quality and box office performance becomes even clearer.

After the initial wave of support from any built-in fanbase, films perceived as poor quality will presumably fizzle out rather quickly, while those bolstered by positive reviews will continue to attract filmgoers. The data support this assumption, with ticket sales for lousy films falling off much more sharply over the first week than those for better quality releases.

You can view each film's details below (hover over any dot to see the film's name). Note that the size of each dot corresponds to the film's total domestic gross (for its full run), with larger dots indicating higher total grosses. Just for fun, we added Batman v. Superman into the chart so you can see how much of an aberration its second-week performance was (hint: you'll find it next to a bunch of Twilight films).

Do Metascores correlate with a film's enduring popularity over the course of its entire theatrical run? Yes. As you can see below, the higher the Metascore, the higher a film's multiplier, on average. In this case, we are defining "multiplier" as each film's total box office gross divided by its opening weekend gross. A film with a higher multiplier will thus have more "legs" and earn a larger chunk of its receipts after opening weekend.

Oddly, the highest scoring films don't do quite as well as the second-highest group. This is likely an oddity caused by the tiny size of the 91-100 group: just seven films (four of which are Pixar releases).

You can see that multiplier in action in our final chart, which compares the average total domestic box office grosses for each group of films. Because of the gradual rise in multiplier as the Metascore increases, the difference between each group's total grosses is more extreme than the difference between opening weekend grosses. In both measures, however, the simple rule holds: the better the film, the more money it collects, on average. That effect becomes even more pronounced once the Metascore reaches 81 or higher:.

How strong is the connection between film quality and box office performance? Here is a recap of some of the data presented in the charts above:

Back to Batman v Superman

Based on Batman v Superman's Metascore of 44, we would expect a second-weekend box office decline of close to 50%. Instead, the film dropped nearly 70%. So its performance is more extreme than the typical film, though it is not without precedent. In fact, it isn't even a record. Here are the biggest second-week declines in the past decade—a group that includes mostly horror films and the Twilight Saga, with a few exceptions:

* Among films opening at 3,000 theaters. Domestic grosses only.

... and here's how it compares to other recent Batman and Superman films: