Updated Sunday 2/9 at noon with additional expert picks. No predicted winners have changed (though note that the Live Action Short winner did change in our previous update on Saturday).

Help for your Oscar pool 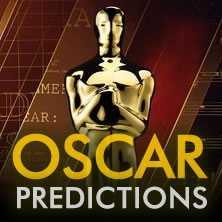 Will Parasite do what Roma couldn't a year ago and become the first foreign language film to take home the best picture Oscar? Or will Netflix collect its very first best picture trophy? Or could a movie with a yellow Metascore somehow be named the year's best picture? Or will 1917 simply win everything?

These and absolutely no other questions will be answered on Sunday night when the 92nd Annual Academy Awards ceremony airs live on ABC at 8pm ET (5pm PT), once again utilizing the no-host format introduced in 2019. If predictions hold, 1917 will indeed end the evening ahead of other contenders with six total Oscar wins while Joker (this year's nominations leader with 11), Once Upon a Time, and Parasite could also win multiple trophies. Then again, the experts correctly forecast just 15 of the 24 categories last year, so you may not want to ink in the winners just yet.

Below, we have aggregated predictions from 117 entertainment writers, film critics, and awards experts (find a list of their names at the bottom of the page), and compared them to the votes cast by 4,886 Metacritic visitors who participated in our 11th annual Oscar poll. Also listed are betting odds in each category as published at bet365 (as of February 4th).

If you have been following the awards races at all in recent weeks, you are probably aware that Sam Mendes' WWI drama 1917 appears to have all the momentum following wins at the Golden Globes, BAFTAs, and Producers Guild awards—and thus you shouldn't be surprised to see it as the favorite in the two biggest races.

But the experts don't exactly have a great track record at picking the best picture winner, and this year they appear to be less confident than a year ago (when they incorrectly selected Roma). However, in recent years, the eventual best picture winner has typically been the experts' 2nd-place choice if not their first. In other words, don't bet on any film other than 1917 or Parasite taking home the top prize (with the possible exception of Once Upon a Time in Hollywood). And before you start thinking that the top two prizes should go to the same film, remember that the Academy is definitely capable of splitting the director and best picture awards, having done so in three of the last four years.

Best picture, by the way, is one of just six categories where the user consensus and the expert consensus were not in agreement.

All four of this year's acting races appear to be locks, with the four favorites—SAG winners, all—unchanged for months. That was also true last year, however, and 2019 did see one upset winner (when Olivia Colman took home the best actress trophy instead of the heavily favored Glenn Close). Could there be an upset this year as well? It doesn't seem likely, but one name to look out for may be Scarlett Johansson, simply by virtue of appearing in two separate categories—obviously, Academy voters like her work this year, and she has yet to actually win an Oscar. (Cynthia Erivo is actually a double nominee this year as well, though her second category is best original song.) But if you are entering an Oscar pool, the safest bet is to go with the four favorites as listed.

The two screenplay races are much tighter than they usually are at this stage, with two films still in the running in each category. If it's any help, the experts usually get these two picks correct—but they didn't last year, and they usually come to more of a consensus than they did this year. But favorites Parasite and Jojo Rabbit did just take home WGA awards, so you certainly would be making a safe pick by penciling them in.

The safest pick you can make in your Oscar pool is selecting Parasite as winner of the newly retitled International Feature category—if that doesn't win here after receiving five additional nominations in other categories, it'll be the story of the night. Picks in the short film categories—always a bit of a crapshoot, regardless of what the experts say—appear to be more settled than normal, with only the live-action category remaining anything close to a toss-up. Surprisingly, the animated feature category is not quite as certain as you might expect; normally, if a Pixar film is in there, it would be something much closer to a lock, while Toy Story 4's near-70% support among experts suggests a tiny bit of doubt. The predicted winner of the live-action short category changed on Saturday from Brotherhood to The Neighbor's Widow, though the race remains the hardest one to predict this year.

Both music categories appear to be locks, but note that close to 90% support from the experts does not always guarantee an Oscar win. (At least, it didn't in 2016.)

Do yourself a favor and write down the name "Roger Deakins" in your Oscar pool—he's also one of this year's sure things. His film, best picture favorite 1917, looks likely to take home a handful of additional trophies in the technical categories—at least, for sound and visuals—and the only race where there isn't a dominant favorite is film editing, where Ford v Ferrari has a slight edge at the moment. Keep in mind that the experts always get at least one of these categories wrong (often visual effects, for some reason—so, good news for Avengers: Endgame?), and occasionally, like last year, they get most of them wrong.

* As reported all or in part at Gold Derby (reflecting any updates through February 9, 2020).