Updated 4/25 at 3:25pm: Expert picks remain unchanged from Saturday. Previous changes this week include Film Editing (where The Trial of the Chicago 7 now has an edge over previous leader Sound of Metal) and Documentary Short (where A Concerto Is a Conversation now leads A Love Song for Latasha). In addition, the projected Best Actress winner flipped on Friday (when Viola Davis took a slight lead over previous pick Carey Mulligan) and remains the same on Saturday.

Results can be found in our 2021 Academy Awards Recap >

Guidance for your Oscar pool 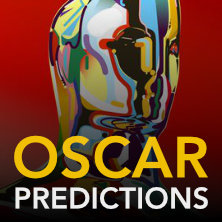 Will Nomadland fulfill months of expectations by taking home the top prize? And will that film take home the most Oscar trophies this year—or could Ma Rainey's Black Bottom collect the biggest haul even if it doesn't win best picture?

Those are just some of the questions that will be answered on Sunday night during what may be the most unconventional Oscar broadcast of all time. Airing live on ABC at 8p ET (5p PT), the 93rd Annual Academy Awards will go hostless for the third straight year. But to accommodate the unusual circumstances in which we find ourselves, the ceremony has been moved (at least in part) from its usual Hollywood home to L.A.'s Union Station, where there will be in-person presentations of awards rather than the past year's more typical Zoom-centered ceremonies embraced by other awards groups. First-time Oscar producer Steven Soderbergh has promised tweaks to the usual formula that should result in a more cinematic feel to the broadcast. One possibly unwelcome change: The performances of all five Oscar-nominated original songs have been stripped out of the main ceremony and will now air at some point during the pre-show instead.

But let's get back to the predictions. Making things a bit easier this year: There are now only 23 categories (down from the usual 24) to forecast, thanks to the consolidation of the two sound categories into one. But remember that the expert picks aren't always correct. Last year, our expert panel actually performed well, correctly forecasting 21 of 24 categories. But the prior year was a different story, with the pros getting just 15 of 24 right. That said, there appears to be much more agreement among experts this year than in years past.

Below, we have aggregated predictions from over 110 entertainment writers, film critics, and awards experts (find a list of their names at the bottom of the page), and compared them to the votes cast by 2,259 Metacritic visitors who participated in our 12th annual Oscar poll. Also listed are betting odds in each category as published at bet365 (as of April 20, 2021).

Will anything upset Nomadland in the top two categories? Don't bet on it. Chloé Zhao's film looks likely to add to its already overwhelming best picture awards haul from the past four months, and Zhao herself looks like she will be taking home multiple trophies—three if everything goes as predicted, and possibly a fourth if she can score an upset in the editing race.

Out of the four acting categories, only one appears to be in doubt: lead actress, where Viola Davis now has a exceedingly slight lead over Carey Mulligan (who was the predicted winner earlier in the week). Davis has seen her odds improve considerably after taking home the SAG Award, though her fellow nominee Andra Day (The United States vs. Billie Holiday) experienced a bit less of a bump from her recent Golden Globe win.

Neither screenplay race appears to be close upon first examination, but both may be a bit tighter than the numbers indicate according to informal surveys of Academy voters by the trades. Still, Emerald Fennell did recently win both a BAFTA and a WGA Award for her Promising Young Woman screenplay—which should reassure anyone who is planning on picking her to win the Oscar. But The Father could upset in the adapted screenplay category (where its odds have been improving slightly as the week progresses), given that the six-time Oscar nominee will likely be shut out elsewhere and that co-writer Christopher Hampton already has an Oscar trophy on his mantle. (Or in his bathroom? We're not really sure where those things are kept.)

While the international and animated feature categories are locks for Denmark's Another Round and Pixar's Soul, respectively, the documentary feature category is slightly closer. In the latter, My Octopus Teacher is actually the worst-reviewed of the five nominees but is nevertheless widely expected to win, buoyed by its strong viewership numbers on Netflix. The three short film categories, as always, are a bit less predictable, though the animated short category does have an overwhelming consensus pick, while the lead for live-action short pick Two Distant Strangers (which benefits from both a timely story and Netflix availability) has been growing throughout the week. But the documentary short category is basically a coin flip between A Concerto Is a Conversation (which leads the expert picks as of Saturday) and A Love Song for Latasha (which was leading all week prior to Saturday).

One way or another (and probably the Soul way, joined by The Late Show's Jon Batiste), the Nine Inch Nails duo of Trent Reznor and Atticus Ross should each collect their second Oscar statuettes on Sunday night. The original song race seems to have three legit contenders, and while the percentages are still in flux, Miami's "Speak Now" should get Leslie Odom Jr. an Oscar even if his name isn't in the envelope for the supporting actor race.

The technical races are about as lopsided as the other categories, with one major exception: film editing, which might be Sunday's most competitive race outside of lead actress. (It's so close that the expert prediction—which currently gives a slight edge to Sound of Metal—could very well change between now and Sunday.) (Update Saturday 4/24: It did indeed change, and in a major way.)