The birds and the boys 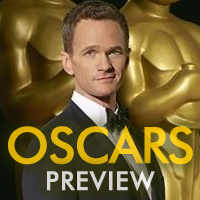 While most of the races heading into this weekend's Oscar ceremony appear to be locked up, there may be just enough uncertainty in the major categories to keep things interesting. Then again, that might be wishful thinking, but we'll know for sure when the 87th Annual Academy Awards ceremony, hosted for the first time by Neil Patrick Harris, airs Sunday at 8:30pm ET (5:30pm PT) on ABC.

If the experts are mostly correct in their Oscar predictions (as always, a big if), Wes Anderson's The Grand Budapest Hotel will take home more trophies than any other film this year. But not best picture. That category—as well as best director—appears to be a head-to-head match between Birdman and Boyhood.

Below, we've aggregated predictions from over 60 entertainment writers, critics, and awards experts, and compared them to the votes cast by over 3,000 Metacritic visitors who voted in our 6th annual Oscar poll. Also listed are the latest betting odds in each category as published by Bovada (as of Wednesday, February 18). Check our site Monday morning for the final results as we reveal which users and experts had the most accurate predictions. We'll also collect reviews of the broadcast from TV critics

While the best director Oscar usually goes to the same film that wins best picture, the awards have been split 23 times in Academy Awards history, including in each of the past two years. And it could happen again this year, with each category basically a two-film race between Birdman and Boyhood. Metacritic users went with the latter, but experts (and oddsmakers) have been trending toward Birdman, thanks to that film's recent PGA win (among other momentum-building honors). And remember that Boyhood's 100 Metascore is no guarantee of the Oscar; the Academy frequently opts for films with lesser reviews.

Only one of the four acting categories is even remotely competitive: lead actor, where Eddie Redmayne has a sizable lead with the experts over Birdman's Michael Keaton (who was the choice of our users). A few experts think that Redmayne and Keaton will divide the vote, leaving Bradley Cooper an opportunity to sneak in for the win for his performance in the only one of those five movies that was a box office hit: American Sniper.

It looks like Wes Anderson will pick up his first Oscar win for his Grand Budapest Hotel screenplay, but the adapted category is a bit harder to predict. Remember, all other awards organizations treated Whiplash as an original screenplay, so it has yet to be in direct competition with the likes of The Imitation Game and The Theory of Everything.

The LEGO Movie's loss is How to Train Your Dragon 2's gain, with the latter widely expected to win for animated feature thanks to the former's unexpected exclusion from the field. The animated short category also appears to have an overwhelming favorite in Feast, which is a Disney production. But remember that just a year ago another Disney animated short, Get a Horse!, was also an overwhelming favorite to win an Oscar, only to be upset by a lesser known competitor.

The two documentary categories also appear to be locked up, though the short film contests are always a bit tricky to predict accurately. The frontrunner there is the HBO production Crisis Hotline: Veterans Press 1, which focuses on a suicide hotline for members of the military.

The foreign-language category is one where upsets can and do occur, though Poland's entry Ida, which deals in part with the Holocaust, would appear to be Academy-friendly material. The live-action short competition is another one that is always difficult to predict—it is the only category this year where all five nominees received support from at least one expert—so don't necessarily read The Phone Call's big lead with the experts as a sure thing. Still, that favorite features two well-known leads in Sally Hawkins and Jim Broadbent, which doesn't hurt its chances.