Updated 3:14pm to add trailers for the new shows.

Our comprehensive coverage of the TV network upfront presentations this week in New York continues with a look at Fox's plans for the 2018-19 season. We'll have additional reports for the other networks each day this week. See more upfronts coverage... While most renewal decisions were made earlier in the week, Gotham was renewed for one last (likely shortened) season last night, leaving only the first-year comedies Ghosted and LA to Vegas on the bubble heading into this morning. Both shows remain in limbo, with the network indicating that a decision has not been made either way (and may not come for another serveral months).

* Season debuts this summer; status will be determined after show airs.
** Picked up by NBC after cancellation by Fox.

Midseason debuts that do not yet have a day/time:
Cosmos, Gotham, The Orville, The Passage, Proven Innocent

Fox's new shows at a glance

The four first-year series ordered for Fox's 2018-19 season are detailed below. Pilots that did not get picked up by the network include musical drama/romance Mixtape, multicultural family sitcom Our Family, an adaptation of Dennis Lehane's crime novel Gone, Baby, Gone, the Katie Holmes drama No Apologies, and Erin Foster's semi-autobiographical comedy Daddy Issues, though those latter two projects aren't entirely dead and still have a slim chance at a later pickup. In addition, Thomas Lennon's comedy pilot Dan the Weatherman is being reworked and will have another shot at cracking the lineup at midseason, as will the Lake Bell/Dax Shepard comedy Bless This Mess, which won't film its pilot until next month. 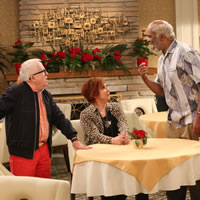 One of the reasons that Fox just canceled so many of its comedies is that, as modern single-camera shows, they weren't stylistically compatible with new pickup Last Man Standing, which is a traditional multi-camera sitcom. That's why both of the network's comedy newcomers in 2018-19 are also of the multi-camera variety. (Note that ABC didn't feel a comparable need to pair Roseanne with another multi-camera sitcom.) The Cool Kids is created by It's Always Sunny in Philadelphia star Charlie Day (along with writer Paul Fruchbom), and is produced by most of Day's Always Sunny co-stars. But don't let the title fool you: The other aspect of the show that makes it unusual for Fox is that there is no one even remotely resembling a kid (or a 20-something) in the cast. All of its stars (Vicki Lawrence, David Alan Grier, Leslie Jordan, and Martin Mull) are playing septuagenarians living in a retirement community—albeit one with as many cliques as a high school. 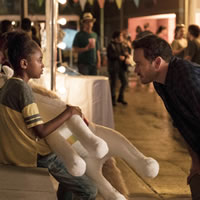 The Passage
DRAMA coming in midseason

The first new Fox series to get the green light for 2018-19, The Passage is based on Justin Cronin's genre-blending vampire(-ish) book trilogy of the same name (though will seemingly focus on just the first part of the story). Mark-Paul Gosselaar stars as federal agent Brad Wolgast, who finds himself serving as a surrogate father to a 10-year-old girl who is a test subject for a secret government medical experiment that has the potential to eliminate all disease—or wipe out the human race. Emmanuelle Chriqui and Vincent Piazza also star. The adaptation comes from Liz Heldens (Deception, Mercy) and counts Ridley Scott and Matt Reeves among its producers. The series actually is a retooled version of a pilot shot a year ago, when it just missed the cut for the 2017-18 lineup, and it is unclear how much of the supernatural and horror aspects of the books is retained. Fox certainly isn't using the word "vampire" to describe the show (the book doesn't, either), but the network does briefly refer to "a dangerous new race of beings." 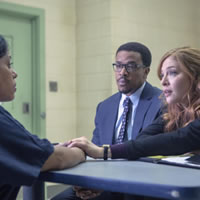 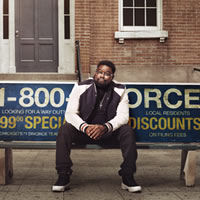 A vehicle for Get Out and The Carmichael Show supporting star Lil Rel Howery, Fox's second new multi-camera sitcom counts several other Carmichael Show veterans among its producers, including Jerrod Carmichael himself, plus Kevin Barnett and Josh Rabinowitz (who are credited as creators along with Howery). Howery plays a version of himself as he tries to build a new life in Chicago as a single father after he discovers that his wife is cheating on him with his barber. (He also needs a new barber.) Sinbad co-stars as Howery's father, and Mike Scully (The Simpsons, Parks and Recreation) will be the showrunner.