Our comprehensive coverage of the TV network upfront presentations this week in New York continues with a look at Fox's plans for the 2017-18 season. We'll have additional reports for the other networks each day this week. See more upfronts coverage... Heading into today, several shows were still on the bubble. Fox announced that Scream Queens would not return for a 3rd season, but the network has not yet made a decision about newcomer 24: Legacy. (One complication is the availability of 24 star Corey Hawkins, who is currently starring in the Broadway production of Six Degrees of Separation; as a result, don't expect a finally decision anytime soon.) In addition, Shots Fired was originally pitched as a sort of American Crime-style anthology series, but since Fox made no mention of it today, it seems likely that it will be one-and-done. The network did not offer an update on Wayward Pines, which Fox previously indicated was still in play for a potential third season.

Midseason debuts that do not yet have a day/time:
9-1-1, LA→Vegas, MasterChef Junior, New Girl, The Resident, The X-Files

Fox's new shows at a glance

The six first-year series ordered for Fox's 2017-18 season are detailed below. Shows that did not get picked up include the Lauren Graham comedy Linda From HR (which could get picked up at a later date), the Melissa McCarthy-produced family comedy Amy's Brother, movie adaptation Behind Enemy Lines, an untitled college rape drama starring Archie Panjabi and Anthony Edwards, and workplace comedy Type-A (which would have starred Eva Longoria, Ken Marino, Kyle Bornheimer, and Andy Richter). Fox has also pushed several projects outside of the normal pilot season this year, so additional shows such as an adaptation of Justin Cronin's fantasy novel The Passage and medical procedural The Beast (which promises to kill off one of its three patients each week) will film pilots this summer and could be picked up for midseason. 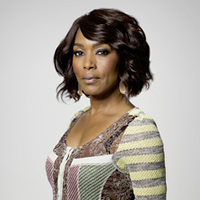 A change of pace from producers Ryan Murphy and Brad Falchuk—in that it seems to be fairly standard television fare—9-1-1 is a procedural about first responders, including cops, paramedics, and firemen. (It's like three Dick Wolf shows in one!) Angela Bassett heads the cast. 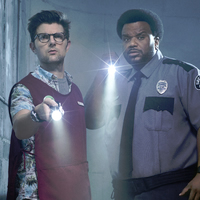 From TV newcomer Tom Gormican (That Awkward Moment) comes a sort of comedic take on the X-Files formula—yes, on the same network that actually airs The X-Files. A skeptic (Craig Robinson) is paired with a brilliant true believer (Adam Scott) by a secret government agency to investigate paranormal activity in Los Angeles, uncovering a much larger, world-threatening mystery in the process. Jonathan Krisel (Portlandia, Baskets) directs the pilot and is among the producers, as are Naomi Scott and Kevin Etten (Workaholics), with the latter serving as showrunner. The network is already tweaking the pilot, and will recast one role. 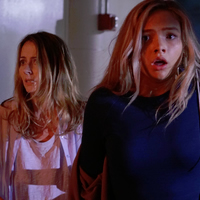 The Gifted
DRAMA Mondays at 9p

Sister network FX was first out of the gate with an X-Men series (Legion), but next season Fox will jump on the Marvel bandwagon as well. Burn Notice creator/showrunner Matt Nix serves in that same capacity here with a story about suburban parents (Amy Acker, Stephen Moyer) who discover that their children possess unusual powers and must go on the run to protect them from the government with the help of an underground network of mutants. Veteran X-Men film director Bryan Singer directs the pilot and serves as a producer. The pickup means that Marvel will have shows on six different networks (including streaming services Netflix and Hulu) next season, though Fox will be the only network to have both Marvel and DC shows. 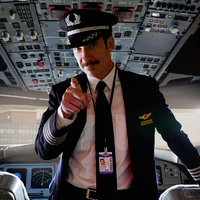 Hailing from writer/producer Lon Zimmet (Superstore, Happy Endings, Unbreakable Kimmy Schmidt), this single-camera workplace comedy focuses on the crew and regular passengers of a regular weekend roundtrip flight between Los Angeles and Las Vegas. (Technically, they fly out of Burbank, but putting that city in the show title would probably be a series-killer.) Dylan McDermott heads a cast that also includes Ed Weeks, Kim Matula, Olivia Macklin, and Peter Stormare. Producers include the Funny or Die team of Will Ferrell and Adam McKay, plus Modern Family's Steve Levitan (who also directs the pilot). 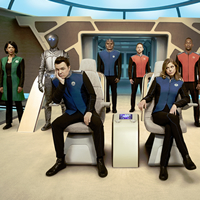 The Orville
COMEDY/DRAMA/SCI-FI Thursdays at 9p

Given a 13-episode series order over a year ago (without a pilot), The Orville is Family Guy creator Seth MacFarlane's live-action homage to one of his favorite programs, Star Trek, complete with color-coded uniforms and an alien working among the bridge crew. The hourlong sci-fi dramedy is set 300 years in the future aboard a "mid-level" exploratory interstellar vessel named Orville. MacFarlane himself stars alongside Adrianne Palicki (as his first officer and ex-wife), Scott Grimes, Penny Johnson Jerald, and Chad L. Coleman. Jon Favreau directs the pilot. Fox is expected to give the series a high-profile post-NFL launch on a Sunday night this fall before the show settles into its Thursday timeslot. 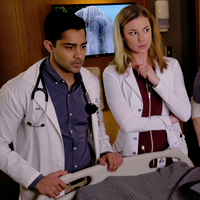 Fox's latest attempt at a hospital-set medical drama stars Emily VanCamp (Revenge) and Matt Czuchry (The Good Wife), and is told mainly through the point of view of a new resident (Manish Dayal), with the series beginning on his first day on the job. Co-created by Mystic Pizza screenwriter Amy Holden Jones (with Code Black's Hayley Schore and Roshan Sethi), the series also counts Antoine Fuqua and Phillip Noyce (who directs the pilot) as producers.