Comparing the 2018 releases of game publishers 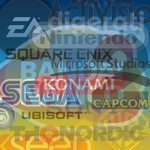 Which game publishers released the best games last year? For the ninth consecutive year, we sifted through 12 months of data to determine the best and worst game publishers of the year, based solely on the quality of their 2018 releases. Sales and user reviews do not factor into these rankings; only critic reviews (as captured by each game's Metascore) are used to evaluate performance.

We divided publishers into two separately ranked groups, based on the number of titles released during the previous calendar year. Our first group consists of the most active companies who each published 12 or more distinct titles (with Metascores) during 2018. The remaining "mid-size" publishers, detailed further down the page, each released between 5-11 distinct titles last year. Publishers with 4 or fewer distinct titles are excluded.

Here are the details on how the major publishers stacked up based on the quality of their 2018 releases:

With most publishers merely moving up or down one spot, there are few significant changes compared to last year's rankings. But this is the major exception. Increasing its Metascore for the second straight year, the 40-year-old Japanese videogame company soared to the top of our annual rankings after placing 5th a year ago. Capcom received positive reviews from the gaming press for five out of every six products released in 2018—an 83.3% success rate that easily led our group of the largest publishers. The company received stellar reviews for its latest Monster Hunter title, which is now Capcom's best-selling game in history. (And the publisher's 2019 is also off to a great start.) One caveat: Many of the other high-scoring Capcom titles from 2018 were remasters and/or compilations of previously released games, and there were no new properties added to Capcom's lineup.

* Not part of or related to an existing game or series
** Out of games with at least 25 user reviews.
† Scored products are the number of products released last year with at least four reviews from professional critics (which is the minimum needed to have a Metascore calculated); iOS games are not included. The difference in Distinct Titles and Total Products results from multi-platform releases; for example, if Tom Clancy's Mario Warriors 7: Snake's Revenge comes out on the PS4, XB1, and PC, that counts as 3 total products but just 1 distinct title. Average Metascore is the average of all individual Metascores for all scored products in 2018 (next to that is the change from the 2017 average), while the Metascore distribution chart shows what percentage of those Metascores were green (Metascore of 75-100), yellow (50-74) or red (0-49).

Sega landed in our top 3 for the third time in four years (with the exception coming in a year when Sega failed to release enough games to qualify for our "major" publishers group). That's especially impressive given that Sega released more distinct titles than all but one other publisher in 2018. Note that all of Sega's averages and totals include games published by Atlus, a recently acquired Sega subsidiary that (as of 2018) now shares top-level management with the parent company.

EA actually landed on our "mid-sized" publishers chart a year ago (a rarity for them) thanks to lower-than-normal 2017 output. But their 2018 lineup of games was both bigger and better. The company averaged 78.4 for its EA Sports titles and 76.8 for its other games, and there wasn't a bad release in either group. EA was also one of the rare major game companies to publish multiple new IPs in 2018, releasing a pair of titles under its new EA Originals label for games from small, independent developers. The results of that initiative were a bit mixed last year, however: A Way Out received positive reviews, but Fe failed to impress critics.

Nintendo tied Sega for the largest number of titles released in 2018. (Square Enix had more total products, but fewer distinct titles.) While its ranking and average Metascore declined a bit compared to the prior year, Nintendo had two games scoring 90 or more in 2018: Super Smash Bros. Ultimate and Bayonetta 2, both for the Switch. Nintendo also launched two well-reviewed new IPs last year (including its new Nintendo Labo cardboard-to-game series), though the better of those (Octopath Traveler) was developed by Square Enix rather than in house.

Though Ubisoft's average Metascore dropped out of the green range, the publisher's overall ranking actually rose by one place—mainly because several of its competitors experienced similar (or worse) drops in 2018. Ubisoft's highlights last year included new installments in the Assassin's Creed and Far Cry franchises, though critics were left unimpressed by the many expansions released for the latter. Another disappointment was racing game sequel The Crew 2, which failed to improve over its mediocre predecessor.

Sony may rank in the middle of the pack (again), but it places first in one category: most 90+ games released in 2018, with three (the stellar God of War reboot, the Shadow of the Colossus remake, and VR platformer Astro Bot: Rescue Mission). At the same time, unlike the five publishers ranking higher, Sony released a terrible game last year (and another, The Midnight Sanctuary nearly fell into the red score range). Note that Sony's averages and totals include games published by Unties, a label run by Sony Music Entertainment, in addition to those published directly by Sony Interactive Entertainment.

Square Enix—which once again released more products overall than any other publisher—saw its average Metascore drop by over two points in 2018, thanks in no small part to a pair of lousy games: The Quiet Man, which quickly earned a reputation as one of 2018's biggest flops, and Fear Effect Sedna, a Fear Effect sequel which came from the company's indie game initiative, Square Enix Collective. But the Collective did score positive reviews for brand-new titles like Octahedron and Forgotton Anne. Note that we include games published by Taito (a Square Enix subsidiary) in all of Square Enix's totals and averages.

Bandai's totals include games branded under D3 Publisher, a subsidiary, and that group includes the Switch title Tennis, the lowest-scoring game released by a major publisher in 2018. But Bandai also had two negatively reviewed games released under its own name: New Gundam Breaker and One Piece: Grand Cruise. In all, only half of Bandai's games received positive reviews last year.

Digerati ranked 18th in our "mid-size" publishers group a year ago, and while it released more—and slightly better—games in 2018, the Austin, Texas-based company was unable to rank highly among its new "big"-company peers. The publisher released only a handful of decently reviewed titles, including the metroidvania game Omega Strike and arcade-style action sequel Bleed 2.

The American branch of Japan's Nippon Ichi Software once again landed very close to the bottom of our rankings, as it did a year ago, even though it managed to increase its average Metascore by more than a point. But NIS managed to avoid releasing any negatively reviewed games in 2018—a feat it could not accomplish in 2017.

Last year, European distributor Plug In Digital (which also operates under the name Playdius) ranked 7th in our "mid-size" group, thanks to a solid average Metascore of 75.3. But an increase in quantity in 2018 came with a decrease in quality. Just five of Plug In's 2018 releases scored positive reviews from critics, and only one managed to eke out an 80.

Only 22% of Focus Home Interactive's 2018 releases received positive reviews from critics. (Hint: That's not good.) And most of those good releases were actually installments of the same episodic game: The Council, released in five parts. (And even some of those weren't good; one episode scored as low as 58.) Focus is also the only major publisher not to receive at least one score of 80 or higher in 2018.

Only one publisher released more scored products than THQ Nordic in 2018 (we're including games published by THQ subsidiaries Deep Silver, HandyGames, Koch Media, and Ravenscourt here). Yet, out of those 47 products, only five received positive reviews from critics—that's a miserable 11% success rate, lowest among all major publishers by a large margin (and well below the publisher's already unimpressive 25% rate the year before).

Each of the "mid-size" publishers listed below may in some cases actually be large companies, but all of them released just 5-11 distinct titles in 2018. (Note that in previous years the minimum cutoff was 6 titles, but we wanted to be a bit more inclusive this year.) They are ranked according to the exact same methodology we used to rank the larger publishers above, earning points for average Metascore, % of releases that earn positive or negative reviews, and the total number of great games.

All scores in this report are from January 15, 2019, and U.S. release dates and publishers are used for all games except those never released in the U.S. iOS games are excluded.