30 Games That Emerged from Development Hell

Years in the making 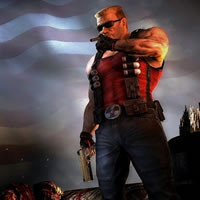 Forever took only half that long to come out

Last week saw a milestone in videogame history: the release of Duke Nukem Forever (360, PS3, PC), a project delayed so long that it became a running joke. Originally conceived in 1996, DNF took 15 years to reach market, making it likely the longest development period for any game to date.

While a rare game like Atari's notorious 1982 flop E.T. The Extra-Terrestrial can spend barely over a month in development, most titles require years of work before they are ready for release. The problem arises when announced release dates come and go with no sign of a finished product, causing such games to earn the derisive label of "vaporware."

Diablo III (in the works now for a decade) heads the list of current vaporware titles that are eagerly anticipated by gamers but have no upcoming release date scheduled and may never reach stores. But some games, like Duke Nukem Forever, are able to emerge from a protracted and troubled development hell to shed their vaporware status and become actual games, for better and worse. Below, we survey 30 of the gaming world's most legendary vaporware titles that eventually received a commercial release, divided into three groups.

We start with the unqualified successes ...

More than worth the wait

Each in our first group of games proved to be worth the lengthy wait, as the years spent refining the game resulted in a title heralded by critics and users alike. 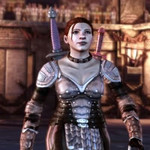 First announced at 2004's E3 conference, BioWare's initial installment in its Dragon Age RPG series was billed as a successor to its legendary Baldur's Gate franchise, though without the connection to Dungeons & Dragons. When it was finally released over five years later, the title turned out to be one of the best-reviewed PC games of 2009, but a too-quick follow-up just 16 months later proved to be less successful.

* Time in development is approximate for this and all other games on this page. 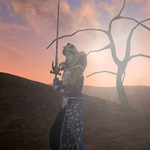 Bethesda Game Studios had huge ambitions for Morrowind when it was first conceived in the mid-1990s, but had to wait until technology could catch up to follow through on those plans. "Close to 100 man-years" of development work later, the result was a truly massive game that stood as one of the finest single-player action-RPGs ever released. 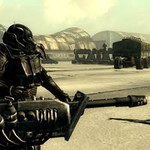 While a Fallout 3 has been under development at various times since the early part of the last decade, work on the Fallout 3 -- as eventually published by Bethesda -- didn't begin until 2004. Prior to that, a completely different version of Fallout 3 was being developed by Black Isle Studios and, though it was scrapped when parent company Interplay went under, much of their version of the story (codenamed Van Buren) later resurfaced in 2010's Fallout New Vegas. The official Fallout 3, meanwhile, was named game of the year by several publications in 2008. 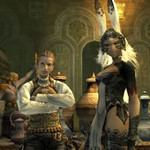 The lengthy gestation period for FF12 -- due, in part, by the need to create a new suite of development tools first -- paid off in the form of some of the best reviews in the history of Square Enix's fantasy franchise. While many longtime fans were also supportive (and the game sold well), some were disappointed in the RPG's new gameplay tweaks. 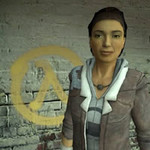 While developer Valve is somewhat notorious among gamers for frequent delays among its most anticipated releases, those long waits are just as frequently rewarded with high quality games. And none has been better than the 2004 FPS Half-Life 2, though were it not for a last-second postponement announced the previous fall, the title would have been 2003's best game instead. A few episodic sequels followed, but the next -- Half-Life 2 Episode 3 -- is already nearing legendary vaporware status itself.

While it's not quite the mind-blowing masterpiece that fans seemed to expect, Team Bondi's long-in-the-works 1940s-era detective thriller proved to be innovative in its use of cinema-quality motion-capture technology and voice acting. But most movies spend far less time in production. 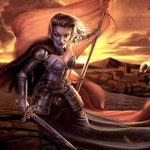 Sharing a name with, but not really based on, AOL's first-of-its-kind graphical MMORPG of the 1990s, BioWare's Neverwinter Nights was also set in the Dungeons & Dragons universe. Originally announced for a 1998 release, the game suffered a series of delays caused by, among other things, the bankruptcy of original publisher Interplay, the publication of a new version of the official D&D rules, and the need to develop a new game engine (Aurora, which was later put to good use in Star Wars: Knights of the Old Republic as well). 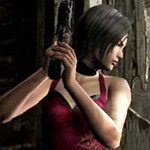 The fourth installment in Capcom's hugely popular survival horror series, appropriately enough, went through four different incarnations during its lengthy development process. But the final product proved to be more than worth the wait, earning numerous game of the year honors in 2005 and influencing countless third-person shooters that followed. 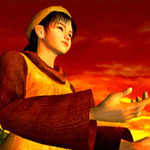 Originally a conventional RPG set in the Virtua Fighter universe developed for the Sega Saturn, Shenmue eventually morphed into a groundbreaking 3D open-world adventure for the Dreamcast only loosely inspired by VF. The result of all of that (re)development work -- the game cost a then-record $47 million to bring to market -- was a visually stunning marvel, and a sequel followed within a few years. But the game couldn't come close to recouping its development costs, and fans have been waiting for the next chapters in the continuing story for over a decade, with no guarantee of Shenmue III ever arriving. 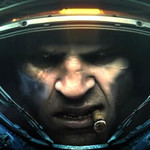 Fans of Blizzard's original StarCraft -- considered one of the best real-time strategy games of all time -- had to wait a dozen years to get a sequel, even though work began on the game back in 2003. Still, at least it eventually arrived; a third-person shooter spin-off, StarCraft: Ghost, was announced in 2002 but shows no signs of surfacing anytime soon. 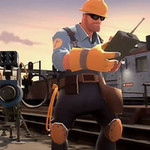 Valve's most famously delayed title was not Half-Life 2, but this follow-up to the popular multiplayer shooter modification to Quake (so popular, in fact, that Valve hired its creators). Little was heard about Team Fortress 2 after it was originally announced in 1998, but the game eventually became a reality -- albeit with a completely reimagined look, cartoony instead of realistic -- as part of Valve's legendary Orange Box release (which also included the original Portal) in 2007. 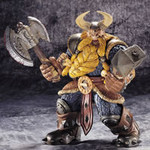 Four years of anticipation paid off in a big way for Blizzard in 2002, when their final real-time strategy installment in the Warcraft series became the fastest-selling PC game of all time shortly after its release. The follow-up, World of Warcraft, took a relatively speedy three years to develop, but proved to be even more enduring.

On the next page, we look at long-delayed games that weren't quite so warmly welcomed ...