11 Films to See in January 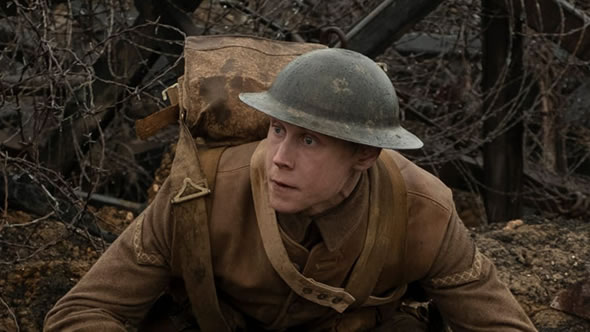 Director Sam Mendes’ tribute to his grandfather’s experiences in World War I follows two soldiers (George MacKay and Dean-Charles Chapman) on a mission to save 1,600 men. Filmed in long takes edited together to appear as one long shot, it is a feat of virtuosic filmmaking. But is 1917’s technical wizardry (especially Roger Deakins’ cinematography) enveloping or distancing? That is what the critics are debating. The majority find the film to be an immediate and memorable spectacle, but for the detractors, it’s a showy gimmick. Decide for yourself this month as the movie opens nationwide on the 10th after beginning its awards-qualifying run in a few theaters on Christmas. 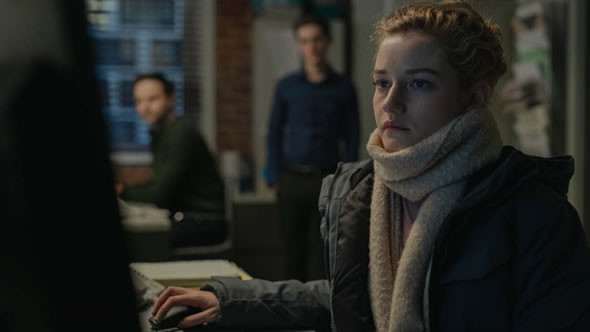 The first narrative feature from Casting JonBenét director Kitty Green stars Julia Garner (Ozark) as Jane, an aspiring film producer whose first Hollywood job is as an assistant to a powerful entertainment mogul (who is not named Harvey Weinstein, but may as well be). Capturing a single day in Jane’s life as she works for a faceless, nameless boss, The Assistant accumulates power through Garner’s performance. But, while timely, the film seemed a bit too cautious for a few critics. 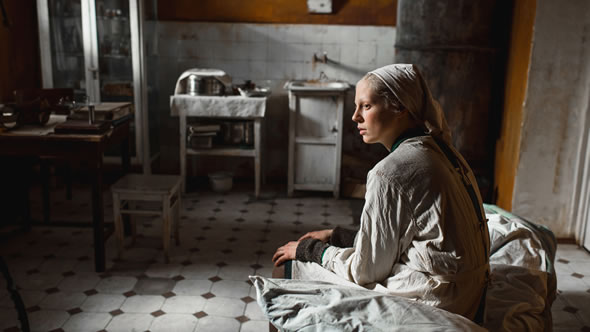 Twenty-eight-year-old Russian director Kantemir Balagov's second feature is set in post-World War II Leningrad, where two young women, Iya and Masha (impressive newcomers Viktoria Mironshnichenko and Vasilisa Perelygina), struggle to rebuild their lives while dealing with the physical and psychological scars of war. It’s a harrowing film, but one crafted so well that Balagov won Best Director in the Un Certain Regard section of the 2019 Cannes Film Festival, and the film made the Oscar’s international feature film shortlist. 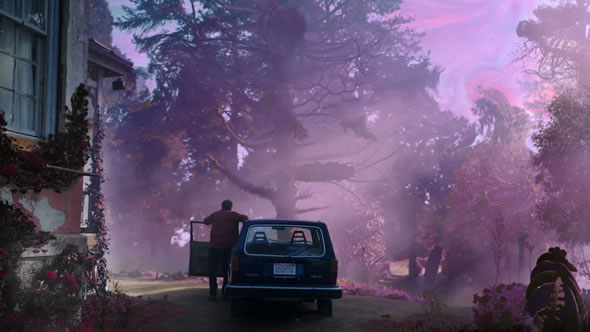 South African director Richard Stanley’s first narrative feature in 25 years is a loose adaptation of H.P. Lovecraft’s short story of the same name. It is also a chance to be entertained once again by Nicolas Cage slowly going mad on screen. Cage plays the patriarch of the Gardner clan, whose bucolic life is upset when a meteorite lands on their family farm, infecting the land with a strange color. Soon, this alien force is mutating any life form (including, sadly, the farm’s alpacas) it comes in contact with, resulting in a hilarious (if you get on its wavelength), psychedelic horror film. 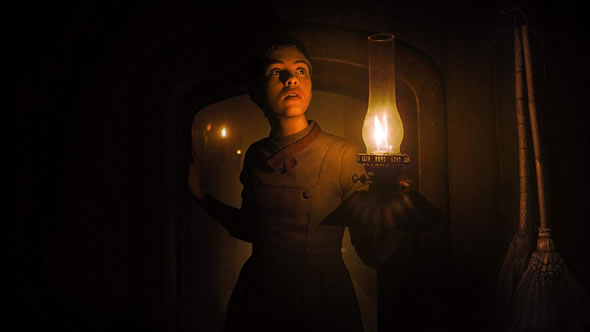 Director Oz Perkins has earned a following with his first two horror thrillers— The Blackcoat's Daughter and I Am the Pretty Thing that Lives in the House. With his latest, he updates the classic Grimm fairytale about two young children who stumble upon a house in the woods made of bread and sweets and occupied by a cannibalistic witch. IT's Sophia Lillis takes the lead in the title and the film, playing an older Gretel than in the original tale, and Alice Krige is the hungry witch. Perkins’ films have been praised for their immersive atmosphere but criticized for their lack of narrative momentum. Maybe this time he can bring the two together successfully. 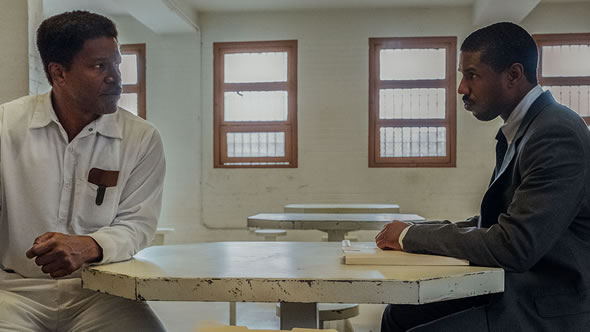 Before he jumps into the Marvel Cinematic Universe with 2021's Shang-Chi, Destin Daniel Cretton (Short Term 12, The Glass Castle) delivers another well-meaning drama with this true story of Harvard-educated lawyer and activist Bryan Stevenson (Michael B. Jordan). Brie Larson, the star of his previous two films, takes on a supporting role as a local advocate who supports Stevenson in his years-long defense of Walter McMillian (Jamie Foxx), who was sentenced to death for the murder of an 18-year-old girl despite evidence proving his innocence. Reviews for the film (which expands nationwide this month after an earlier awards-qualifying run) have been kind but not overly enthusiastic, except when praising the performances of Foxx and Jordan. 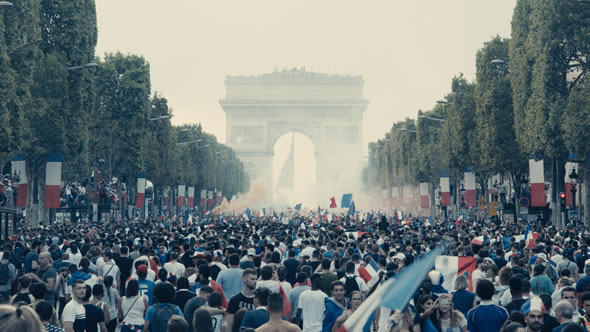 At the 2019 Cannes Film Festival, director Ladj Ly’s first feature (an expansion of his award-winning short film) shared the Jury Prize (3rd place) with Bacurau and is now one of ten films shortlisted for the international feature Oscar after France opted to submit it in lieu of the better-reviewed Portrait of a Lady on Fire. Inspired by the 2005 riots in Paris (but not necessarily Victor Hugo’s novel), this intense, day-in-the-life procedural follows a new member of the anti-crime police squad into the Paris suburb of Montfermeil as the neighborhood spirals out of control after an arrest turns violent. 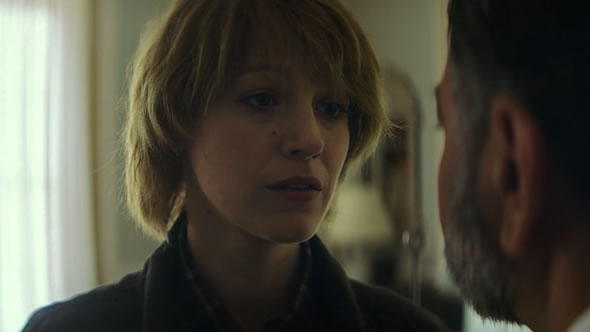 The latest from cinematographer turned director Reed Morano (Meadowland, I Think We're Alone Now, and the first three episodes of The Handmaid's Tale) is an adaptation of the first book in Mark Burnell’s Stephanie Patrick book series. Based on Burnell’s script, the film follows an ordinary woman (Blake Lively) determined to find out who killed her family when she discovers the plane crash responsible for their deaths was not an accident. To seek revenge, she joins a covert intelligence agency, bringing her into contact with characters played by Jude Law and Sterling K. Brown. The action-heavy movie was originally slated to be released in February of 2019, but Lively injured her hand while filming a stunt, delaying production. 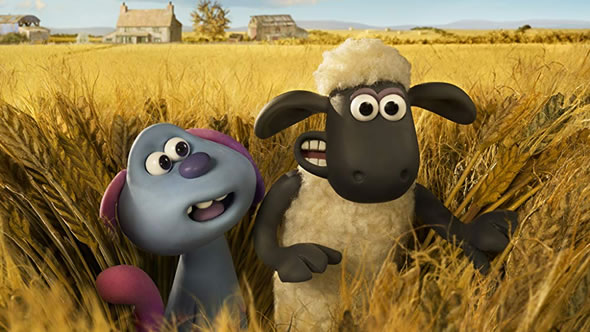 After the success of the long-running TV series and 2015’s Shaun the Sheep Movie, it was inevitable that a second feature film would follow, but unlike many other sequels, this one is welcome. Created by Nick Park, spinning off a character introduced in his 1995 Wallace and Gromit short A Close Shave, this latest Aardman stop-motion marvel finds Shaun encountering Lu-La, an alien who wants to return home. Yes, that sounds like the E.T. template, but with inventive visual gags, playful animation, and impressive, wordless storytelling, it’s another original delight for kids and adults alike. 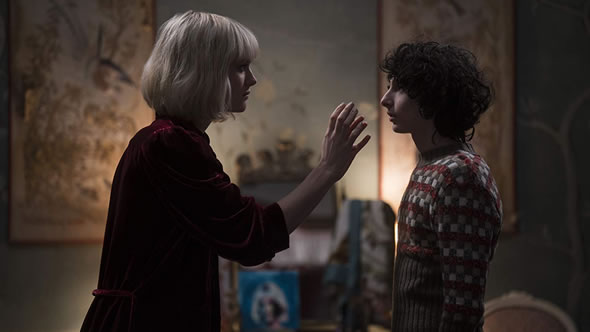 After earning solid reviews for her debut feature, 2010’s The Runaways, music video and TV director Floria Sigismondi returns to full-length work with this adaptation of Henry James’ 1898 novella The Turn of the Screw. Filmed on the Kilruddy Estate in Ireland (standing in for the contemporary Maine countryside), the movie follows the original story’s plot as a nanny (Mackenzie Davis) arrives to care for two troubled orphans (Stranger Things' Finn Wolfhard and The Florida Project's Brooklyn Prince) only to discover that the house is haunted. While The Innocents, Jack Clayton’s 1961 adaptation starring Deborah Kerr, is widely considered the best film based on James’ story, there are numerous movie and TV adaptations, including another one coming out this year on Netflix as the second season of Mike Flanagan’s anthology series The Haunting of Hill House titled The Haunting of Bly Manor. 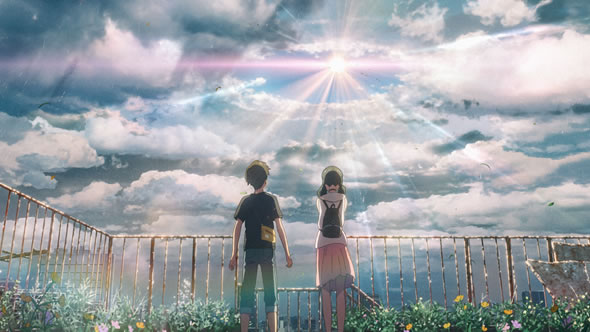 Director Makoto Shinkai’s follow-up to the global hit Your Name. is another fantastical story of teenage romance full of beautiful animation and catchy music by the Radwimps. This time the young lovers are Hodaka, a 15-year-old runaway looking to make a life in Tokyo, and Hina, a teenage girl with the ability to control the weather. The film tackles climate change in a unique way and earned four Annie nominations, but critics haven’t fallen for it quite as much as Shinkai’s previous effort.