15 Films to See in July, From The Lion King to Once Upon a Time in Hollywood 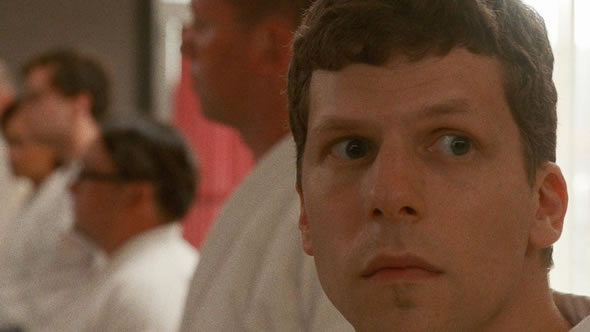 A dark comedy from the writer-director of 2015's Faults, Self-Defense stars Jesse Eisenberg as a shy, mild accountant who turns to karate—with unexpected enthusiasm—after being attacked on the street. Alessandro Nivola and Imogen Poots also star. That plot description doesn't quite capture how "unpredictable," "wacky," "macabre," and "zany" the film is, according to IndieWire's Eric Kohn, who is among a number of critics who seemed to like this quirky take on the Fight Club formula when it premiered at SXSW in the spring. 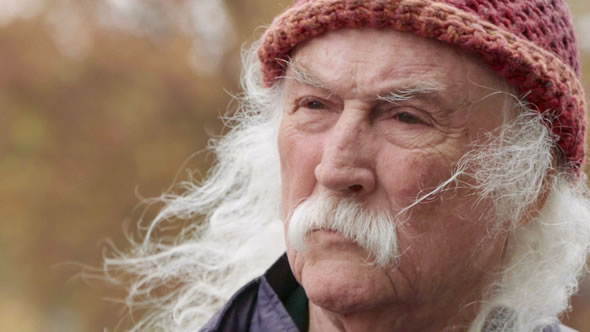 First-time director A.J. Eaton teams with producer (and former rock journalist) Cameron Crowe for a look at the eventful life and career of the Byrds and Crosby, Stills & Nash (and CSN&Y) member. Interviews between Crowe and an entertainingly cantankerous Crosby form the bulk of the film, though they are supplemented by some less successful animated recreations of moments from Crosby's life. Nevertheless, Name appears to be a must-see for fans of Crosby's work, according to reviewers who praised the doc as "insightful" and "moving" at its Sundance debut early this year. 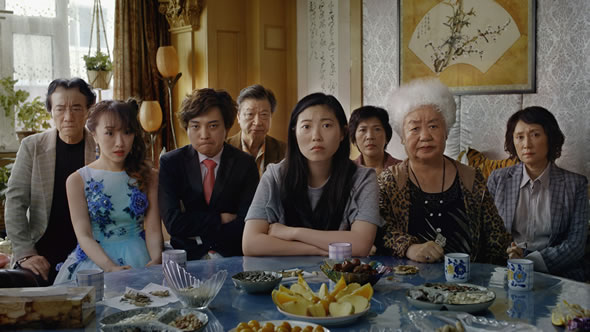 Writer-director Lulu Wang’s second feature is based on an autobiographical story she told on a 2016 episode of This American Life. After learning her grandmother had terminal lung cancer, her family decided to not inform her grandmother of the diagnosis and instead throw a wedding to reunite the family. In the movie version of this story, Awkwafina’s Billi is in the same position Lulu was in—wanting to tell her grandmother about her illness and comfort her. Billi’s attempt to balance her desires against those of her family results in one of the best-reviewed films of the year. 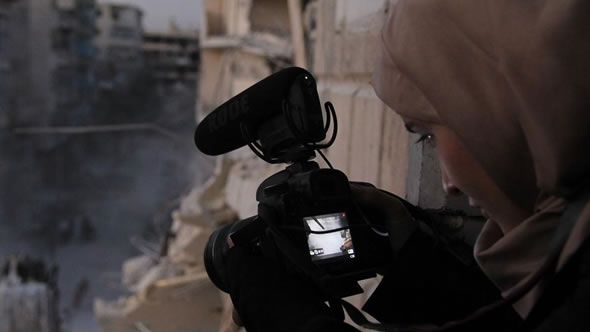 The latest in a long line of documentaries to take on the conflict in Syria (a group that includes Last Men in Aleppo and City of Ghosts, to name just two) is the personal account of Syrian filmmaker Waad al-Kateab, who filmed her life in Aleppo for five years, during which she fell in love, got married and had a daughter (the Sama of the title). Co-directed with Edward Watts, the film combines the intimate and epic, illuminating the difficulties the war inflicted on women and children. This winner of the Grand Jury Award for Best Documentary at the SXSW Film Festival and the Prix L’Œil d’Or for Best Documentary at the 2019 Cannes Film Festival will screen in limited release beginning at the end of the month before airing on PBS later in the year. 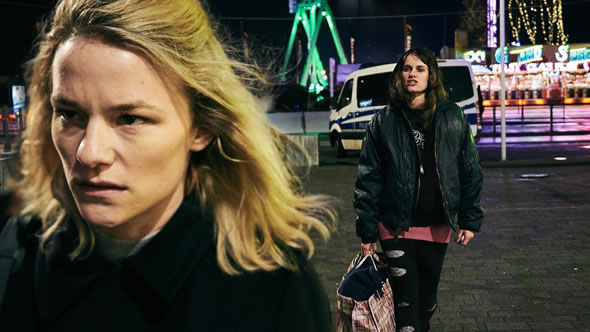 The latest from writer-director Marie Kreutzer follows Lola (Valerie Pachner), a successful business consultant, whose regimented life begins to unravel when her older sister attempts suicide after a long battle with mental illness. This added stress, as well as that of her job and her secret affair with her boss, begin to weigh on Lola, loosening her grip on reality. It’s the psycho-drama cousin to Maren Ade’s Toni Erdmann. 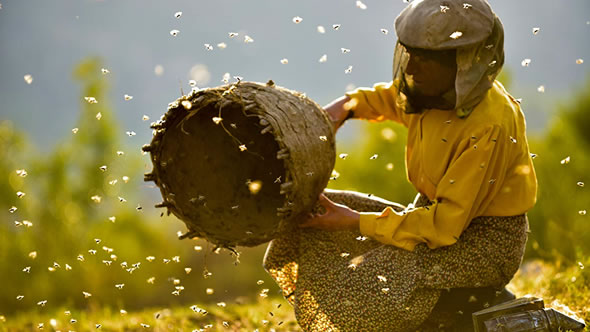 The most-awarded film of this year's Sundance Film Festival (winning the World Cinema Grand Jury Prize, a Special Jury Award for Cinematography, and another Special Jury Award for Originality) tells the story of Hatidze, who cultivates honey in the mountains of Macedonia using ancient beekeeping methods. This first feature documentary by Tamara Koteveska and Ljubomir Stefanov finds added tension when a family moves in next to Hatidze but ignores her advice on beekeeping. 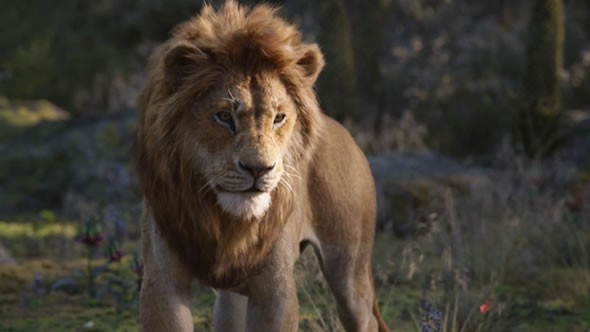 With this “live-action” adaptation, director Jon Favreau looks to do for 1994’s The Lion King what he did for The Jungle Book: recreate a beloved animated film using the latest technology and an all-star voice cast. If you need a refresher, the story follows the lion cub Simba as he grows up to fulfill his royal destiny after it is snatched away by his father’s brother, Scar. James Earl Jones reprises his role as Simba’s father, Mufasa, and Donald Glover voices Simba. Other cast members include Chiwetel Ejiofor as Scar, Alfre Woodard as Simba’s mother, Sarabi, Beyoncé as Nala, Simba’s friend and love interest, and Seth Rogen and Billy Eichner as Pumbaa and Timon. The soundtrack features new versions of “Circle of Life”, “I Just Can’t Wait to be King”, “Hakuna Matata”, and “Can You Feel the Love Tonight”, as well as an updated score from Hans Zimmer. 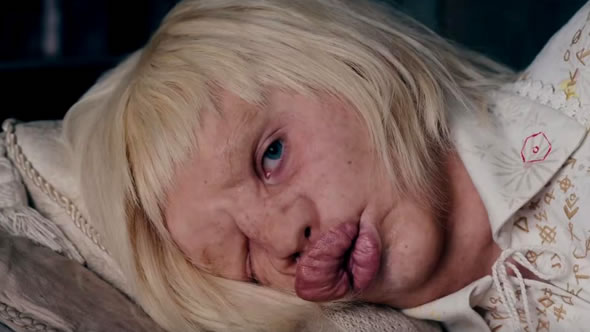 The reviews for Ari Aster’s follow-up to Hereditary are more mixed than for his feature debut, but the film still has many enthusiastic supporters. This time the horror takes place in the bright sunshine of Sweden at a summer festival in a remote village where a young American couple (Florence Pugh and Jack Reynor) and their friends (William Jackson Harper and Will Poulter) come to take part in the festivities. Aster again uses a family tragedy as a jumping off point to examine grief, but he also investigates the toxic relationships young couples can get stuck in, as well as another unique horrifying cult. 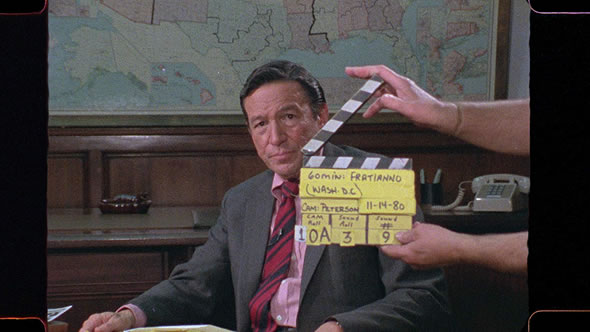 Avi Belkin’s documentary looks at the 50-plus-year career of reporter Mike Wallace, who made his name conducting tough interviews on 60 Minutes. Relying exclusively on archival footage, Belkin attempts to find what drove Wallace, a man known to be difficult and uncompromising, while also following the evolution of broadcast media. 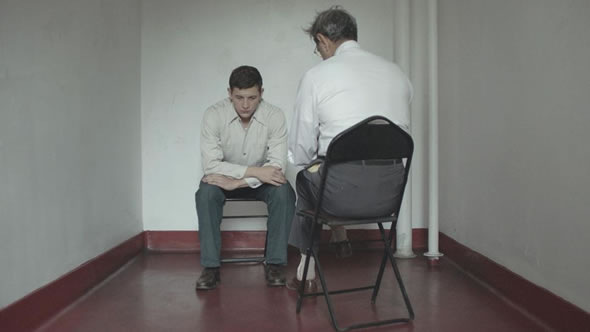 Set in 1950s America, the new film from director Rick Alverson (The Comedy, Entertainment) follows a young man (Tye Sheridan) and a renowned lobotomist (Jeff Goldblum) as they tour asylums, eventually meeting the leader (Denis Lavant) of a growing New Age movement. It’s another challenging, offbeat offering from Alverson—one likely to divide audiences as it has critics. 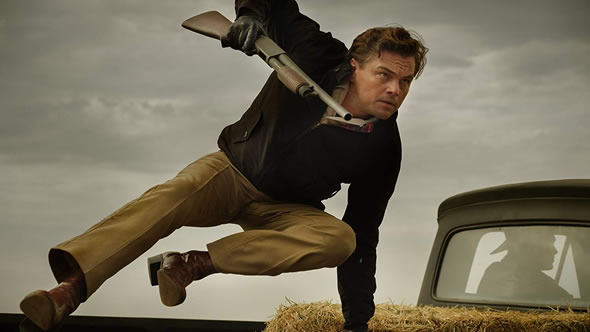 Quentin Tarantino’s ninth film (if you count Kill Bill as one) arrives this month after earning excellent reviews at the Cannes Film Festival in May. Taking place over three days in 1969 Los Angeles, the film follows Leonardo DiCaprio as aging TV star Rick Dalton, Brad Pitt as Cliff Booth, Rick’s longtime stunt double, and Margot Robbie as Sharon Tate. Early reviews praise the first two-plus hours as viewers are immersed in the director’s obsessions, but the third act, when Tarantino takes on the Tate murders, proved more divisive. 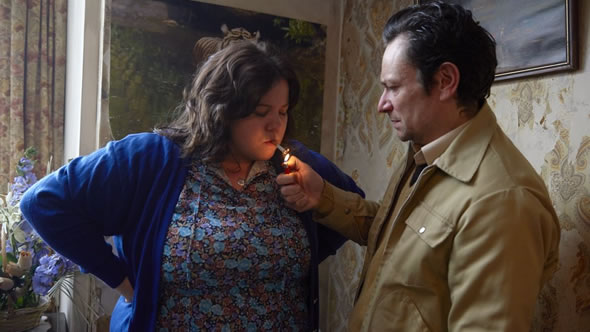 Award-winning photographer Richard Billingham makes his feature directing debut with this story based on his family and the unflinching photographs he took of them (collected in the book Ray’s Laugh). A memoir in the form of a British kitchen-sink drama, Billingham's film uses three vignettes from different time periods to look at his parents’ marriage and their relationship to him and his younger brother. It’s tough but rewarding viewing. 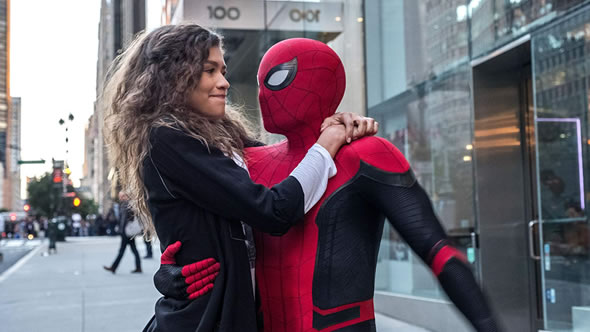 What does Marvel do after Avengers: Endgame? Lighten up a bit. The second solo-outing for Tom Holland’s Spider-Man takes the teenager to Europe, where his attempts to avoid Nick Fury and enjoy his vacation with Ned (Jacob Batalon) and MJ (Zendaya) fail, resulting in battles with three elemental creatures, as well as an introduction to Jake Gyllenhaal’s Mysterio. Jon Watts returns to direct what most critics see as a successful follow-up. 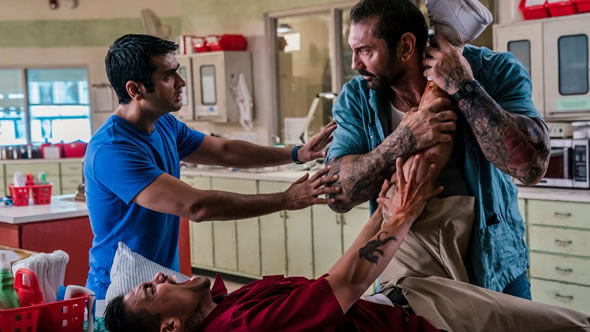 After surprising many observers with his comedic timing as Drax the Destroyer in Guardians of the Galaxy, Dave Bautista finds himself as the co-lead in a buddy action-comedy alongside comedian Kumail Nanjiani (who showed a more dramatic side to his acting abilities in The Big Sick). Bautista’s Vic, a Los Angeles cop who must rely on Uber driver Stu (Nanjiani) to help him track down a killer, is definitely the more action-oriented of the duo, but over the course of the day they’re together, he teaches Stu a few moves. Michael Dowse (Goon, What If) directs a strong supporting cast that includes The Raid and The Raid 2 star Iko Uwais as their main nemesis. 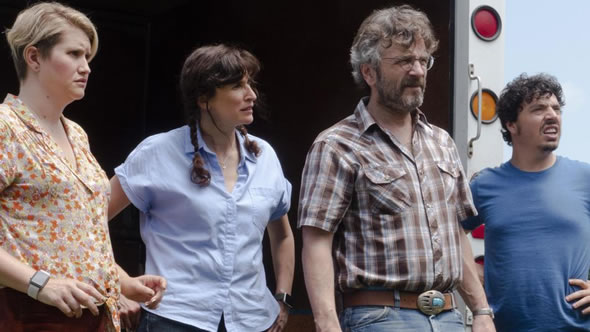 The latest from Lynn Shelton, a noted TV director (GLOW, Master of None, Love) in addition to a filmmaker (Humpday), reunites her with her frequent small screen star, Marc Maron, in this easygoing and semi-improvised tale of an unlikely group of four people (also including Jillian Bell, Michaela Watkins, and Jon Bass) who set out to sell an inherited Civil War sword to someone from a group of white supremacist truthers who believe that the South actually won the war. At the film's SXSW premiere, critics found Sword of Trust to be pleasant and often funny, but perhaps a touch too "shaggy" and inessential.

Bonus pick (to watch at home) 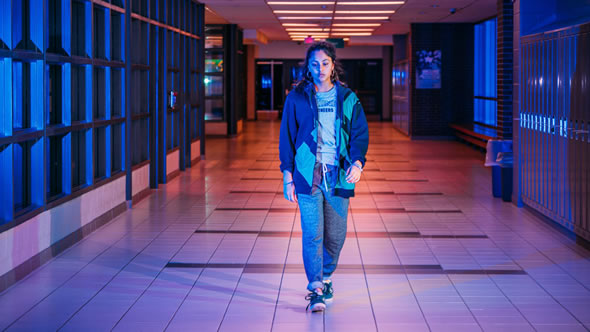 Pippa Bianco's feature debut earned strong reviews when it debuted at Sundance earlier this year, especially for the performance of star Rhianne Barreto as a high school girl who awakens after a night of partying she cannot remember to discover that her classmates are circulating a video of her being sexually assaulted while she was passed out. HBO acquired the film at the festival, which means it will bypass theaters and debut on cable (and the HBO streaming services) instead.
Photo by Josh Johnson/HBO