12 Films to See in March 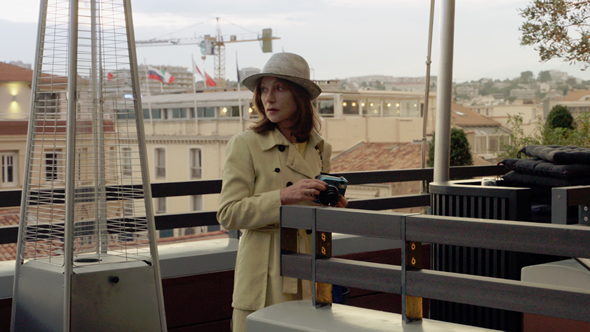 Writer-director Hong Sang-soo reunites with his In Another Country star, Isabelle Huppert, and pairs her with the star of five of his films, Kim Min-hee, for a story about a camera that might be magical. Filmed during the 2016 Cannes Film Festival when Huppert was there for Elle and Kim for The Handmaiden, the film follows Claire (Huppert), a school teacher, and Manhee (Kim), as they try to understand the circumstances behind Manhee’s recent firing from her job as a film sales assistant. 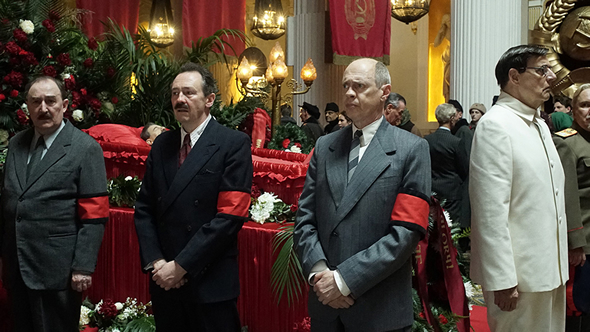 The new film from writer-director Armando Iannucci (In the Loop, Veep, The Thick of It) is a comedic look at the political landscape of 1950s Russia. In the aftermath of Joseph Stalin’s death, different factions fight to control the future of the country, but the main goal is to stay alive. Based on the French graphic novel by Fabien Nury and Thierry Robin, the extremely well-reviewed film stars Steve Buscemi, Andrea Riseborough, Olga Kurylenko, Paddy Considine, Simon Russell Beale, Rupert Friend, Jason Isaacs, Michael Palin, and Jeffrey Tambor. 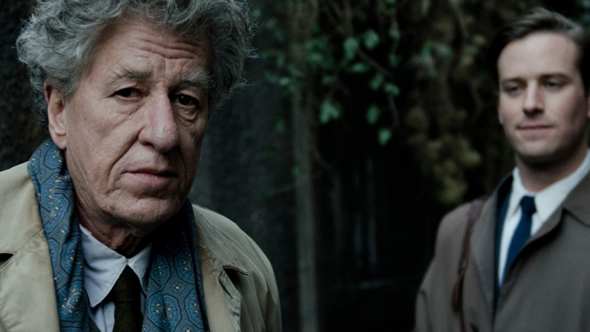 Actor Stanley Tucci’s latest film as director is based on A Giacometti Portrait, writer James Lord’s memoir of his time sitting for a portrait by artist Alberto Giacometti. Set in 1964, the film provides a unique look at the creative process as Armie Hammer’s Lord observes a frustrated Giacometti (Geoffrey Rush) strive for something he can’t complete, delaying Lord’s return home several times. With very good early reviews, this looks to be Tucci’s best directorial effort since Big Night. 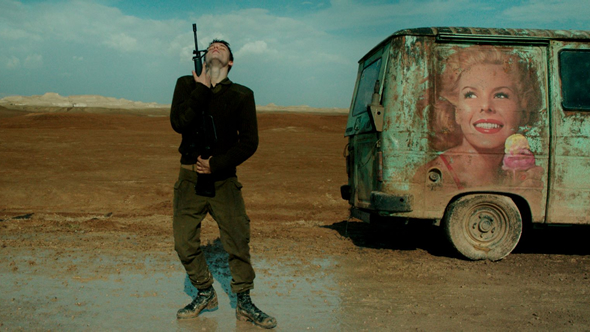 The latest from writer-director Samuel Maoz (Lebanon) won eight awards, including best film and best director at the Israeli Oscars as well as the Silver Lion Grand Jury Prize at last year’s Venice Film Festival. Surprisingly, it was unable to secure a nomination for best foreign language film at this year’s Academy Awards, but some American moviegoers will finally get a chance to see it during Oscars weekend anyway. A complex study of grief that embraces the absurdity and tragedy of life in modern Israel, the film focuses on a family mourning their son and his surreal experiences at a remote military outpost. 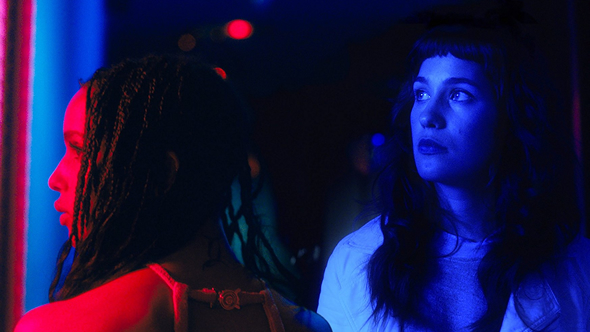 Cold Weather writer-director Aaron Katz returns to solo directing (after working with Martha Stephens on Land Ho!) with this Hollywood-set mystery surrounding the relationship of a star (Zoë Kravitz) and her assistant (Lola Kirke). With excellent early reviews from its premiere at SXSW last year, this neo-noir has suspense, humor and compelling performances by its cast, including John Cho as a detective. 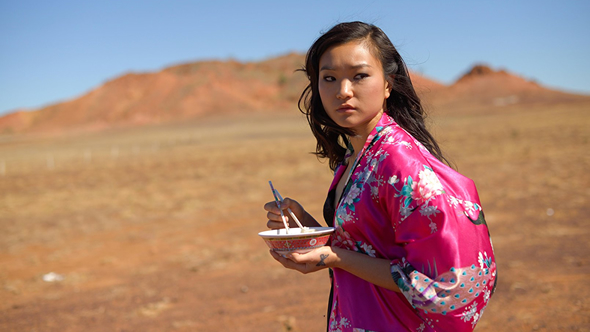 With this stand-alone sequel to Mystery Road, writer, director, cinematographer, editor, and composer Ivan Sen continues the story of indigenous detective Jay Swan (Aaron Pedersen), finding him on the trail of a missing girl in the small mining town of Goldstone. While he’s there, Swan cautiously teams-up with a local cop to uncover a conspiracy involving the town’s mayor (Jacki Weaver). Besting his previous outing, the multi-hyphenate Sen has created an Outback western with sharp social and political commentary. 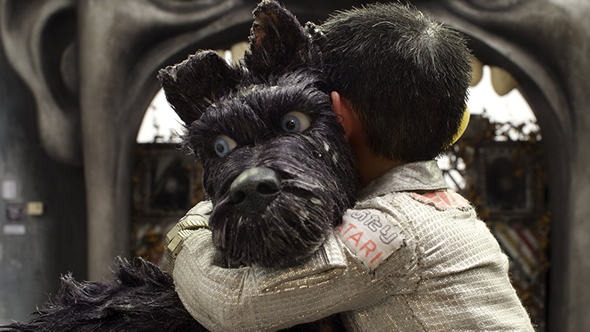 After excellent reviews and a best director win at the just-concluded Berlin Film Festival, the latest from Wes Anderson looks to be another stop-motion gem, like Fantastic Mr. Fox before it. Based on an original story by the director, Roman Coppola, Kunichi Nomura, and Jason Schwartzman, Dogs is set 20 years in the future, when 12-year-old Atari Kobayashi searches for his dog, Spots, on Trash Island, where dogs have been quarantined. The film features voice work from Anderson regulars Bill Murray, Ed Norton, Jeff Goldblum, Bob Balaban, and Tilda Swinton, as well as newcomers Bryan Cranston, Liev Schreiber, Greta Gerwig, and Scarlett Johansson. 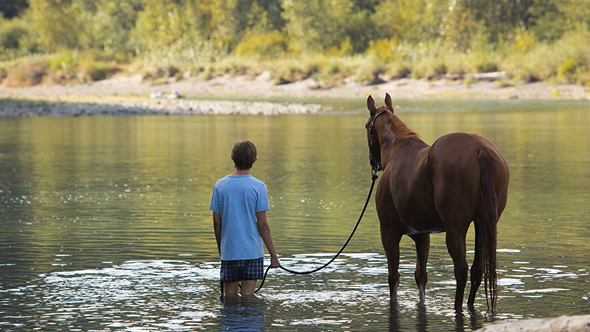 When it premiered at the Venice Film Festival last year, writer-director Andrew Haigh’s latest proved to be more divisive than his previous two features, 45 Years and Weekend. Adapted from Willy Vlautin’s 2010 novel, Pete stars Charlie Plummer (All the Money in the World) as Charley Thompson, a 15-year-old boy who moves to Portland, Oregon with his single father. While working at a local racetrack, Charley forms a bond with an aging horse bound for slaughter, leading him to escape with his new friend across the American wilderness in search of his aunt. The strong supporting cast includes Steve Buscemi, Chloë Sevigny, Travis Fimmel, and Steve Zahn. 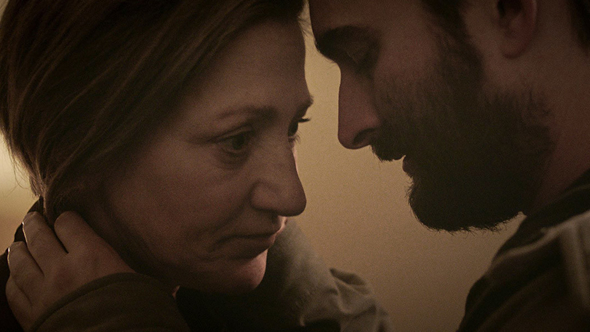 The latest feature from Lynn Shelton (Your Sister’s Sister, Touchy Feely, Laggies) stars Jay Duplass as Chris, a 38-year-old just released from a 20-year prison sentence. Lacking knowledge of the outside world, he forms an attachment to the woman who helped get him released, Edie Falco's Carol, who is a married mother of a teenage daughter, Hildy (Kaitlyn Dever). Though Chris confesses his love for Carol, Hildy also forms an attachment to the teenage-like Chris. Good early reviews indicate it’s another strong, performance-based work from Shelton. 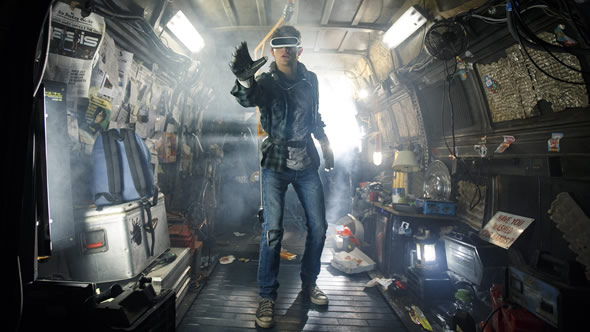 Steven Spielberg’s adaptation of Ernest Cline’s 2011 science fiction best-seller stars Tye Sheridan as Wade Watts, a gamer who spends his time in the virtual reality world of the OASIS under the avatar of Parzival. When the creator of the Oasis dies, he offers his fortune to the first person to find an Easter egg. Battling other players and an evil corporation, Wade goes on a high-stakes 1980s pop-culture treasure hunt to retrieve the Easter egg. While the book was a hit, it remains to be seen if Spielberg can wrangle all the pop-culture references into an effective movie. 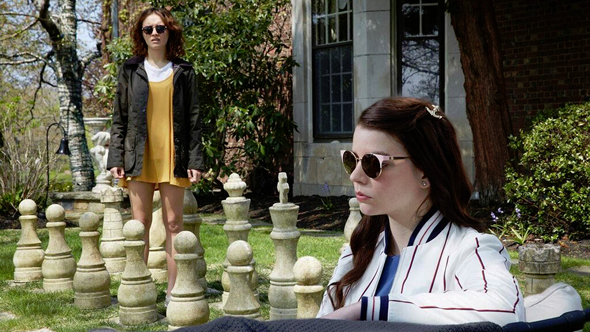 Writer-director Corey Finley's debut feature stars Olivia Cooke (Me and Earl and the Dying Girl) as Amanda and Anya Taylor-Joy (Split) as Lily, two childhood friends who, after drifting apart, bond over the prospect of killing Lily’s stepdad (Paul Sparks). Their plan leads them to hire a local hustler (Anton Yelchin) to help in the matter. With good early reviews from its premiere at Sundance last year, this could be the dark teen comedy of the year. 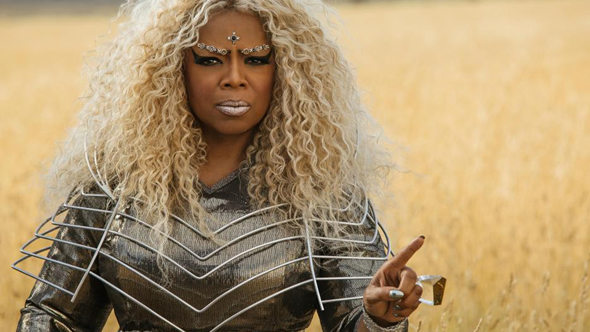 Ava DuVernay's narrative feature follow-up to Selma is an adaptation of Madeline L’Engle‘s classic 1963 sci-fi children's novel A Wrinkle in Time. With a screenplay by Jennifer Lee (Frozen), the film takes audiences across dimensions of time and space as one girl’s journey to find her father is guided by three celestial beings (Oprah Winfrey, Reese Witherspoon, and Mindy Kaling). Storm Reid stars as Meg, and Chris Pine is her scientist farther. Gugu Mbatha-Raw, André Holland, and Zach Galifianakis have supporting roles in the Disney film.