18 Films to See in March 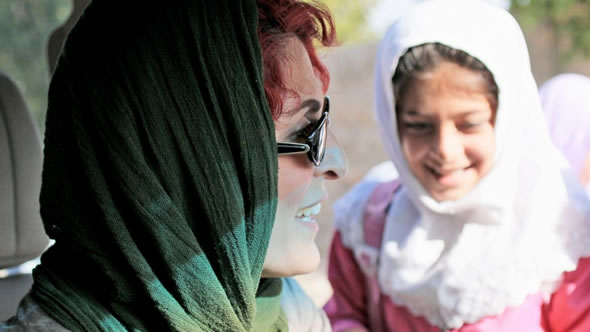 Since being banned from filmmaking in 2010 and barred from leaving Iran, Jafar Panahi has produced three highly regarded works—This Is Not a Film, Closed Curtain, and Taxi. In his fourth film under his 20-year ban, Panahi, playing a version of himself, is joined by actress Behnaz Jafari as they travel to a mountain village to solve the mystery of a video Jafari received from a troubled young girl. In his review from the 2018 Cannes Film Festival (where the film won Best Screenplay), Justin Chang of the L.A. Times found “its insights casually profound.” 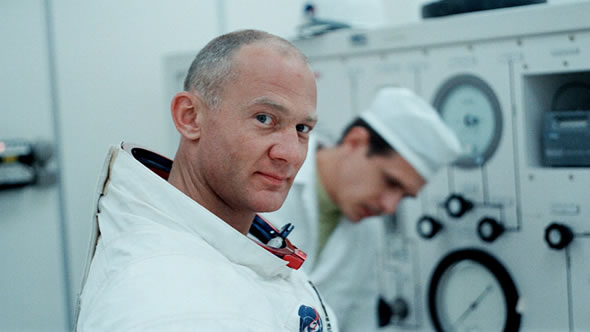 This documentary from Todd Douglas Miller (Dinosaur 13) shapes newly discovered 65mm footage and 11,000 hours of NASA audio recordings into an immersive experience for viewers. Without narration or talking heads, the film chronicles Apollo 11’s 1969 flight to the moon and back. Critics admired the film when it debuted at Sundance earlier this year, but for the full cinematic experience, look for it in an IMAX theater, where the film will have an exclusive one-week showing beginning Friday. 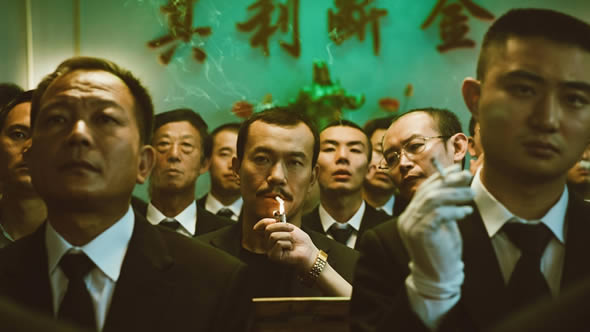 Writer-director Jia Zhangke (Mountains May Depart, A Touch of Sin) continues his examination of 21st century China with this epic tale of love between a gangster (Liao Fan of Black Coal, Thin Ice) and his girl (Jia’s wife and muse Zhao Tao), who comes looking for him after spending five years in prison for protecting him. It’s another stunning performance by one of China’s best actresses. 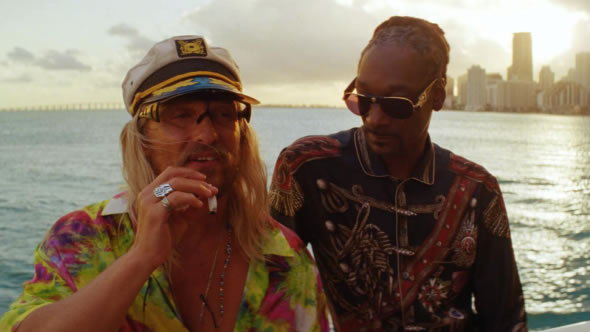 The latest from writer-director Harmony Korine (Spring Breakers), follows Moondog (Matthew McConaughey) as he lives life the only way he knows how: by his own rules. With an eclectic supporting cast that includes Snoop Dog, Zac Efron, Isla Fisher, Stefania LaVie Owen, Jimmy Buffett, Martin Lawrence, and Jonah Hill, the film will premiere at SXSW on March 9 before heading to theaters at the end of the month. 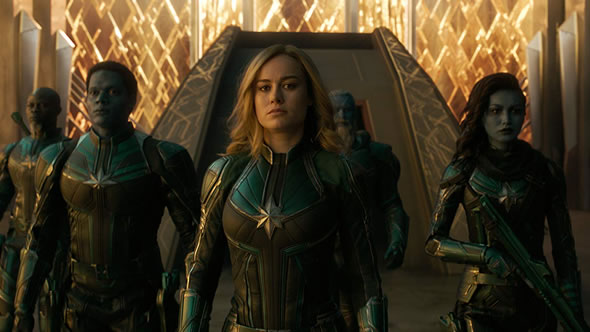 Before Avengers: Endgame hits theaters, Marvel must introduce who’s receiving Nick Fury’s page at the end of Avengers: Infinity War. How did Carol Danvers become Captain Marvel? It begins in the 1990s as Danvers returns to Earth while participating in the Kree-Skrull War as a member of the Kree military’s Starforce. When a younger version of Samuel L. Jackson as Nick Fury finds her, the search for clues from Danvers’ past commences. Directed by Anna Boden and Ryan Fleck (Mississippi Grind), the latest Marvel movie sees the return of Clark Gregg as Phil Coulson, Lee Pace as Ronan the Accuser, and Djimon Hounsou as Korath, as well as the addition of Jude Law, Ben Mendelsohn, Gemma Chan, Lashana Lynch, and Annette Bening. 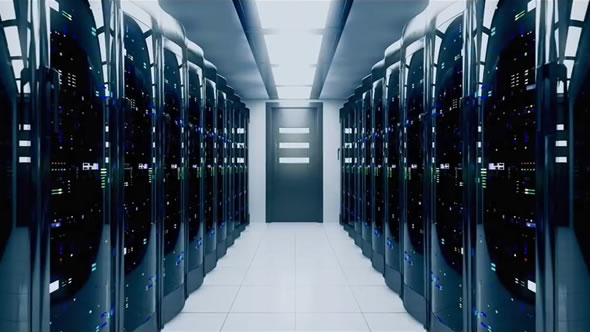 The new film from director Rupert Wyatt (Rise of the Planet of the Apes, The Gambler) explores life in Chicago after a decade-long alien occupation. The resistance is ready to strike, but the aliens and their collaborators will try anything to stop them. John Goodman and Moonlight's Ashton Sanders star alongside Vera Farmiga, James Ransone, Madeline Brewer, and Alan Ruck. 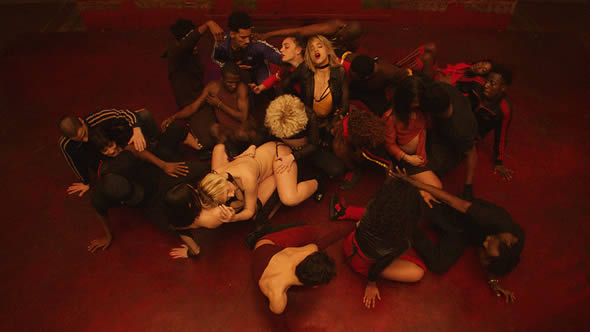 The latest from Gaspar Noé (Irreversible, Enter the Void, Love) is supposedly based on a true story about a dance troupe whose rehearsal after-party descended into madness after someone spiked the drinks with LSD. In Noé’s version, it’s a drug-laden sangria that causes trouble for Sofia Boutella and the rest of the dancers. Terrific early reviews from last year’s Cannes indicate Climax might be Noé’s best film. 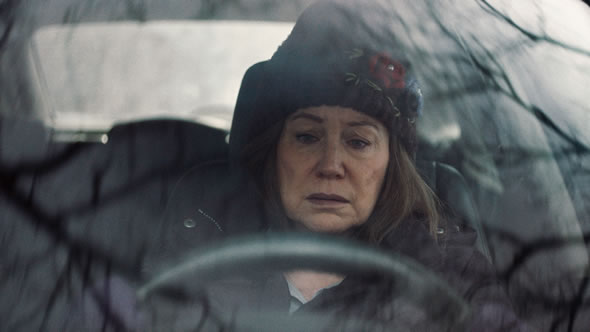 Hitchcock/Truffaut director Kent Jones’ first narrative feature won Best Feature, Best Screenplay, and Best Cinematography at the 2018 Tribeca Film Festival. The film stars Mary Kay Place as a generous woman who spends her days taking care of others and trying to save her drug-addicted son (Jake Lacy). Led by Place’s performance, the film delves into how Diane’s past impacts her present state of mind. 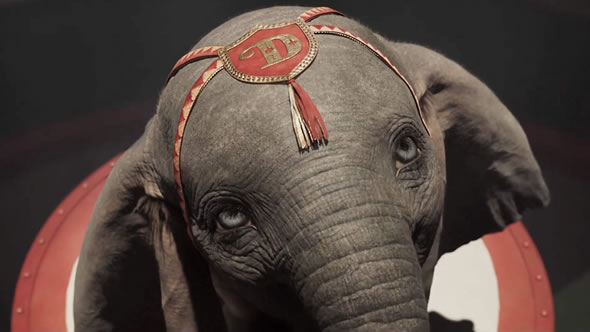 Disney’s foray into (mostly) live-action adaptations of their classic animated tales really took off after the financial success of Tim Burton’s Alice in Wonderland. As an artistic endeavor, the results have been solid, if unspectacular. Aside from the new perspective provided by Maleficent and the technical achievements of Jon Favreau’s The Jungle Book, the films have been mostly well done but pretty safe remakes (Cinderella, Beauty and the Beast). Now Burton returns to what he helped start (the less said about James Bobin’s Alice Through the Looking Glass the better). Adapting one of Disney’s most beloved animated films, Burton introduces circus owner Max Medici (Danny DeVito), who enlists former star Holt Farrier and his children to tend to a newborn elephant with oversized ears, whose ability to fly attracts the interest of V.A. Vandevere (Michael Keaton). If this “live-action” Disney remake doesn’t suit you, there are two more coming this year alone: Aladdin, featuring a big blue Will Smith, and what looks like a shot-for-shot remake of The Lion King. 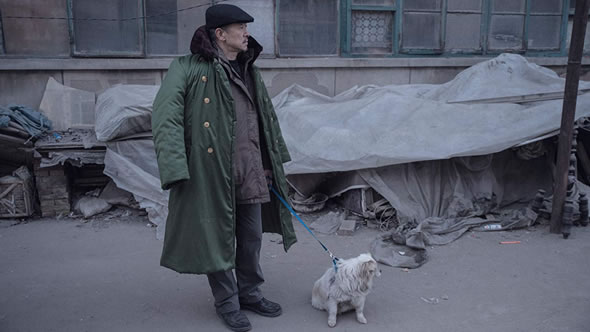 Hu Bo’s first and last feature (the celebrated 29-year-old novelist turned filmmaker killed himself shortly after his film was completed) is an adaptation of a story from his 2017 novel Huge Crack. The nearly four-hour film follows multiple characters in a small town in northern China as their desperate lives intersect. Screen Daily's Sarah Ward writes of the award-winning film, “Hu paints a picture of existential malaise with such a fine-tuned control of mood, imagery and pacing that the end result resembles a marriage of Jia Zhangke and Bela Tarr.” 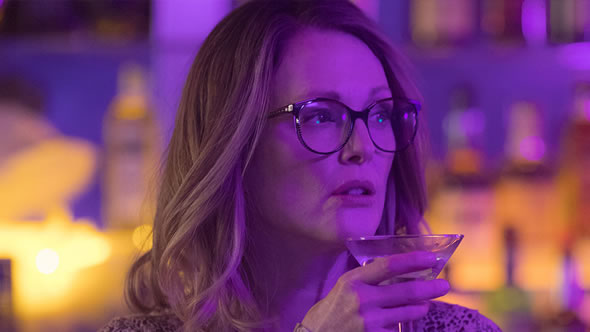 Chilean filmmaker and Academy Award winner (for A Fantastic Woman) Sebastián Lelio follows his first English language feature, Disobedience, with another, a remake of his 2013 critical hit Gloria. The story has moved from Santiago to Los Angeles, and Julianne Moore stars, taking over the role from Paulina García, who won best actress at the Berlin Film Festival for her portrayal of a divorcée looking for more out of life than being a grandmother. The film earned excellent early reviews at its TIFF debut last fall. 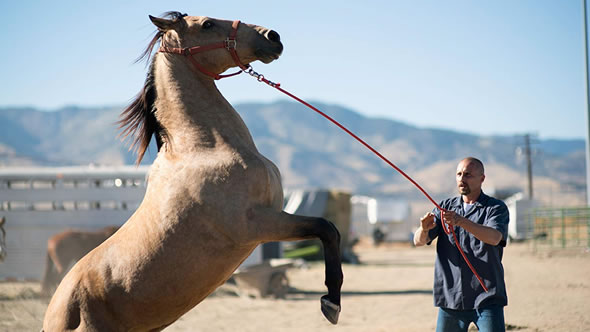 Matthias Schoenaerts stars a Roman, a prisoner who enters an “outdoor maintenance” program for social rehabilitation. Struggling with his violent past, Roman is accepted into the wild horse training section of the course and is aided by a veteran trainer (Bruce Dern) and a fellow inmate (Jason Mitchell). Actress Laure de Clermont-Tonnerre’s debut feature as director has earned good early reviews. 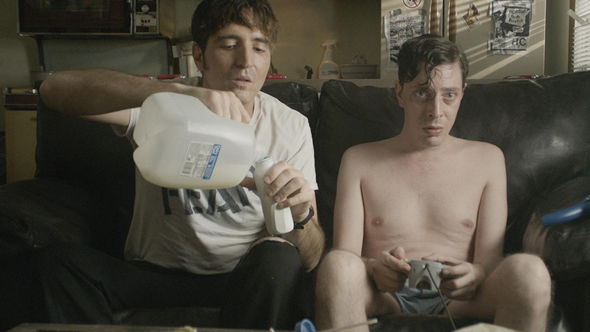 The latest from Joel Potrykus (Buzzard, The Alchemist Cookbook) takes place in a single living room where Abbie (Joshua Burge) attempts the latest challenge from his older brother—stay on the couch until he gets past level 256 on Pac-Man, breaking Billy Mitchell’s record. Like Potrykus’ previous films, it’s challenging and funny. In his review for Indiewire, Eric Kohn writes, “It’s a grotesque downward spiral, both hilarious and mesmerizing, but above all elevated by its insights into the depraved final gasp of the analog age.” 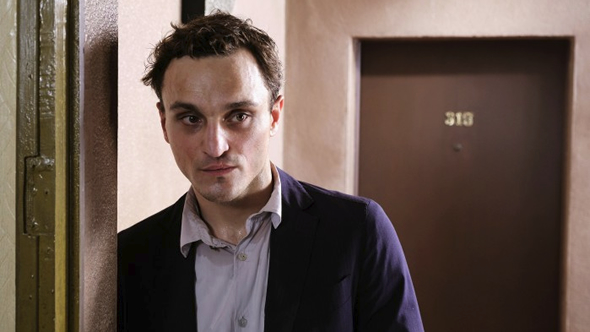 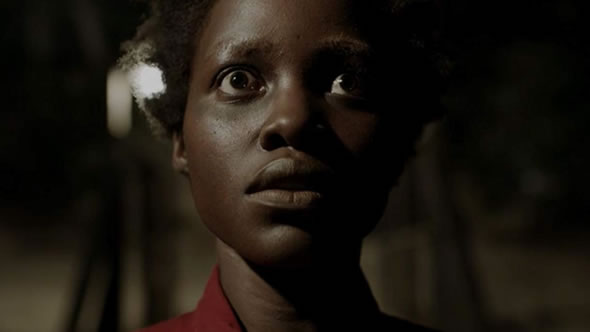 Jordan Peele’s follow-up to Get Out is not joking around—it’s a straight-up horror film. Premiering at SXSW on March 8 and heading to theaters a few weeks later, Us stars Lupita Nyong’o, Winston Duke, Shahadi Wright Joseph, and Evan Alex as a family whose summer getaway is interrupted by four terrifying visitors—doppelgängers of themselves. How will they survive, and what’s behind this attack? Maybe their friends played by Elisabeth Moss and Tim Heidecker can help? No, probably not. The film is part of a very busy early 2019 for Peele that also includes the launch of three TV shows (YouTube’s Weird City, Amazon’s Lorena, and the upcoming reboot of The Twilight Zone on CBS All Access). 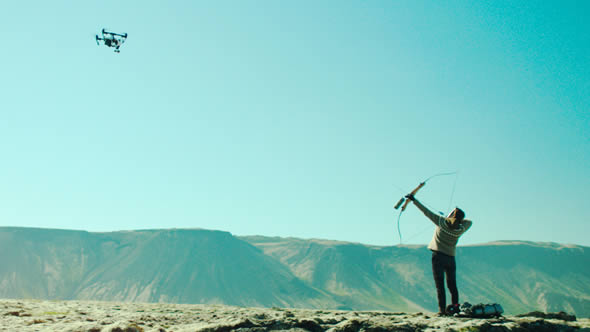 Benedikt Erlingsson’s follow-up to Of Horses and Men is a comedy-musical-political drama hybrid that follows Halla (Halldóra Geirharðsdóttir in a performance praised by critics at Cannes) as she battles the local aluminum industry in order to protect her beloved Icelandic Highlands. When she learns that her application to adopt has come through, she plots one final attack before she becomes a mother. 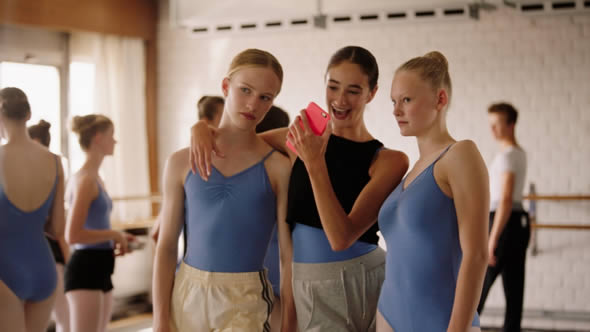 Controversy has been swirling around Lukas Dhont’s debut feature since it premiered at Cannes last year. The lead role of Laura, a 15-year-old girl born in the body of a boy who dreams of becoming a ballerina, is played with impressive emotional and physical openness by cisgender actor Victor Polster, an issue acknowledged by critics at Cannes, but one that for many did not diminish the power of the filmmaking. Will that hold true as the film is seen by more people? 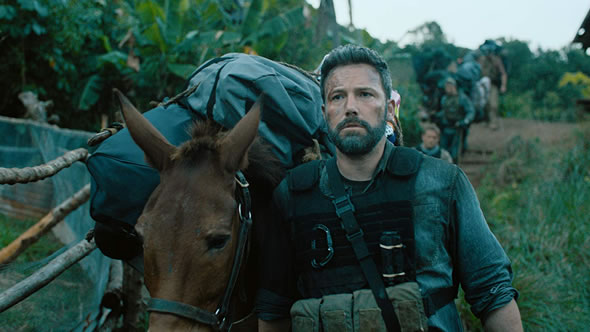 Back in 2010, Tom Hanks was attached to star in Katherine Bigelow’s version of what is now A Most Violent Year director J.C. Chandor’s film. Johnny Depp, Channing Tatum, Mahershala Ali, and Tom Hardy were also once in line to star, but in its final, Chandor-directed Netflix form, the cast is led by Oscar Isaac, Ben Affleck, Charlie Hunnam, and Pedro Pascal. They play a group of Special Forces veterans who reunite to pull off a dangerous heist in the border zone between Argentina, Brazil, and Paraguay.