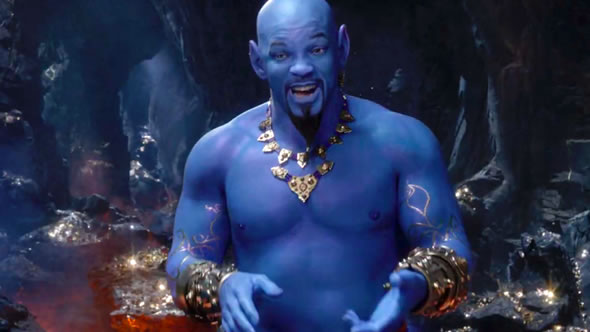 Yes, it's yet another live-action remake of a Disney animated classic. (Don't worry: Two more are coming this year alone.) Guy Ritchie directs this take on the 1992 film that finds Will Smith (looking a bit like a giant Smurf) taking over for Robin Williams as the Genie. Filling out the cast are Mena Massoud as Aladdin, Naomi Scott as Princess Jasmine, Marwan Kenzari as the sorcerer Jafar, Navid Negahban as the Sultan, Nasim Pedrad as Dalia, Billy Magnussen as Prince Anders, and Numan Acar as Hakim. The screenplay comes from Ritchie and John August (Charlie's Angels). Disney's most recent live-action remake, Dumbo, wasn't all that great, and Ritchie hasn't received positive reviews for a film in two decades, so you may want to keep your expectations on the lower side. 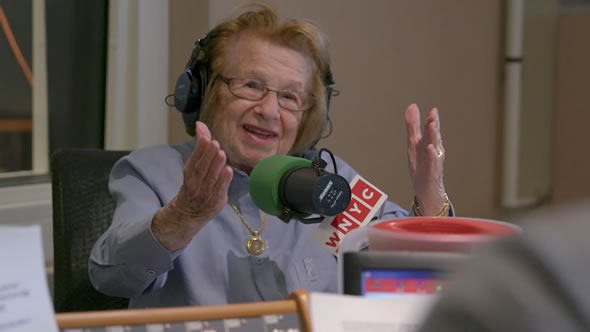 Ryan White's look at the life of the now 90-year-old sex therapist was one of the buzziest documentaries at this year's Sundance, where it received a mostly positive reception from critics (much like it did last week at Tribeca). The doc traces the life and career of Dr. Ruth Westheimer, from her escape from Nazi Germany via the Kindertransport (depicted in part through animation) to her increasing fame as a sex therapist and media personality in America in the 1980s and beyond. It plays in limited release this month before heading to Hulu on June 1st. 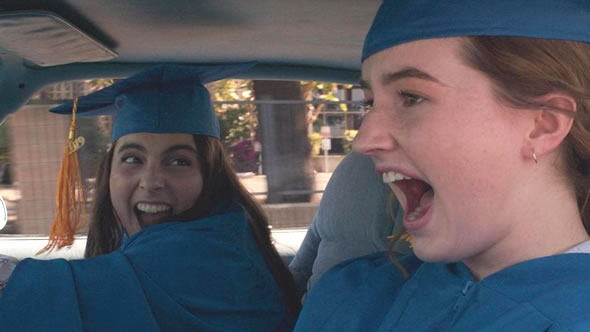 Now that's how you make a debut. Actress Olivia Wilde's first feature as a director is an early contender for the title of 2019's best comedy after receiving rave reviews at its SXSW premiere in March. Booksmart is a coming-of-age comedy following a pair of students (Kaitlyn Dever, Beanie Feldstein) during an eventful, party-filled night on the eve of their high school graduation. Jessica Williams, Will Forte, Lisa Kudrow, and Jason Sudeikis also star. The film has been earning plenty of comparisons to both Broad City and Superbad (a film featuring Feldstein's brother, Jonah Hill). And that's not a (super)bad thing: Reviewers seem hugely appreciative of a female-led take on the raunchy teen comedy formula.

It would have been impossible to predict prior to the fall of 2014 that John Wick would turn into a full-on film franchise, but here we are at installment number three, with no reason to believe things are going to end anytime soon. But can Chapter 3 match the success of Chapter 2, which managed to out-score and out-gross the original? The key ingredients are in place: Keanu Reeves as the titular assassin, stuntman-turned-director Chad Stahelski behind the camera, and a screenplay by Derek Kolstad (though here there are three additional credited writers). The story finds Wick in New York, where a $14 million contract on his head means that many of the world's top assassins are after him. Joining Reeves in the cast are Halle Berry, Anjelica Huston, and Jason Mantzoukas, plus returning co-stars Laurence Fishburne, Lance Reddick, Ian McShane and John Leguizamo. 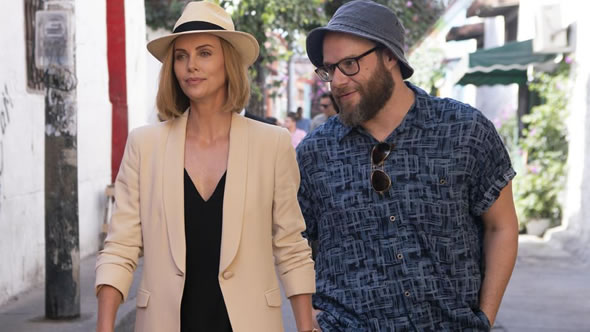 Another well-reviewed comedy from this year's SXSW, this Notting Hill-meets-Dave political rom-com comes from 50/50 director Jonathan Levine. Seth Rogen plays an investigative reporter hired as a speechwriter for his one-time babysitter, now the Secretary of State (Charlize Theron), as she considers a presidential campaign. The comedian-heavy supporting cast includes Bob Odenkirk (playing a Trump-like president), June Diane Raphael, Paul Scheer, Randall Park, Claudia O'Doherty, and Kurt Braunohler, plus Andy Serkis, O'Shea Jackson Jr., and Alexander Skarsgård. With a talented cast poking fun at plenty of real-world political figures, the results should be funny—and indeed they are, according to reviewers who saw the film at the festival (though a few critics found the premise a bit creepy). 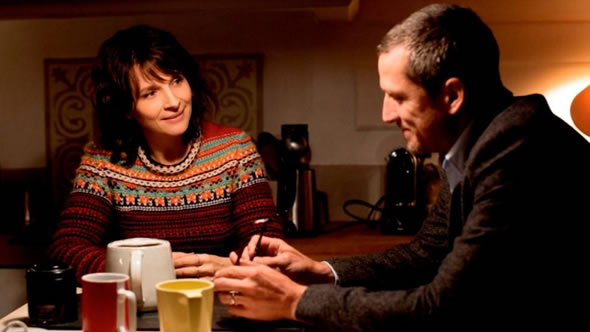 Olivier Assayas' follow-up to the excellent Personal Shopper is a talky, smart, funny comedy set in the Parisian literary world. Starring Juliette Binoche, Guillaume Canet, and Vincent Macaigne, Non-Fiction is a “witty, resonant, richly perceptive portrait of people caught in the throes of a fast-changing country,” according to THR's Jon Frosch, who praised the film at its festival debut last fall (as did most of the other critics who reviewed it then). 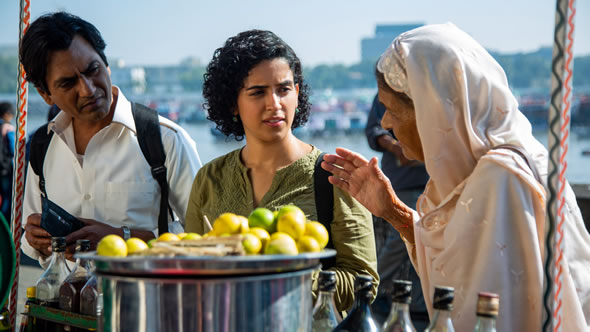 Indian writer-director Ritesh Batra (The Lunchbox, Our Souls at Night) returns with another romance set in Mumbai. Rafi (Nawazuddin Siddiqui) is a poor street photographer who asks the lonely Miloni (Sanya Malhotra) to pose as his companion to appease his ailing grandmother. The result is a satisfying romance according to critics who saw the film at its Sundance premiere at the beginning of the year. 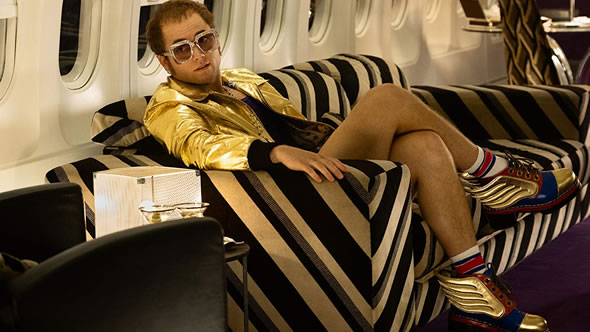 Given the massive success of last year's Bohemian Rhapsody—which grossed over $900 million and received four Academy Awards—it's safe to say that you'll be seeing more rockstar biopics in the coming years. In fact, the next one arrives in a matter of weeks. Taron Egerton stars as Elton John in Rocketman, a look at the singer-songwriter’s breakthrough years. Directed by Dexter Fletcher (yes, the same man who took over as director of Bohemian Rhapsody after Bryan Singer was fired) from a script by Lee Hall (Billy Elliot), the long-gestating film also stars Jamie Bell as John's longtime collaborator Bernie Taupin, plus Bryce Dallas Howard, Richard Madden, Steven Mackintosh, and Gemma Jones. Made with input from John himself, Rocketman takes a less conventional, more fantasy-like approach than did Bohemian Rhapsody, and Egerton does all of his own singing. 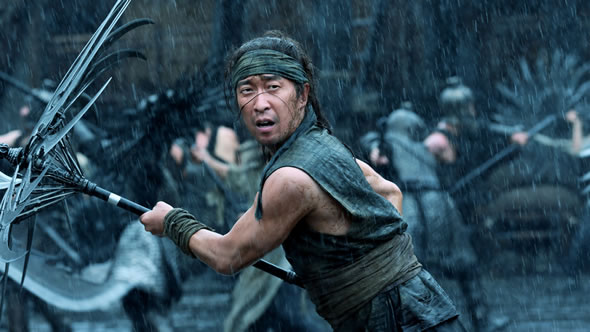 Do call it a comeback. After the disappointment of his English-language debut The Great Wall, famed Chinese director Zhang Yimou returns to the heights of his earlier films House of Flying Daggers and Hero with this beautifully shot, action-packed wuxia film based on the Chinese legend of the Three Kingdoms. Indeed, critics who saw Shadow at last fall's Venice Film Festival suggested it could be the best film of Zhang's career, thanks to the remarkable imagery and several can't-miss fight sequences, including one with umbrellas. Correction: Make that "umbrellas made entirely out of razor-sharp daggers." 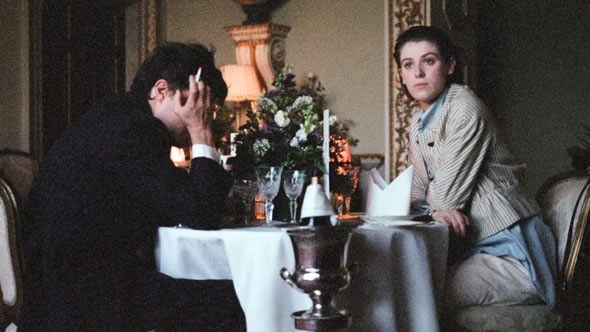 Is this 2019's best movie? It's certainly the highest-scoring film to arrive so far this year, thanks to ecstatic reviews upon its world premiere at Sundance early this year, where it was the unanimous winner of the Grand Jury Prize in the World Cinema competition. British writer-director Joanna Hogg (Unrelated, Archipelago, Exhibition) pulls from her own life experiences to tell the story of Julie (newcomer Honor Swinton-Byrne, delivering what could be a star-making performance), a well-off but inexperienced cinema student (and Hogg surrogate) who falls for the troubled Anthony (Tom Burke) in the 1980s. It's her first real love, and Julie finds herself giving too much of her time and (her parents') money to Anthony, to the exclusion of her friends and her budding career as a filmmaker. Swinton-Byrne's real-life mother, Tilda Swinton, plays her mother in the film, and Richard Ayoade also makes an appearance. A sequel (which adds Robert Pattinson to the cast) begins filming this summer. 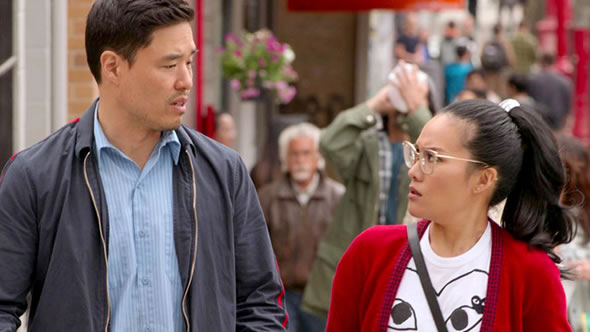 Netflix certainly seems to be falling in love with the rom-com—with mixed success over the past year. Up next is one of the streaming service's more promising entries in the genre, and it marks the feature directorial debut for TV's Nahnatchka Khan (Don't Trust the B–––– in Apartment 23). Maybe stars Ali Wong and Randall Park (who are also credited as two of the three writers on the film) as childhood friends who have a falling out, go 15 years without speaking to each other, and then reconnect in San Francisco—as more than just friends. The supporting cast includes Keanu Reeves, Daniel Dae Kim, Charlyne Yi, Michelle Buteau, Karan Soni, and Lyrics Born. 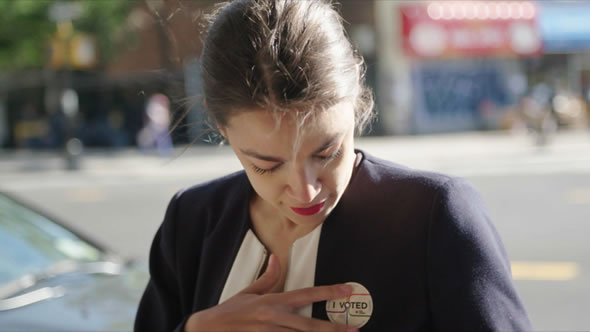 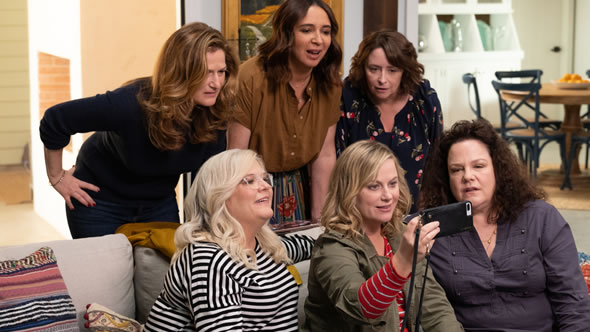 A ladies trip to Napa to celebrate a 50th birthday goes a bit—er—sideways in this Netflix comedy directed by and starring Amy Poehler. Rachel Dratch, Ana Gasteyer, Maya Rudolph, Paula Pell, and Emily Spivey (who co-wrote the script with Liz Cackowski) fill out the traveling party, while Tina Fey, Cherry Jones, and Jason Schwartzman also appear.