Below, we collect the individual year-end top ten lists published by a variety of music sources, including critics, music magazines, music shops, and more. This page will be updated at least once a day throughout December and January as new lists are published; be sure to check back frequently.

Critics pick the best albums of 2021 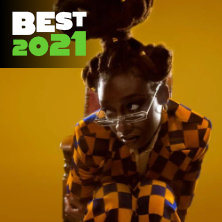 Below are the 182 individual top ten lists used to calculate the standings above. Some publications may list albums without ranking them; such lists are displayed below, without numbers, in alphabetical order.

Take a look at the best debut albums of 2021 and the 40 best overall albums of 2021, or check out our compilation of critic year-end top 10 lists in TV and film.

And don't forget to submit your picks for the best albums (and TV shows, movies, and games) of 2021 in our Best of 2021 User Poll.