30 Albums to Hear in November and December

Notable releases coming this month (and next)

Our editors select the most notable albums announced for release during the remaining weeks of 2019, listed alphabetically by artist. Only albums with firm release dates are included (sorry, Camilla Cabello fans). 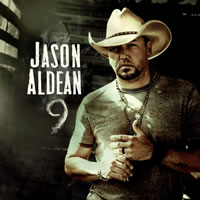 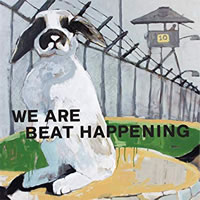 This 14-LP set collects every song ever recorded by the terrific indie-rock trio, including all five studio albums, four EPs, and a 2003 rarities compilation (many long out of print). Every track has been remastered for the set at Abbey Road. 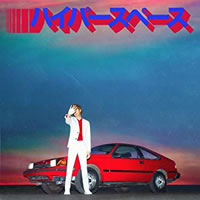 Beck's first album since 2017's Colors is an 11-song set. Seven of those tracks are co-written and co-produced by Pharrell Williams, while other contributors include Paul Epworth, Chris Martin, and Sky Ferreira. 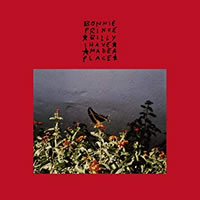 Bonnie "Prince" Billy
I Made a Place
November 15 (Drag City)

The prolific Will Oldham's latest album as Bonnie "Prince" Billy follows an August collaboration with The National's Bryce Dessner. It's actually his first proper album of new original songs (aside from a DIY 2013 release) since 2011's Wolfroy Goes To Town. Joan Shelley guests. 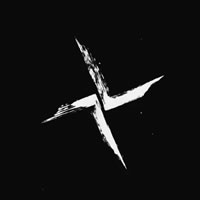 British electronic producer William Bevan hasn't released a full-length studio album in a dozen years, and that won't change in the coming months. But he does have something to offer fans: this 17-song set compiling tracks released on singles and EPs over the past decade. 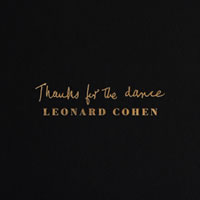 Leonard Cohen
Thanks for the Dance
November 22 (Legacy)

When legendary singer-songwriter Leonard Cohen died in 2016 just after the release of the excellent You Want It Darker, he left behind partial recordings of nine songs from the same sessions. Those tracks have now been completed (at his request) by his son Adam Cohen and compiled into this posthumous release. Other contributors include Beck, Feist, Bryce Dessner, Richard Reed Perry, Daniel Lanois, and Jennifer Warnes, plus Cohen's longtime guitarist Javier Mas. 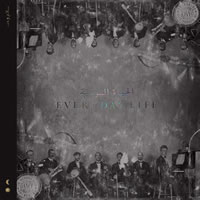 The Chris Martin-led band's first LP since 2015's disappointing A Head Full of Dreams is a double album that is reportedly "experimental" in nature—at least, one half of it is. Their pre-release rollout has been unconventional too, with album and tracklisting announcements coming via typed postcards and a Welsh newspaper classified ad. 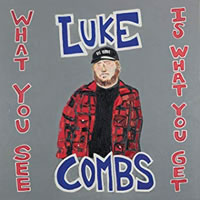 Scott Moffatt produced this second album from the chart-topping country artist. It includes the five songs from Combs' The Prequel EP and adds a dozen more. Brooks & Dunn guest. 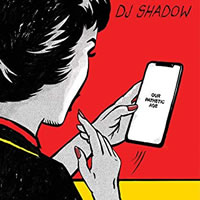 The first studio album in three years from the veteran producer is a double album with a clear division. The first disc is a set of 11 instrumental tracks (one featuring an orchestra), while the second includes vocal-oriented songs utilizing an impressive list of collaborators, including Run the Jewels, Interpol's Paul Banks, De La Soul, Ghostface Killah, Nas, and more. 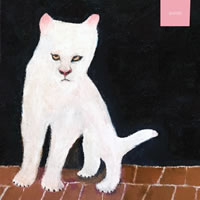 This self-titled set marks the first release from the San Jose slowcore trio since 2000's Contemporary Movement. It follows on the heels of the group's recent live reunion and a recently released one-off track ("Interstellar Tunnel," which won't be on the album). 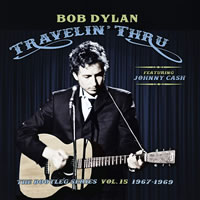 Bob Dylan continues to raid his vaults for his Bootleg Series, and the main focus of this 15th installment is a series of previously unreleased collaborations with Johnny Cash, which take up the better part of two of the three discs in the set. One of those discs also includes five songs recorded with Earl Scruggs, while the third disc contains alternate studio versions of Dylan tracks from the same time period, recorded in Nashville. 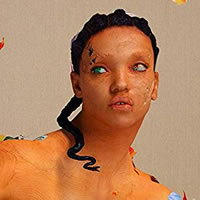 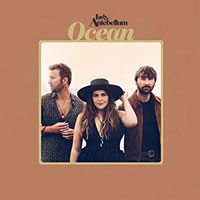 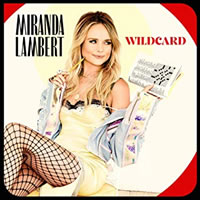 The country star's first solo album since 2016's The Weight of These Wings includes a collaboration with Maren Morris, who has also been opening for Lambert on her current tour. The accessible 14-song set finds her working with producer Jay Joyce for the first time. 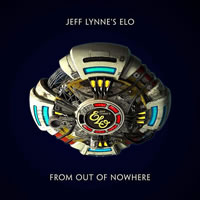 Jeff Lynne's ELO
From Out of Nowhere
November 1 (Columbia)

Electric Light Orchestra and Traveling Wilburys co-founder and acclaimed producer Jeff Lynne revived ELO (under the revised name you see above) in 2014 for a tour and a 2015 album, Alone in the Universe. After being inducted into the Rock and Roll Hall of Fame in 2017, he's back with another ELO album this week: a concise 10-song set on which he plays nearly every instrument you hear. 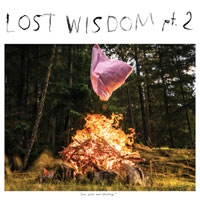 In 2008, Mount Eerie mastermind Phil Elverum collaborated with Canadian singer-songwriter Julie Doiron for Lost Wisdom. This month, they return with an eight-song follow-up and joint tour. 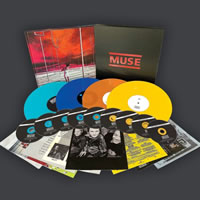 The English rockers will celebrate the 20th anniversary of their debut album, Showbiz, with this massive box set collecting not just that album but also its follow-up, Origin of Symmetry (both remastered), as well as early demos and EPs, B-sides, instrumentals, and live recordings. That's 113 tracks in all, with 40 never before released. 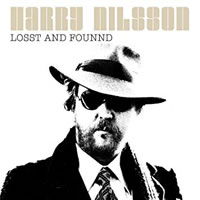 This (obviously) posthumous release from the cult favorite singer-songwriter focuses on a period in Nilsson's career that even die-hard fans haven't heard before. Though Nilsson didn't release any music after 1980, he did begin work on a new album in 1992, but he didn't quite finish the set before his death two years later. Now, his collaborator Mark Hudson has taken Nilsson's original vocals for 11 of those tracks and fleshed them out with music from Van Dyke Parks, Jim Keltner, Jimmy Webb, and Harry's son Kiefo. 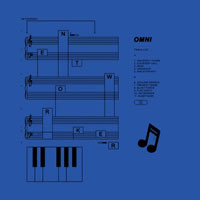 After releasing a pair of albums on the Trouble in Mind label, Atlanta post-punk outfit Omni have moved to Sub Pop for their more expansive third LP. 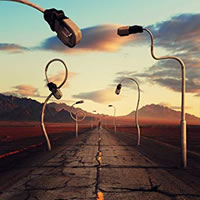 A companion to their 2016 box set The Early Years, the appropriately titled Later Years compiles Pink Floyd's final three studio albums (beginning with 1987's A Momentary Lapse of Reason, which appears here in a brand new mix that includes new drum tracks by Nick Mason) along with two live albums and 13 hours of previously unreleased studio and concert tracks and video. 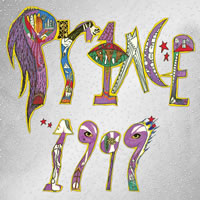 There appears to be no end to the parade of Prince posthumous releases, but if the results here are anywhere near as good as those for the recent reissue of Purple Rain, we have no objections. The new expanded version of Prince's 1982 classic 1999 includes the remastered album and adds alternate mixes, B-sides, a pair of 1982 concerts (one a full concert film on DVD), and two discs' worth of previously unheard vault releases from 1981-83. 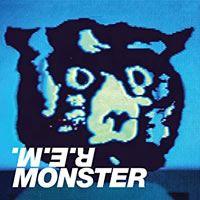 For its 25th anniversary, R.E.M.'s divisive but nevertheless terrific 1994 set (known to at least one person as "the scary one") is also getting an expanded reissue. The album appears in full twice—once in a brand-new, vocal-forward remix by original producer Scott Litt—and is joined by a two-disc live set from 1995 as well as a disc of 15 previously unreleased demos and a compilation of music videos and concert footage. You can compare the original and remixed versions of Monster side by side at the R.E.M. website.

One highlight of HBO's new series adaptation of the Watchmen comics so far has been the score, which comes from Nine Inch Nails mastermind Trent Reznor and his frequent collaborator Atticus Ross. Their original compositions from the series will be released in a series of three vinyl-only albums this fall as the series continues to air, though most of the full titles and album artwork are currently embargoed by the network. (Nothing spoils a good plot twist like an album cover.) 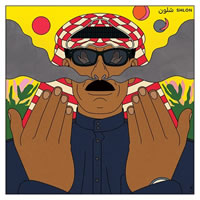 Syrian dance music artist Omar Souleyman first emerged on the global music scene with 2013's Wenu Wenu. Now he returns with a follow-up to 2017's To Syria with Love, which was his debut for Diplo's Mad Decent label.

There's no word yet on a final tracklisting, but the singer confirmed as recently as last week that her new album will arrive on December 6th. It's the follow-up to last year's K.T.S.E., released as part of Kanye West's Wyoming project. 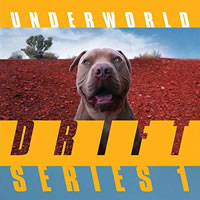 Over the past year, the legendary British electronic music outfit Underworld has been releasing new audiovisual material to fans on a weekly basis, a project the band has labeled Drift. The series will be extended beyond its original expiration date for another full year, but much of the material from the first year (as well as additional new tracks) has been compiled into a hefty box set, which marks the band's first album since 2016's Barbara Barbara, We Face a Shining Future. For casual fans not willing to make the huge commitment, a one-disc "Sampler Edition" will also be available. 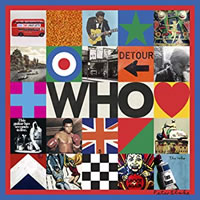 The Who
WHO
December 6 (Interscope)

Coming a mere 54 years after their debut LP, the rock legends' 12th studio album is their first since 2006's Endless Wire. Most of the 11 tracks were written over the past year (one exception is the recent single "Ball and Chain," a remake of Pete Townshend's solo song "Guantanamo") and the album finds surviving members Townshend and Roger Daltrey joined by drummer Zak Starkey and bassist Pino Palladino. 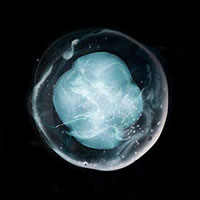 The ambient electronic/classical music duo has really only released one proper studio album—their eponymous 2011 debut—spending much of the past decade instead composing scores for films like Iris and God's Own Country and the dance piece Atomos. This week, they return with a new nine-song studio set, which marks their first release for Ninja Tune. 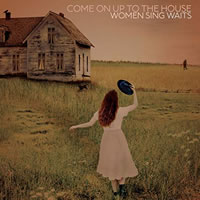 Various artists
Come On Up to the House: Women Sing Waits
November 22 (Dualtone) 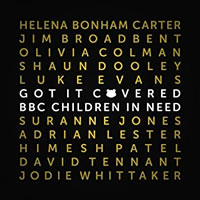 It's celebrity karaoke—for a good cause. This charity compilation (supporting BBC Children in Need) finds British film and television stars covering songs that they personally selected. So, if you've ever wanted to hear Helena Bonham Carter sing Joni Mitchell, David Tennant tackle The Proclaimers, or Oscar winner Oliva Colman give Portishead (!) a go, here's your chance. 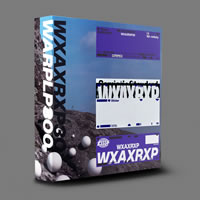 This 10-album vinyl box set compiles live radio performances by artists signed to Warp Records from throughout the label's history, including sessions by Aphex Twin, Boards of Canada, Plaid, Seefeel, Flying Lotus, Oneohtrix Point Never, Bibio, Kelly Moran, LFO, and Mount Kimbie. Each LP is devoted to one of those artists, and are available for purchase individually if you don't want the whole set.

What are you looking forward to?

Which albums are you looking forward to this month? Let us know in the comments section below, and visit our Album Release Calendar for a more complete listing of upcoming releases, including albums coming in 2020.