20 Films to See in October 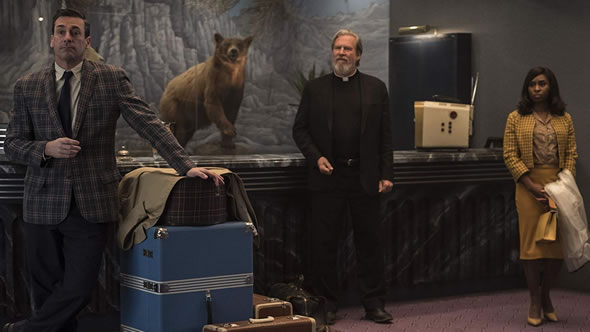 The latest from The Cabin in the Woods writer-director Drew Goddard received a wide range of reactions (mostly good) when it premiered at Fantastic Fest last week. Set in 1969 and starring Jeff Bridges, Chris Hemsworth, Jon Hamm, Cynthia Erivo, Dakota Johnson, Cailee Spaeny, Lewis Pullman, and Nick Offerman, the film follows seven strangers as they check into a hotel on the California-Nevada border, where their dark pasts come bubbling up to the surface. 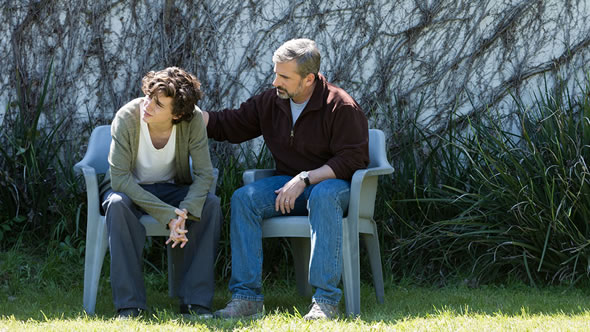 Based on the best-selling memoirs by David and Nic Sheff, Beautiful Boy stars Steve Carell as David and Timothée Chalamet as Nic. Directed by Felix Van Groeningen (The Broken Circle Breakdown), the film chronicles Nic’s struggles with addiction over several years, jumping back and forth in time. Amy Ryan and Maura Tierney co-star as Vicki Sheff and Karen Barbour. Despite strong performances from Carell and Chalamet, the critical reception of the film from its premiere in Toronto was disappointing. 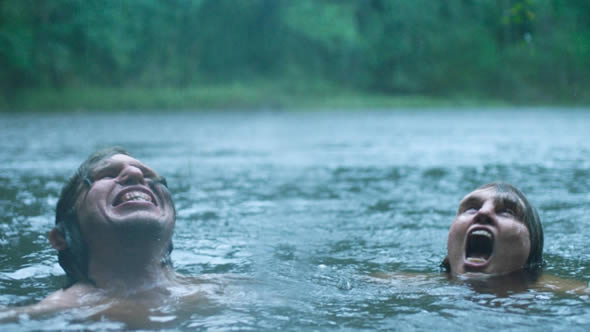 Danish-Iranian director Ali Abbasi’s follow-up to Shelley is an adaptation of a novella by Let The Right One In author John Ajvide Lindqvist. A love story between Tina, a customs agent with an extraordinary sense of smell, and Vore, who introducers her to her true self, Border won the Un Certain Regard section at the Cannes Film Festival this year and is Sweden’s entry for the best foreign language film Oscar. 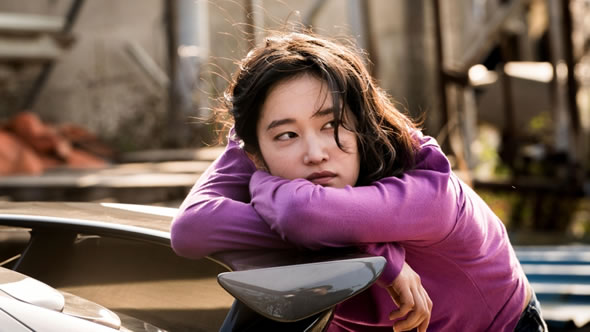 A critical favorite at Cannes this year, where it took home the FIPRESCI (International Federation of Film Critics) prize for the best film in competition (though it did not win any main competition awards), the latest from filmmaker Lee Chang-dong is a loose adaptation of Haruki Murakami’s short story “Barn Burning.” A enigmatic tale of love and class, the film revolves around a love triangle between deliveryman Jongsu (Ah-in Yoo), Haemi (Jong-seo Jun), a local girl he falls for, and Ben (Steven Yeun), the man she brings back home with her after a trip to Africa. The LA Times' Justin Chang describes it as a “character study that morphs, with masterly patience, subtlety and nary a single wasted minute, into a teasing mystery and eventually a full-blown thriller.”

▣ Can You Ever Forgive Me? Watch trailer(s)
Comedy/Drama | October 19 | Directed by Marielle Heller 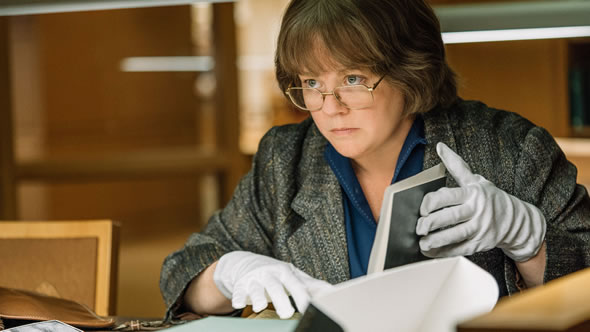 Marielle Heller’s follow-up to her celebrated debut, The Diary of a Teenage Girl, is based on another unique piece of writing, Lee Israel’s memoir about forging letters from famous authors in order to pay her rent. Richard E. Grant plays her confidant, Jack, and Jane Curtain, Dolly Wells, and Anna Deavere Smith have supporting roles in a film that critics believe is a sensitive character study with an excellent lead performance by McCarthy. 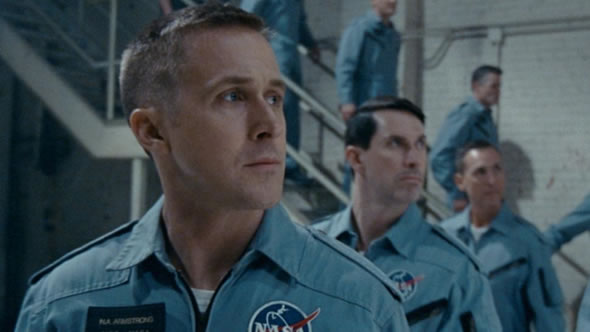 Damien Chazelle directs his La La Land star, Ryan Gosling, in this adaptation of James R. Hansen’s book First Man: The Life of Neil A. Armstrong. The film focuses on Armstrong’s life during the 1960s as NASA plans and executes its mission to the moon. Claire Foy plays Armstrong’s wife, Janet, and Corey Stoll, Kyle Chandler, Pablo Schreiber, and Ethan Embry also star. Critics at early festival screenings have admired the film’s craft, though some have noted that it fails to connect emotionally. 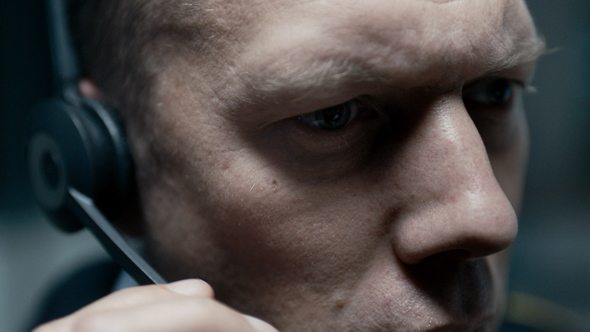 In a tense 85 minutes, Danish director Gustav Möller’s feature debut accomplishes more in one room than most Hollywood thrillers. A disgraced cop (Jakob Cedergren) working emergency dispatch receives a call from a kidnapped woman. Unable to leave his desk, he must rely on the eyes and ears of others to save her. The film has already impressed audiences and critics at Sundance and other international film festivals, taking home multiple audience choice awards. 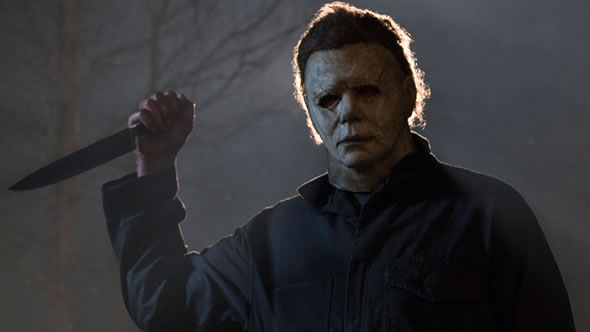 Jamie Lee Curtis returns as Laurie Strode in this continuation of the Halloween series that began with John Carpenter’s 1978 film. Directed by David Gordon Green (Stronger, Pineapple Express) from a script he wrote with Jeff Fradley and Danny McBride, the film finds Laurie ready to take on a newly escaped Michael Myers. Will Patton plays a local cop, and Judy Greer is Laurie’s daughter and Andi Matichak is her granddaughter. Early reviews are split on the film’s ability to scare, but not on its obvious reverence for the original. 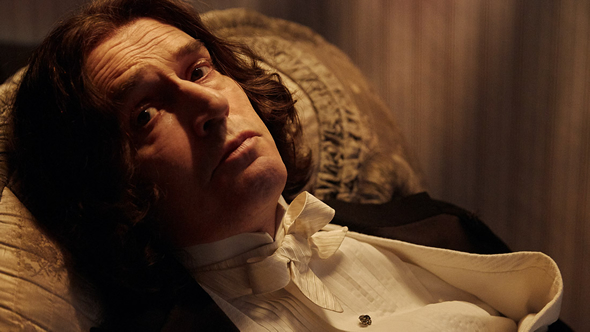 Rupert Everett writes, directs, and stars in this look at three years in the life of Oscar Wilde. Covering Wilde’s final years (1897-1900), Everett’s directorial debut finds the writer out of jail and living as a vagabond who comes to rest in Paris, shunned by his old acquaintances. Colin Firth, Emily Watson, Colin Morgan, Edwin Thomas, Tom Wilkinson, and Anna Chancellor make up the fine supporting cast of a film that has received mostly good early reviews. 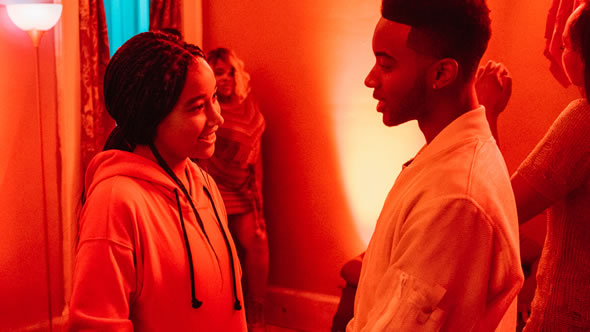 Adapted by Audrey Wells from Angie Thomas’ novel, the latest from director George Tillman Jr. (The Inevitable Defeat of Mister and Pete) stars Amanda Stenberg (Everything, Everything) as Starr Carter, a young girl living in a poor neighborhood but going to school at a rich prep school. She finds her voice when her childhood best friend Khalil (Algee Smith) is gunned down by a cop. Strong early reviews and an impressive supporting cast (Regina Hall, Common, Anthony Mackie, Issa Rae, Russell Hornsby) make this one of the few recent YA novel adaptations to seek out. 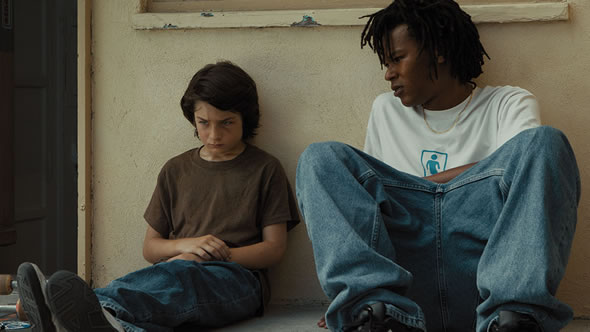 Jonah Hill’s feature directorial debut follows Stevie (Sunny Suljic, The Killing of a Sacred Deer), a 13-year-old in Los Angeles who finds relief from a difficult home life by skateboarding with his new friends. Katherine Waterston and Lucas Hedges play Stevie’s mom and brother. According to early reviews, Hill’s work in front of the camera has paid off as he’s moved behind it. 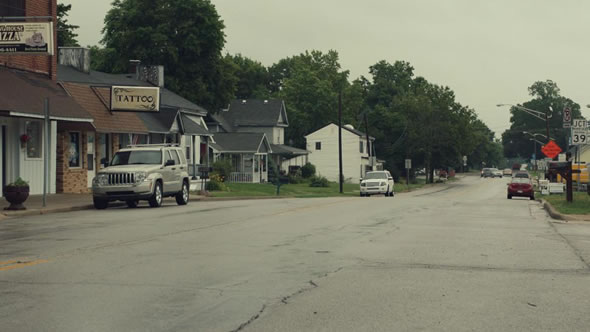 After chronicling the workings of the New York Public Library in Ex Libris, accomplished documentarian Frederick Wiseman turns his camera on a small town in rural America. As he did with In Jackson Heights, Wiseman captures a community through the actions of its citizens. While it might not be his best work, it is another important document from a master filmmaker that immerses viewers in a predominantly white town of just 1,063 people. 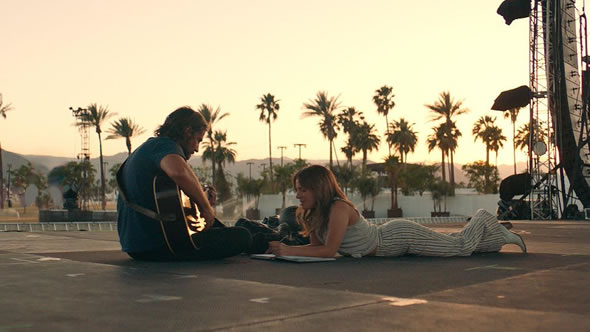 The love story at the heart of 1937’s A Star Is Born has now inspired three Hollywood remakes: a 1954 version starring Judy Garland and James Mason, a 1976 remake led by Barbra Streisand and Kris Kristofferson that moved the story to the rock world, and now this October 5 release directed by Bradley Cooper, who also stars, opposite Lady Gaga. The new Star is set in the world of the contemporary music industry, and Cooper plays Jackson Maine, who discovers and falls in love with Gaga’s Ally, a struggling artist he brings into the spotlight. With excellent reviews from the fall film festivals, the only questions remaining for this A Star Is Born is how big of a box office success will it be, and how many award nominations will it get. 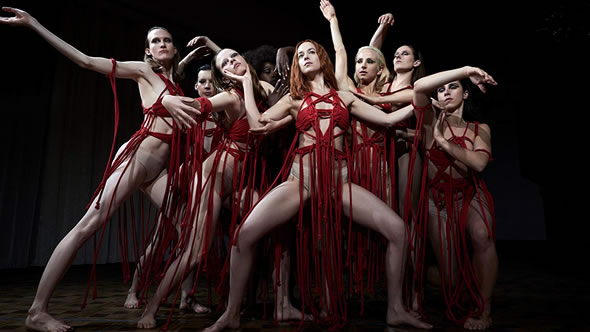 Luca Guadagnino’s follow-up to Call Me by Your Name is a re-imagining of Dario Argento’s Suspiria. The 1977 horror classic tells the story of an American dancer who joins a German ballet company only to find it is a front for something much more sinister. Reuniting the director with Dakota Johnson and Tilda Swinton (playing two roles), who starred together in A Bigger Splash, the new film also stars Mia Goth, Chloe Grace Moretz, and original Suspiria star Jessica Harper, and also boasts the first feature film score by Radiohead’s Thom Yorke. Early reviews are positive overall, but the film is expected to divide audiences when it hits theaters. 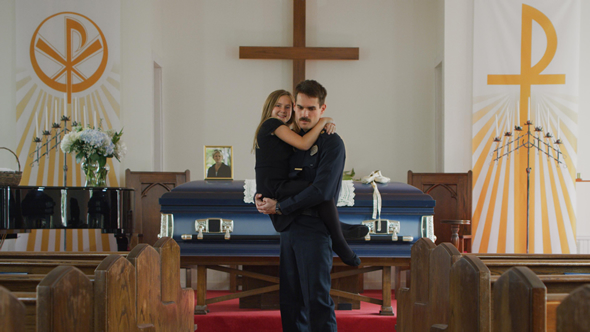 Jim Cummings won best narrative feature at the SXSW Film Festival for this expansion of his award-winning 2016 short film. Serving as writer, director, and lead actor, Cummings tells the story of Texas police officer Jim Arnaud, whose life falls apart when he loses his mother, custody of his daughter and, eventually, his job. The title refers to Bruce Springsteen’s song, one that connects Jim to his mother and holds a special place in the narrative. Cummings self-distributed the film, which will roll out to select theaters this month and land on iTunes on October 26. 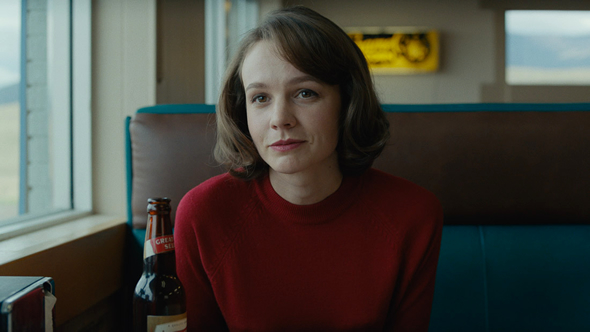 Actor Paul Dano’s directorial debut is an adaptation (co-written with Zoe Kazan) of Richard Ford’s novel about the fraying of the marriage of Jerry and Jeanette Brinson (Jake Gyllenhaal and Carey Mulligan) as seen through the eyes of their 14-year-old son (Ed Oxenbould). Wildlife has earned excellent reviews from festivals around the world, and Oscar prognosticators expect Mulligan to be in the running for best actress as awards season heats up. 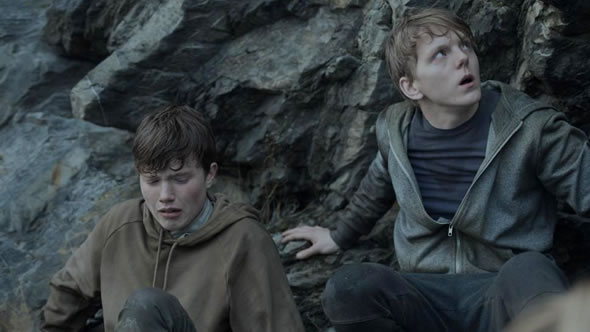 Netflix has attracted an impressive group of directors for its growing lineup of original movies this fall. One is Paul Greengrass, who examines the 2011 mass shooting at a youth camp near Oslo, Norway that resulted in 77 deaths, and was previously addressed in the Norwegian film U-July 22. While that film centered on the horrific event itself, Greengrass turns his attention to the aftermath, taking three different perspectives by focusing on the survivors, Norway's political leadership, and the attorneys involved in the case.

It's one of several high-profile Netflix fall films that will open in theaters on the same date they are available to stream, mainly to maintain eligibility for year-end awards. But rather than follow their usual plan of playing the film in just a theater or two, Netflix is going slightly bigger for 22 July, which could top 100 screens around the world. 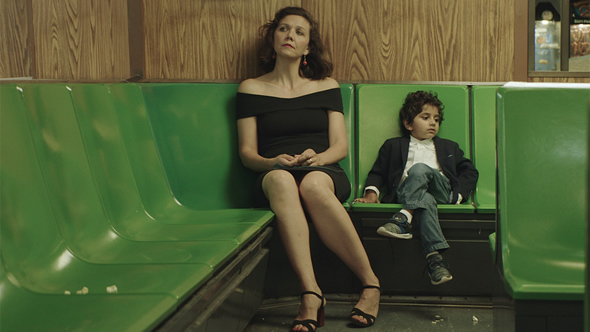 Maggie Gyllenhaal stars as a schoolteacher who becomes obsessed with mentoring a child prodigy in a remake of the 2014 Israeli film of the same name. It's the second feature from director Sara Colangelo (Little Accidents ), and she won a directing award when the film premiered at Sundance in January. Critics there also raved about Gyllenhaal's performance. 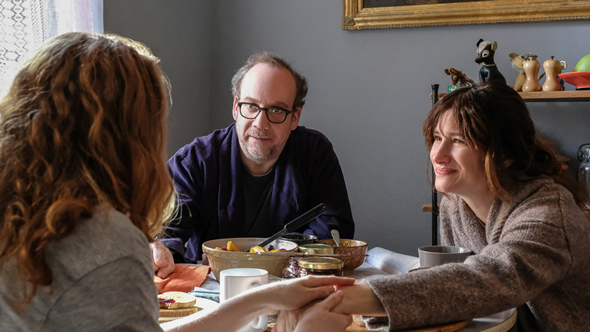 This Netflix original (which also opens in a few theaters today) stars Kathryn Hahn and Paul Giamatti as a couple who have invested a great deal of money and effort in getting pregnant, to no avail—until they stumble into a potential, if unusual, solution. The film comes from writer-director Tamara Jenkins (The Savages) and it received strong reviews at its Sundance debut earlier this year. 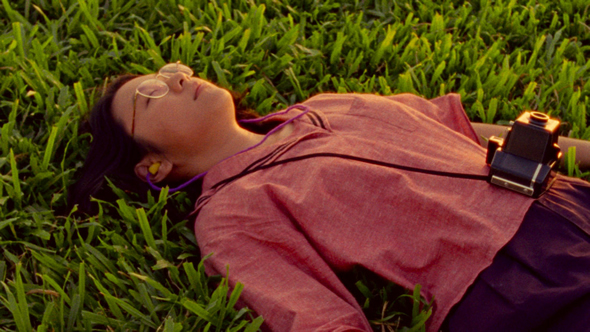 Sandi Tan won a documentary directing award at Sundance this year chronicles the making of what would have been her narrative debut—a film shot guerrilla-style in Singapore in 1992 starring Tan as a teenage killer. But the footage was stolen by her American mentor on the film, Georges Cardona, and wasn't uncovered until 20 years later, inspiring Tan to investigate why Cardona stole the film and the effect it had on her life.

Which films are you looking forward to this month? Let us know in the comments section below. For a complete, updated listing of all upcoming film releases by date, including films arriving later in 2018 and in 2019, visit our Movie Calendar.