18 Films to See in October 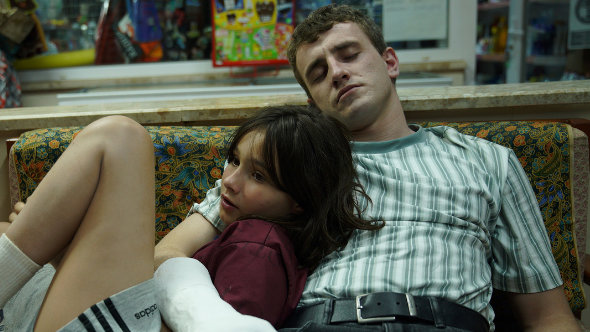 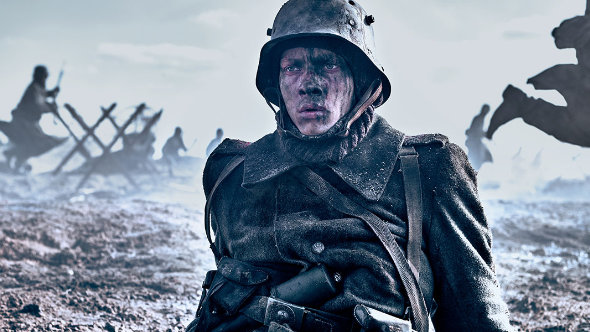 Daniel Brühl and Felix Kammerer star in the first German feature film adaptation of Erich Maria Remarque’s harrowing WWI novel (which also served as the source for the Oscar-winning 1930 movie of the same name). While the new film, directed by Edward Berger (Deutschland 83), may not reach quite the same heights, critics definitely had praise for the "visceral" and "visually spectacular" anti-war tale when it debuted at TIFF a few weeks ago. In addition to streaming on Netflix at the end of the month, All Quiet will open in theaters in Los Angeles and New York on October 7 and expand to additional cities on October 14. 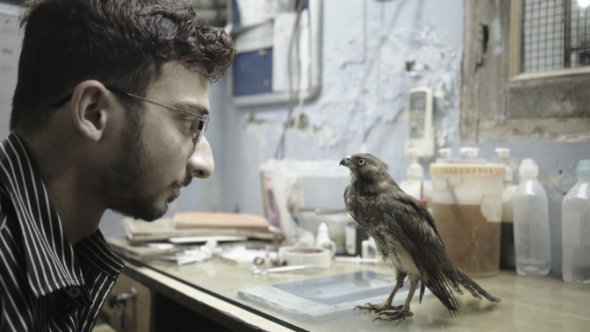 At this year’s Sundance Film Festival, director Shaunak Sen won the World Cinema Grand Jury Prize for this documentary portrait of brothers Saud and Nadeem, who dedicate their lives in New Delhi to caring for injured black kites, a bird of prey essential to the surrounding ecosystem. Capturing the passion of the brothers along with ecological and religious tumult, Sen followed up his Sundance win by taking home The Golden Eye, the top documentary prize at Cannes. See All That Breathes in select theaters beginning this month before it comes to HBO in 2023. 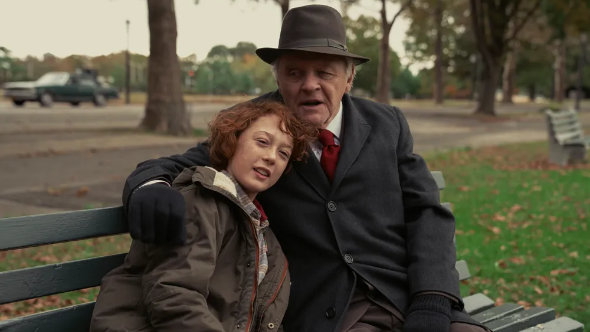 Writer-director James Gray’s fifth film to play in competition at Cannes (following The Yards, We Own the Night, Two Lovers, and The Immigrant) mines his own childhood to tell the story of Paul Graff (Banks Repeta) growing up in Queens in 1980 and the dissolution of his friendship with Johnny Davis (Jaylin Webb), a Black kid he meets on the first day of 6th grade. Anne Hathaway and Jeremy Strong play Paul’s mother and father, and Anthony Hopkins is the grandfather who understands him. Gray’s latest joins the recent autobiographical explorations of other filmmakers like Alfonso Cuarón’s Roma, Kenneth Branagh’s Belfast, Paolo Sorrentino’s The Hand of God, and Steven Spielberg’s The Fabelmans. 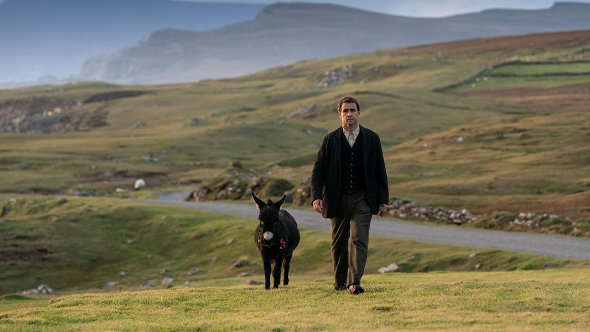 The latest from playwright and filmmaker Martin McDonagh (Three Billboards Outside Ebbing, Missouri, The Guard) picked up two awards at the Venice Film Festival—Best Screenplay and Best Actor for Colin Farrell. McDonagh pits the stars of his breakout film In Bruges—Farrell and Brendan Gleeson—against each other as lifelong friends who have a falling out when Gleeson’s Colm asks Farrell’s Padraic to never talk to him again. With strong supporting performances from Kerry Condon and Barry Keoghan, McDonagh’s latest darkly comedic look at the absurdity of life is currently his best-reviewed film yet and is likely headed for a best picture nomination. 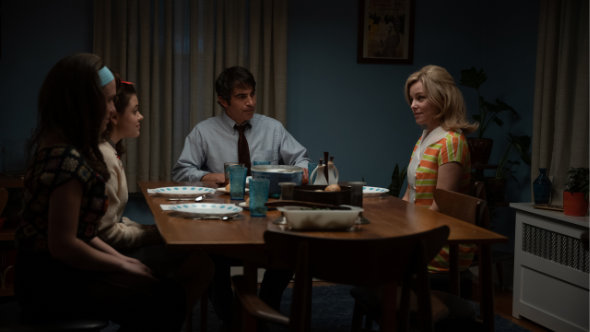 Carol screenwriter Phyllis Nagy takes a seat in the director’s chair for this fictionalized take on the Jane Collective—a group of women who facilitated safe, illegal abortions in Chicago in the late 60s and early 70s. (If that sounds familiar, it might be because that very subject was tackled earlier this year by the documentary The Janes, which is now available on HBO Max.) Elizabeth Banks (in what some critics think is her best performance) stars as Joy, a suburban housewife in need of an abortion when her pregnancy becomes life-threatening. The supporting cast includes Signourney Weaver, Wunmi Mosakum, Kate Mara, and Grace Edwards. Since its premiere at Sundance, the film has only become more timely with the Supreme Court’s June 24 ruling. 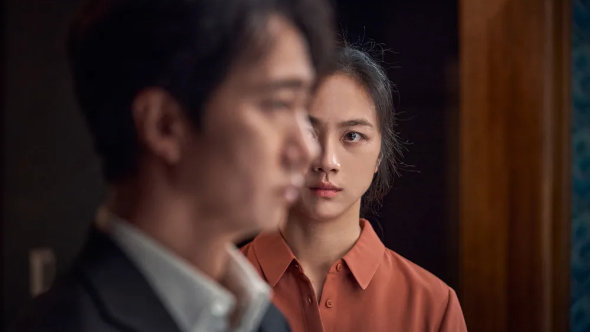 Six years after The Handmaiden premiered at Cannes, Park Chan-wook returned to the main competition with this Hitchcockian romantic-thriller about the mysterious relationship between a detective (Park Hae-il) and the widow (Tang Wei) of the dead man whose murder he’s investigating. Park took home the Best Director prize at the festival, a decision applauded by critics, whom he impressed once again with his inventive use of the camera, surprising plotting, and generous guidance of performance (Wei being a particular standout as she was in Ang Lee’s Lust, Caution fifteen years ago). 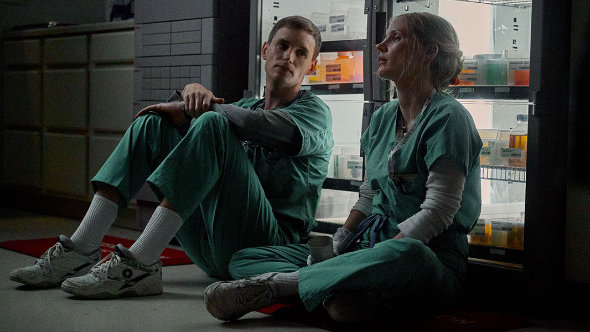 Danish director Tobias Lindholm (A Hijacking, Borgen) makes his English-language debut with this based-on-a-true-story drama adapted from Charles Graeber's book about a registered nurse who was arrested in 2003 and eventually implicated in over 300 patient deaths over the course of his 16-year career, making him perhaps the most prolific serial killer in American history. Eddie Redmayne, Jessica Chastain, and Noah Emmerich star. Don't expect a great movie, but the overall reception from critics following the film's TIFF debut was more positive than not. 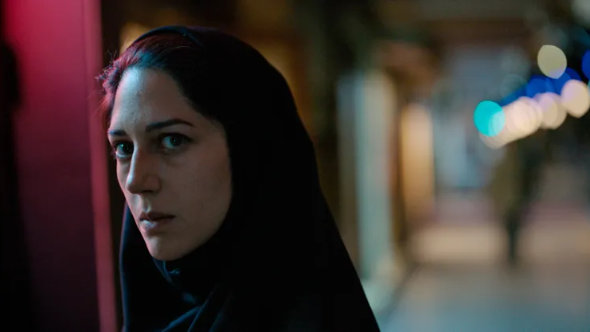 In 2018, writer-director Ali Abbasi won best film in the Un Certain Regard section of the Cannes Film Festival for Border. This year he graduated to the main competition with this story set in his native Iran and based on the serial killer Saeed Hanaei (played by Mehdi Bajestani), who killed 16 sex workers between 2000-2001 in the holy city of Mashhad. Abbasi fictionalizes his account by introducing a female journalist (Cannes Best Actress winner Zar Amir Ebrahimi) who investigates the murders. Abbasi takes this true story and creates an equally disturbing thriller and courtroom drama. 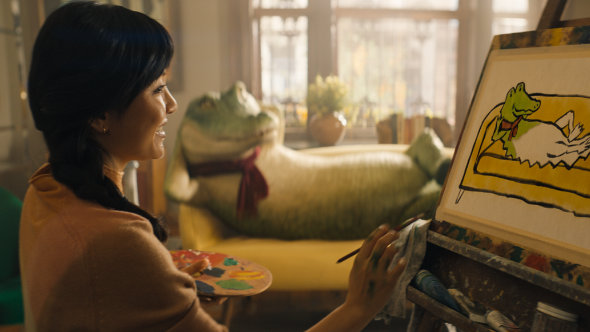 Josh Gordon and Will Speck (Blades of Glory, Office Christmas Party) direct this live-action/CGI family comedy based on the book series by Bernard Waber. With original songs written by The Greatest Showman’s Benj Pasek and Justin Paul and sung by Shawn Mendes as Lyle, the film follows the Primm family (Constance Wu, Scoot McNairy, Winslow Fegley) as they move to New York City and their son Josh struggles to adapt to his new surroundings. All their lives change when Lyle, a singing crocodile is discovered in their attic. Javier Bardem plays Lyle’s flamboyant owner, Hector P. Valenti. 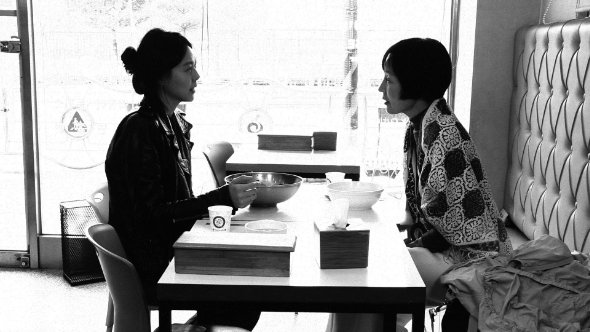 After winning the Silver Bear for Best Director in 2020 for The Woman Who Ran, and Best Screenplay in 2021 for Introduction, this year Hong Sang-soo took home the Silver Bear Grand Jury Prize (second place) at the Berlin Film Festival for this story of a famous novelist (Lee Hyeyoung) who meets with a bookstore owner, a film director, and then a famous actor (Kim Minhee), resulting in the idea for a film. Hong’s 27th feature circles familiar themes in typically rewarding fashion, but if this one doesn’t convert you to a fan, the incredibly prolific filmmaker already has another feature, Walk Up, playing in festivals and receiving excellent reviews. 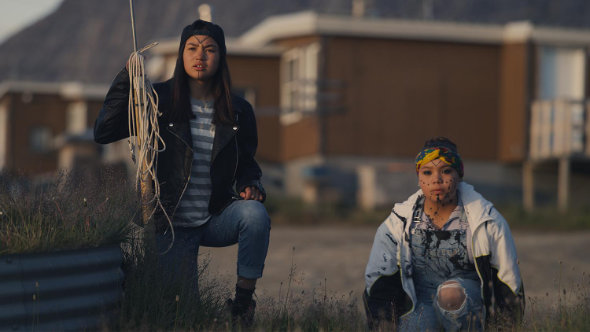 This sci-fi thriller, the debut feature from Indigenous filmmaker Nyla Innuksuk, received a positive reception at SXSW earlier this year for its Inuit take on the Attack the Block formula. Set in Pangnirtung, Nunavut, Slash/Back follows Maika (Tasiana Shirley) and her friends (Alexis Vincent-Wolfe, Nalajoss Ellsworth and Chelsea Prusky) on a typical summer day: no school and 24-hour sunlight. When they discover an alien invasion threatens their hometown, they use what they’ve learned in taking care of themselves to take care of the aliens. Co-written with Ryan Cavan, the film features a score driven by Inuit culture and credits that morph from Inuktitut (the language of Nunavut) to English. 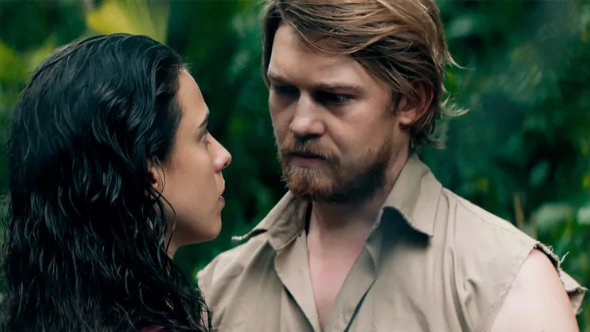 The critically-acclaimed French writer-director Claire Denis’ adaptation of Denis Johnson’s 1986 novel shared the Grand Prix (2nd Place) with Lukas Dhont’s Close at this year’s Cannes Film Festival, a surprise to many critics who didn’t think Stars at Noon represented her strongest work. Moving the setting of the movie from the Nicaraguan Revolution of 1984 to present day Nicaragua (COVID masks and all), Denis casts Margaret Qualley as a failed journalist surviving by sleeping with various military and government officials and Joe Alwyn (her third choice for the role after Robert Pattinson and Taron Egerton had to drop out) as a mysterious operative. For some critics, the leads were miscast, but the majority believe Denis makes it work in her unique way. 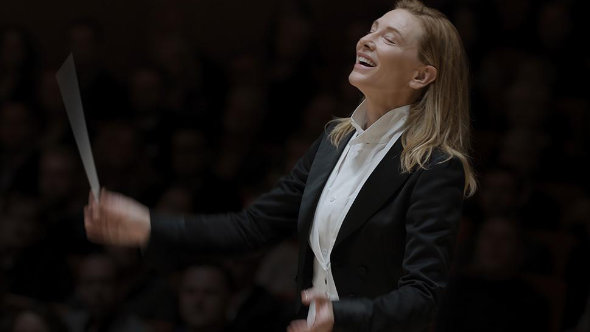 Todd Field’s third feature, following 2001’s In the Bedroom and 2006’s Little Children, explores our changing world through the fictional life of iconic musician Lydia Tár (Cate Blanchett), a brilliant composer and the first-ever female chief conductor of a major German orchestra. Blanchett won Best Actress in Venice for her lead turn and is the runaway favorite to take home more statues as awards season approaches. Her Tár is a mercurial figure, prone to affairs with younger proteges despite her loving relationship with her partner (Nina Hoss), with whom she has a daughter. It’s a challenging 2.5 hours, but also one of the best-reviewed movies of the year. 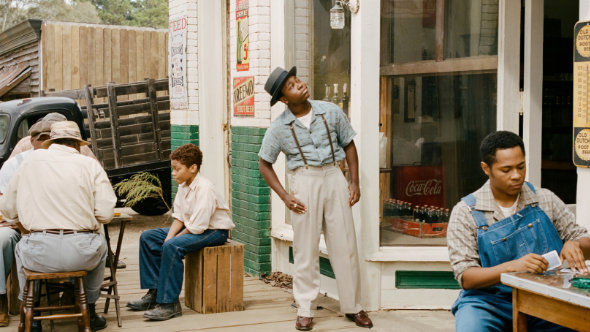 Chinonye Chukwu’s follow-up to her Sundance award-winner Clemency tackles the true story of Mamie Till (Danielle Deadwyler) and her response to the murder of her son Emmett. From Chicago, Emmett was murdered in Mississippi while visiting relatives in 1955. The resulting funeral, an open casket affair at Mamie’s request, and sham trial where Mamie testified (Emmett’s murderers were set free and even confessed to it after trial) sparked the civil rights movement. Critics believe Deadwyler should be in the awards conversation, and, less we forget, an anti-lynching law was not passed until March of this year, 67 years after Emmett Till’s murder and 157 years after the 13th Amendment was added to the Constitution. 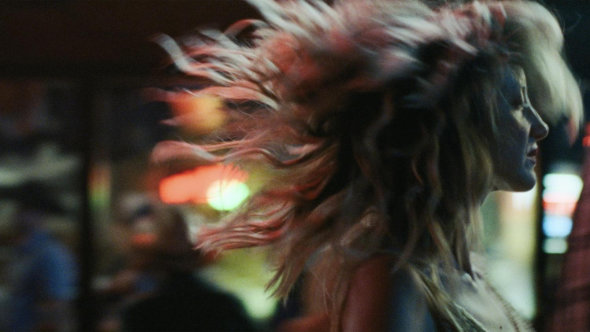 After working over a decade as a TV director (including, most recently, on episodes of Better Call Saul and For All Mankind), Michael Morris makes his feature directing debut with this screenplay by Ryan Binaco that he based on a true story. Years after a lottery win, Leslie (Andrea Riseborough), a single mom living alone and battling alcoholism, returns home to West Texas where she must confront her past. Riseborough earned glowing reviews from the film’s premiere at SXSW, and Owen Teague (as her estranged son), Allison Janney, Stephen Root, Andre Royo, and Marc Maron round out the supporting cast. 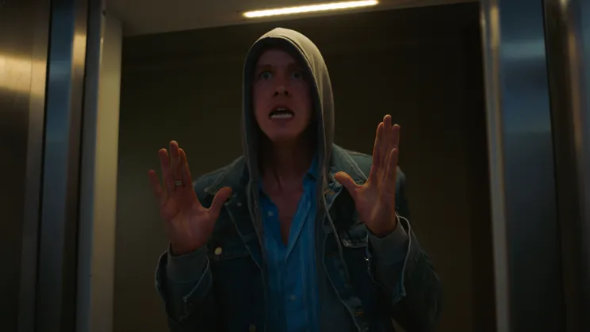 At this year’s Cannes Film Fesitval, writer-director Ruben Östlund (Force Majeure) joined Francis Ford Coppola, Bille August, Emir Kusturica, Michael Haneke, Ken Loach, Jean-Pierre and Luc Dardenne, Shōhei Imamura, and Alf Sjöberg as the only directors to win two Palmes d’Or. Östlund's first Cannes winner, 2017’s The Square, a satire the art world running 142 minutes, set the stage for this glib or biting (depending on the critic), 150-minute, three-part satire of the uber-rich that introduces viewers to a fashion model couple (Harris Dickinson and the late Charlbi Dean), follows them onto a mega-yacht (where Woody Harrelson plays the Marx-spouting captain) and then to an island where they are shipwrecked with a Russian oligarch, a British arms dealer and the crew, who flip the hierarchy on the wealthy passengers. Östlund might be blunt (and his targets easy), but he still crafts memorable set-pieces (prepare for excessive vomiting). 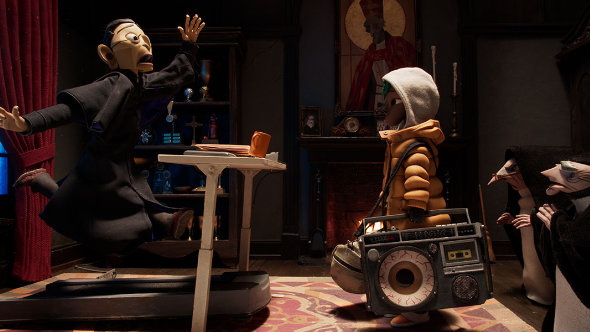 Receiving both a theatrical run and a Netflix debut in October, this original stop-motion-animated comedic fantasy tale from director Henry Selick (it's his first film since the 2009 classic Coraline) reunites the Key & Peele duo of Keegan-Michael Key and Jordan Peele, who voice two demon brothers who venture into the Land of the Living with the help of a human teen (Lyric Ross). Additional voices come from Angela Bassett, Ving Rhames, and James Hong. Peele co-wrote the film with Selick, whose unpublished book serves as the inspiration for the story. Reviews were solid following Wendell's festival debut, with a few minor complaints about the film's overly ambitious agenda: Among other topics, it addresses coping with grief, juvenile rehabilitation, the prison industrial complex, and the scourge of corrupt capitalism 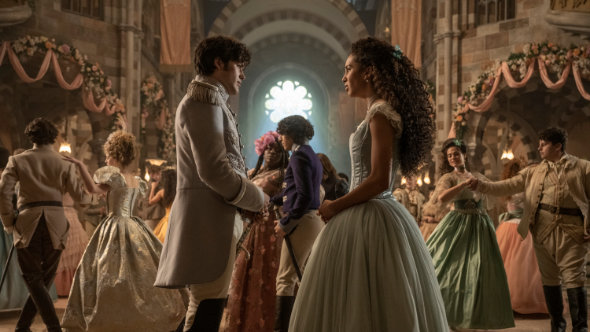 Paul Feig (Bridesmaids) writes and directs an adaptation of the 2013 modern fairytale novel by Soman Chainani that stars Charlize Theron, Laurence Fishburne, Michelle Yeoh, Kerry Washington, Cate Blanchett, Ben Kingsley, Peter Serafinowicz, and Rob Delaney, plus Sophia Anne Caruso and Sofia Wylie as the young leads Sophie and Agatha. As in the book, the latter pair are taken to the titular school against their will and must find a way to return home, though you can expect a number of deviations from the source material in the specifics along the way.

For a complete, updated listing of all upcoming movie releases by date, including films arriving later in 2022 and beyond, visit our Movie Calendar.

Prefer watching at home? Here's our look at the notable TV shows and streaming movies debuting in October.