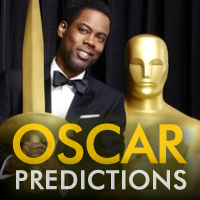 It should be just a bit easier to complete your Oscar pool this year. Almost all of the races heading into this weekend's Oscar ceremony appear to be settled, though you can usually count on one upset or two. If not, we could be in for a boring night on Sunday when Chris Rock hosts the 88th Annual Academy Awards ceremony, airing at 8:30pm ET (5:30pm PT) on ABC.

Below, we've aggregated predictions from nearly 70 entertainment writers, critics, and awards experts, and compared them to the votes cast by over 6,600 Metacritic visitors who voted in our 7th annual Oscar poll. Also listed are the latest betting odds in each category as published at Bet365 (as of Monday, February 22).

The best picture race is actually one of the most competitive categories this year, despite the fact that it has a fairly clear favorite, with The Revenant the consensus pick of experts and Metacritic users in addition to oddsmakers. And that film's director, Alejandro G. Iñárritu, looks likely to score back-to-back wins in the director category, after winning for Birdman last year. (Iñárritu also produced both films, and co-wrote Birdman, which means he could wind up with a total of five Academy Award trophies in a two-year span).

For the third straight year, all four acting categories appear to have certain winners well in advance of the Oscar ceremony. Not one expert dared to pick against Brie Larson and only one did so against Leonardo DiCaprio in the lead categories—both will be first-time winners if they follow through on expectations—and only a handful went against the consensus in the supporting categories.

Again, there is little suspense here, with both screenplay categories featuring overwhelming favorites. And the two pairs of writers favored to win will become first-time Oscar winners if they do indeed take home the statuettes.

The animated, documentary, and foreign-language categories appear to have little suspense this year. That is in line with recent trends toward clear favorites in those three categories, though this year's races seem even more settled than usual. The short film categories, meanwhile, continue to be the races that will make or break your Oscar pool. (Even when there is a strong consensus in the short film categories, it is often wrong, though last year the experts got all three races correct.)

Legendary film composer Ennio Morricone has never won an Oscar. That should change on Sunday, as he appears to be a sure thing to convert his sixth nomination into a trophy. The original song category also appears to have little suspense, with Diane Warren and Lady Gaga's composition for the college sexual assault documentary The Hunting Ground looking like the winner.

All three groups (oddsmakers, experts, users) are predicting a near-sweep of the technical categories by Mad Max: Fury Road (which could make that film the biggest winner on the night), though visual effects and costume design appear to be close races. One notable exception: Emmanuel Lubezki looks like a lock to take home an unprecedented third consecutive cinematography Oscar for his work on The Revenant.

Check our site Monday morning for the final results as we reveal which users and experts had the most accurate predictions. We'll also collect reviews of the broadcast from TV critics.