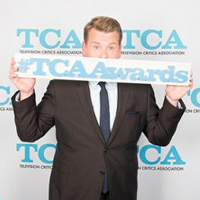 The Television Critics Association, comprised of over 220 professional TV critics and print journalists who cover the industry, took a break from their summer press tour on Saturday to present their 31st Annual TCA Awards in a private ceremony hosted by James Corden.

With last year's big winner Breaking Bad no longer in the picture, the field was wide open, and the critics responded by selecting Fox newcomer Empire as the year's best overall program. (Yes, that's the same Empire recently snubbed by the TV Academy in this year's Emmy nominations.) Comedy Central's Inside Amy Schumer was the only show to receive multiple awards, however. That much-lauded sketch series was named the year's top comedy series and also earned an award for star Schumer.

A full list of the 2015 award winners (as well as the previously announced nominees) is below.

Winners in each category are marked with a star (

Program of the Year

Outstanding Achievement in News and Information

* Unlike in previous years, the nominees were not announced to the public.

* Presented annually to one "long-standing program that has had a major cultural or social impact."

Do you agree or disagree with the critics' choices this year? Let us know in the discussion section below, and don't forget to make your predictions for the 2015 Emmy Awards.