Added in previous update (1/3): IGN, Philadelphia Daily News, Uncle Barky, Under the Radar, Us Weekly, We Got This Covered, Wired 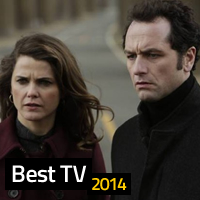 Below are the 68 individual top ten lists used to calculate the standings above. Some critics may list ten shows without ranking them in order; such lists are displayed below, without numbers, in alphabetical order.