TV Cancellation Watch: Which Shows Are on the Bubble?

While the networks won't officially announce their 2012-13 primetime schedules until the week of May 14, the renewal chances of many current series are becoming clearer as we near the end of the TV season. What are the chances that each of the remaining bubble shows will return for another year? To answer that question, we have compiled the most recent renew/cancel predictions from six sources: 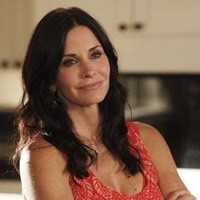 Alone among the five broadcast networks, ABC has yet to renew a single primetime show despite having a few sure things to choose from (starting with Modern Family and also including successes ranging from first-year hit Once Upon a Time to veteran Grey's Anatomy). The network has announced the end of five series, however, while at least two more—freshman dramas The River and Pan Am—look certain to follow (though an official cancellation has yet to come). The struggling Missing also seems likely to be just that on next year's schedule.

That leaves several shows whose futures are a bit murkier. This bubble group includes a pair of Shonda Rhimes shows, Private Practice and the new Scandal, as well as the acclaimed but struggling Cougar Town, first-year soap GCB, and second-year medical crime drama Body of Proof. Out of this group, only Private Practice seems to have a fighting chance at another season. Cougar Town fans should not get their hopes up, as the comedy's spring return has been accompanied by the show's lowest ratings to date.

Late arrival Don't Trust the B---- in Apartment 23, which premiered last night, performed fairly well in its opener, with numbers comparable to previous timeslot occupant Happy Endings (a show considered likely to be renewed). That makes the well reviewed new sitcom a potential survivor, assuming no major drop-off over the next few weeks.

Could go either way

Likely cancellation
* Pan Am is considered already canceled by several experts, though ABC has not made an official announcement. 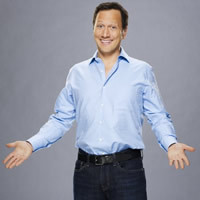 Taking the opposite approach of ABC, ratings leader CBS has announced early renewals for much of its current lineup, leaving the statuses of just a handful of shows up in the air with a month left to go in the season. Of these remaining bubble shows, only Two and a Half Men has the ratings to justify renewal (and, in fact, would be a sure thing were it not for Ashton Kutcher's uncertain contract status for next season).

It's also hard to completely rule out a return for Rules of Engagement, which has somehow avoided cancellation for six seasons so far, while experts seem unable to come to a consensus on the renewal chances for the underwhelming first-year drama Unforgettable. The decent ratings (in spite of terrible reviews) for new sitcom Rob would make it a likely keeper on any other network, but the show is an underperformer by CBS standards and may not return (especially if Engagement does get a seventh season). And it looks like at least one (if not both) of the two CSI spinoffs could finally draw to a close this season, while first-year drama A Gifted Man needs a miracle to secure a second season. The success of rookie cop drama NYC 22 (which debuts this weekend) will also impact the dramas still on the bubble. 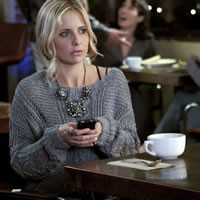 Will the CW turn Ringer off?

With only America's Next Top Model guaranteed to return in the fall, there is a lot of uncertainty surrounding the CW's primetime lineup, especially given that its slate of pilots now in development is reportedly strong (by CW standards, at least). Still, Supernatural (with a new showrunner) and The Vampire Diaries seem locks for renewal, while Sarah Michelle Gellar's first-year series Ringer is nearly certain to be canceled.

The Secret Circle and 90210 also have decent shots at renewal, while Gossip Girl, though struggling, could also return for a concluding season. Renewal seems a more remote possibility for Hart of Dixie and Nikita, however. While experts also were uncertain about the latter show's renewal chances at this point last year, they seem much less optimistic this year. 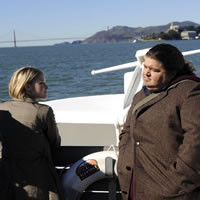 Not exactly the rock of Fox's lineup

Like CBS, Fox has eliminated the uncertainty for much of its current lineup by already renewing a dozen shows. Of the remaining scripted programs yet to hear such good news, however, only Touch has a strong chance of returning, though things are not as grim for Fringe as they were a few months ago; in recent weeks, there have been rumblings about a final 13-episode season for the JJ Abrams-produced show despite declining ratings. The reason for the optimism is that Abrams' other Fox drama, Alcatraz, has been declining in viewership to the point that is has become a near-certain cancellation target.

First-year animated comedy Napoleon Dynamite is solidly on the bubble, though its chances could improve if Fox decides not to pick up fellow cartoon Bob's Burgers for another run. (The latter show, however, should return next season either way, as the network has held back some of the 22 episodes originally planned for the current season.) On much less solid footing is Bones spinoff The Finder, which has been banished to Fridays since an inconsistent (though occasionally decent) run earlier this year.

Though it's not yet reflected in the predictions listed below, Fox announced yesterday that it was pulling all remaining episodes of the Christian Slater comedy Breaking In from its schedule, effectively canceling the series. (The three unaired episodes may be shown at a later date.) 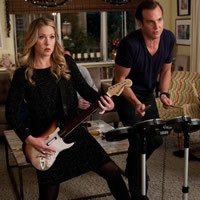 Up for another year?

The peacock network has renewed just two shows so far: freshman dramas Grimm and Smash. And while the network's low ratings across the board (and large number of shows overall) make predicting the fates of the remaining series a bit tricky, a few things are clear heading into the final month of the season.

One is that much of the network's midseason schedule, including Awake, Bent, Best Friends Forever, and Are You There Chelsea, was a failure; it's extremely likely that none of those first-year programs will return next season. (The same goes for returning drama Harry's Law, which has continued to repel the coveted 18-49 demographic since moving to Sundays this spring.) On the other hand, veterans like 30 Rock, Parks & Recreation, The Office (assuming it survives the loss of its showrunner and several cast members), Parenthood, Law & Order: SVU, and, yes, even Community, should be back in the fall, though the latter is by no means a lock.

That leaves two first-year comedies squarely in bubble territory. Up All Night has the benefit of better reviews, while Whitney typically had more viewers. Either, both, or neither could return in the fall, and Community has the edge over both of those shows thanks to being much closer to syndication.

What bubble shows would you like to see return, and which deserve to be canceled? Let us know in the comments section below.