Our comprehensive coverage of the TV network upfront presentations this week in New York continues with a look at Fox's plans for the 2012-13 season. We'll have additional reports for the other networks later this week. View all upfronts coverage here Fox didn't have a whole lot to announce on Monday when it unveiled its 2012-13 schedule, but here are the highlights:

Below, we take a closer look at Fox's projected schedule, followed by descriptions for each of the network's new programs.

Other shows not debuting until midseason (timeslots tbd):
Cops, The Following, The Goodwin Games

First-year series on Fox's schedule during the 2012-13 season include: 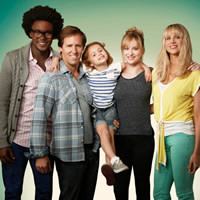 Ben and Kate
Nat Faxon (part of the Oscar-winning writing team behind The Descendants) stars as an aimless man who moves in with his uptight sister to help raise her five-year-old daughter. The Odd Couple-style comedy (airing Tuesdays at 8:30p) comes from screenwriter Dana Fox (What Happens in Vegas, Couples Retreat), and also stars Dakota Johnson and Lucy Punch. The series was titled Ned Fox Is My Manny until Fox realized that was a terrible idea. 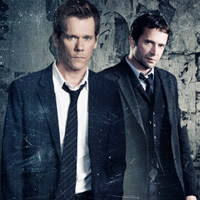 The Following
Fox's most high-profile new show marks the first regular series television role for Kevin Bacon. Created by Kevin Williamson (Scream, The Vampire Diaries), The Following stars Bacon as former FBI agent Ryan Hardy, who is reluctantly drawn back into duty when a notorious serial killer (Rome's James Purefoy) escapes from death row and begins a new killing spree nine years after Hardy originally caught him. Natalie Zea (Justified) also stars as the escaped killer's ex-wife. The show will air on Mondays beginning in the winter, allowing it to run for 15 consecutive weeks without interruption.

The Goodwin Games
One of three estranged adult siblings—Scott Foley (Felicity), Becki Newton (Ugly Betty), and Jake Lacy (Better With You)—stands to inherit their late father's $20 million estate, but only if they adhere to a few minor conditions indicated in his will. Minor conditions? Make that a series of absurd and/or trivial challenges pitting the siblings against each other, doled out one per episode. The single-camera comedy from the executive producers of How I Met Your Mother will debut at midseason, when it will displace an existing member of Fox's Tuesday night comedy block. 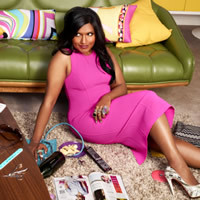 The Mindy Project
NBC passed on this comedy project written by and starring Mindy Kaling (The Office), which means that it will probably be a hit for Fox. Kaling plays a rom-com-obsessed, politically incorrect OB/GYN searching for the perfect life but always sabotaging her best-laid plans. Given that some of the best Office episodes were written by Kaling, there should be potential here. Chris Messina (Damages), Anna Camp (The Good Wife), and British comedian Ed Weeks also star, while Kaling's former co-worker Ed Helms will guest (along with Bill Hader and Richard Schiff) in the first episode. The Mindy Project will follow New Girl on Tuesdays. 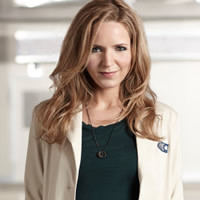 The Mob Doctor
Replacing Monday-night staple House this fall will be ... well, another medical show. Jordana Spiro (My Boys) stars as a talented Chicago surgeon who harbors a secret (which is kinda spoiled by that show title): she also works as a doctor for the Mafia in order to save the life of her brother, who otherwise would be killed over a gambling debt. Also starring are Zeljko Ivanek (Damages), Zach Gilford (Friday Night Lights), and William Forsythe (Boardwalk Empire).