15 Films to See in August 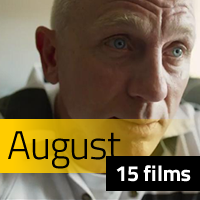 The month ahead appears to offer far more cinematic highlights than the typical August, though you'll have to venture beyond your local cineplex to catch most of them. True, the surprisingly good horror sequel Annabelle: Creation and Steven Soderbergh's return to filmmaking with Logan Lucky will screen in wide release. But it is this month's indies that really shine, including features like the Black Mirror-esque Marjorie Prime, festival hits like Good Time, Beach Rats and Patti Cake$, and the year's highest-scoring film to date.