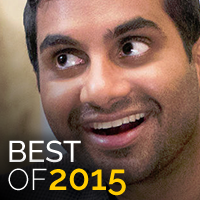 Below, we rank the 15 highest-scoring (and thus best-reviewed) new TV shows to debut in the U.S. during the 2015 calendar year. Shows must have at least 15 reviews from professional critics to qualify for the list. Specials, TV movies, and one-time miniseries are excluded from this list.

Note that Metascores are based on reviews at the time of each show's debut, which generally reflect just the pilot and perhaps a few subsequent episodes (though cable networks generally provide more episodes in advance to critics). Shows are ranked by Metascore prior to rounding.