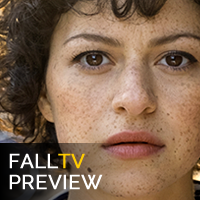 If you think that fall is the time for broadcast networks to introduce the bulk of their new programming while cable and streaming services hold their best shows back for midseason, it may be time to reconsider your assumptions. Critics are already buzzing about September's surprisingly strong new comedy slate, while the coming months will also bring high-profile newcomers like HBO's Westworld and Netflix's Luke Cage as well as the return of the much-loved Gilmore Girls, among other highlights.

We've picked out the most notable fall TV debuts (both new and returning shows) below, ordered by date. For more premiere dates and details on every upcoming show (including those not profiled here), visit our Fall TV Premiere Calendar.