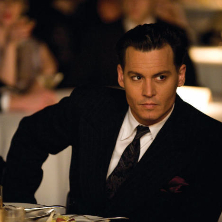 Updated November 13, 2017 to add Murder on the Orient Express

A busy Johnny Depp has put up a lot of numbers in the 2000s. He's made dozens of films. He's been directed five times by Tim Burton. And he's made five Pirates of the Caribbean movies, the newest of which, Dead Men Tell No Tales, recently reached theaters.

We surveyed all 38 of Depp's narrative films released since 2000. The movies landed on our scale from a high of 85 to a low of 23. Find the complete rundown below, ranked from worst to best by Metascore.