Most Anticipated Video Games of 2016, Part 1: Sequels, Remakes and Adaptations 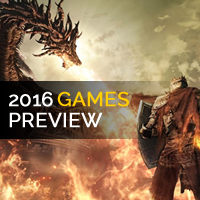 Many of those AAA titles you were expecting in 2015? They're coming in 2016—at least, as of now. The year ahead will see a conclusion to Nathan Drake's Uncharted saga, the beginning of a new chapter in the Mass Effect series, the arrival of Link and Zelda in HD on the Wii U, a new Dark Souls game, and much more. Sure, there are plenty of intriguing brand-new properties arriving this year, too—and we'll preview those a bit later this week. For now, take a look at this year's notable returning videogame series.