13 Films to See in October 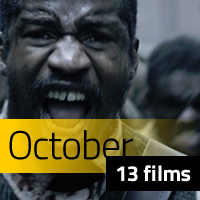 October. It's the time of year when the leaves are changing color, election season is heating up, and the Cubs are doing whatever they can to avoid a World Series title. (Well, maybe not this year.) October also marks the return of serious movies to the cineplex as the first batch of this year's awards contenders are unveiled. And there are certainly some noteworthy releases due in the coming weeks, including this year's big Sundance winner, the latest films from Ava DuVernay, Park Chan-wook, Kelly Reichardt, and Terrence Malick, and 2016's highest-scoring film.