Renew/Cancel Odds for TV Shows Still on the Bubble 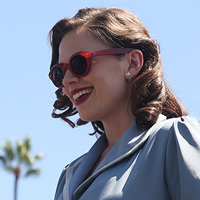 We are now two months away from TV's upfronts, when the broadcast networks announce their schedules for next season—and, with them, the final fates of all of their current programs. At this point, ABC is alone among the major networks in announcing renewals for the bulk of its current slate, while NBC has renewed a handful of programs. Many shows on the other networks (and even a few on ABC and NBC) remain on the bubble.

To determine which of those shows look safe, and which are in danger of cancellation, we have surveyed a variety of experts. Below, browse the resulting renew/cancel odds for 40 scripted shows still on the bubble (listed in alphabetical order).