12+ Films to See in December 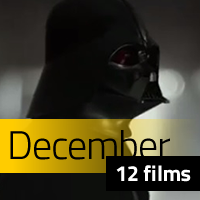 With Academy Award nominations rapidly approaching, December is the month when several major contenders will finally be unveiled. While most moviegoers must wait until January to see films like Martin Scorsese's Silence, Ben Affleck's Live by Night, Mike Mills' 20th Century Women, and Theodore Melfi's Hidden Figures, there are still plenty of solid choices headed to a cineplex near you this month, including Damien Chazelle's La La Land, Denzel Washington's Fences, Pablo Larraín's Jackie, and more. We've picked out the best of the bunch below.