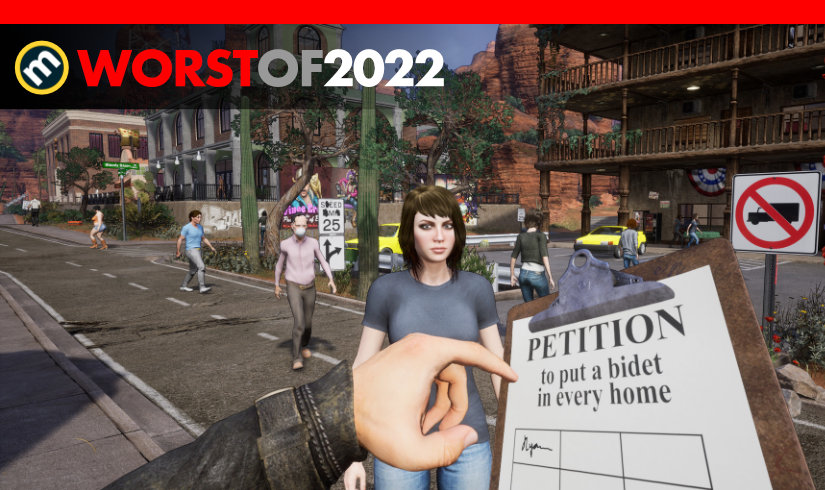 The gallery on this page ranks the lowest-scoring games released for any platform between January 1, 2022 and December 31, 2022. Games are ranked by Metascore (as of December 12, 2022) prior to rounding, and any titles with fewer than 7 reviews from professional critics are excluded. (In other words, these bad games are all major enough to get reviews from multiple publications.)

If a single title would have landed on the list multiple times due to low scores on more than one platform, we only included the lowest-scoring version.