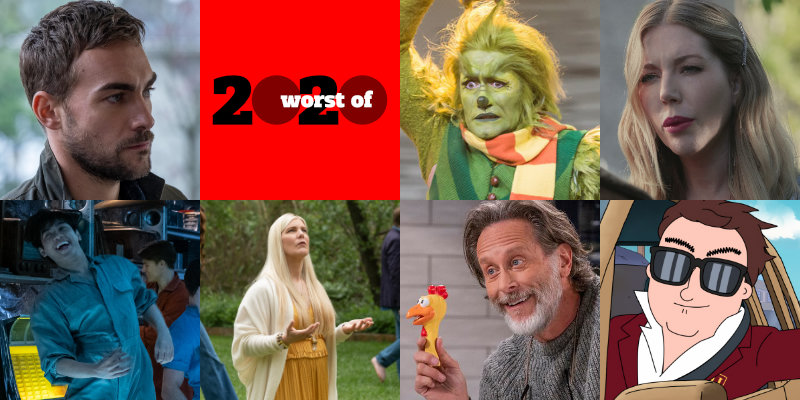 What were the biggest television duds of the past year? Above are the lowest-scoring first-year primetime TV series (including limited series and specials) debuting in the United States between January 1, 2020 and December 31, 2020. Shows are ranked by Metascore (an average of grades from top professional critics on a 0-100 scale) prior to rounding based on scores from December 19, 2020, and must have at least 4 reviews from professional critics to qualify.