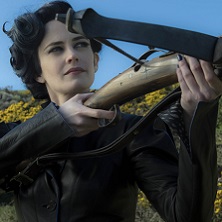 If you didn't know Tim Burton's new movie Miss Peregrine's Home for Peculiar Children was based on a best-selling novel, you may have guessed it was written just for this director. Burton has made a career of celebrating outsiders, of both the living and undead varieties, in live-action and animated form.

In honor of Burton's 18th feature as a director, let's look back at his previous 17 efforts, which are ranked by Metascores from (relative) worst to (arguable) best.