In the gallery on this page, we rank every* Ratchet & Clank game to date by Metascore, from worst- to best-reviewed. Some R&C games were issued on multiple platforms, and rather than clutter our list with countless versions of the same game, we limited our selection as follows:

• ... but if a title was substantially remade for another later-generation platform, the remake is treated as a separate game and included in our rankings. (We're looking at you, PS4 version of Ratchet & Clank.)

* We have omitted the 2005 cellphone (but not smartphone) game Going Mobile, which was not covered on Metacritic. (GameSpot has a review if you are curious.)

All photos courtesy of Sony Interactive Entertainment unless otherwise indicated.

What to Watch in June: 17 Notable TV Shows & Streaming Movies 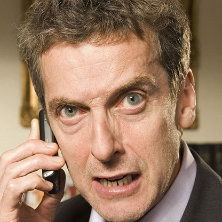 25 Great Workplace Comedies to Stream (That Aren't 'The Office')
Next Up: